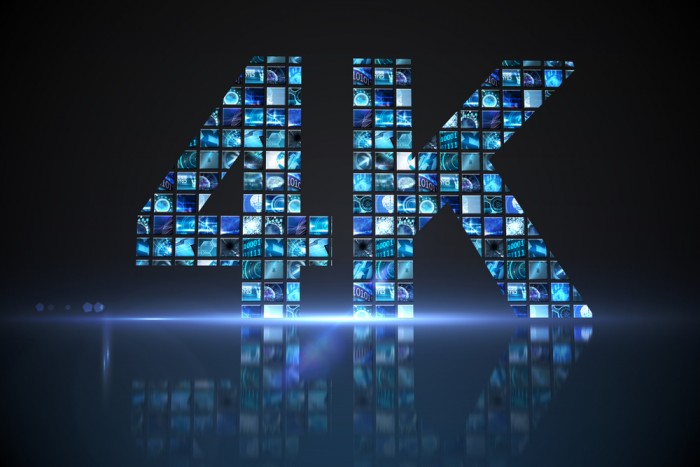 Industry leaders in manufacturing and production are joining forces to standardize the way we shoot, broadcast and talk about 4K technology.

One of the biggest issues for film and video producers, as well as consumers, has been the confusion surrounding 4K technology. 2014 was definitely the year of the new high-def format, but we had an issue on understanding what that format was. By using ‘4K’ and ‘Ultra HD’ (UHD) interchangeably we’ve only increased our confusion. Luckily the manufacturing tech giants have decided to join forces with the film industry titans in order to bring cohesion to the chaos. It’s time to standardize 4K.

One note: The Alliance hasn’t actually set in stone which format terminology will be used, so we’ve used ‘4K’ in this post.

Since it’s inception the TV manufacturers and Hollywood studios have had very different opinions on how to utilize 4K video and how to distribute it. In an effort to bring these differing opinions together, Samsung announced a partnership between industry elites, dubbed the ‘UHD Alliance’, at this year’s Consumer Electronics Show (CES). This alliance will work together to standardize the use of major elements of 4K technology including terminology and deployment systems. 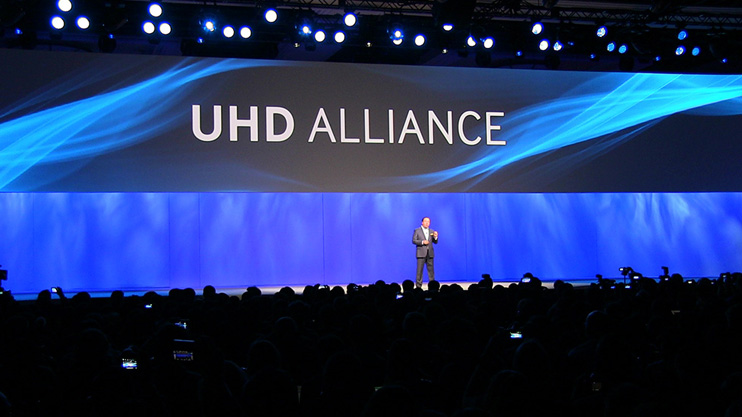 The list of participants is pretty significant with Samsung, Panasonic & Sharp bringing a manufacturing perspective, while Netflix, Disney, Warner Bros., 20th Century Fox, DirectTV & Dolby bring a video production perspective. Sony is the only member to be a part of both sides of the alliance, as they have a foothold in both manufacturing and video/film production. While there is no word on the initial actions and steps the alliance is taking, the common consensus is that they will address the misconceptions around 4K and UHD. 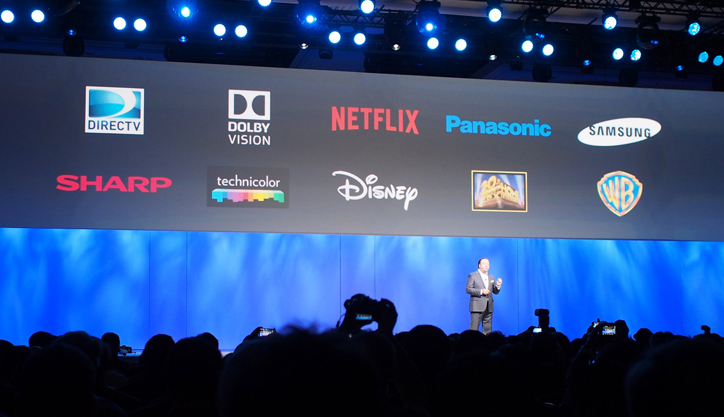 Leading to a lot of the confusion has been the switch from characterizing resolutions based on width rather than height (as was the case for 1080 & 720). Since both 4K and UHD have the same width factor of 2160 you can see why they’ve become interchangeable in our lexicon. In fact we began labeling UHDTV as 4K, even though UHDTVs have resolution below the industry standard 4K resolution(4096 x 2160). In fact, if you Google search “4K resolution” you’ll get this… 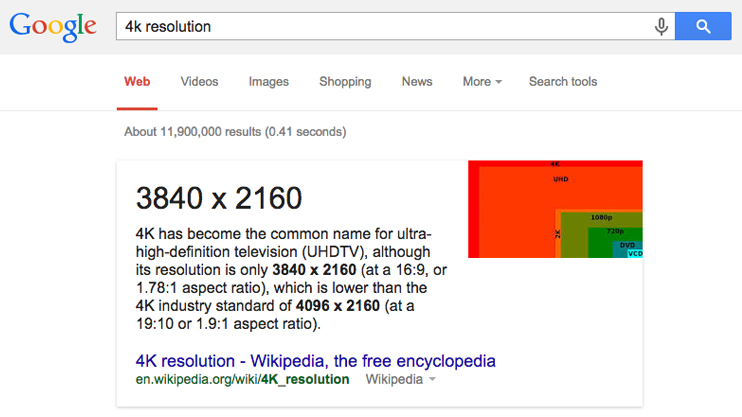 Wait… what… I thought 4K was 4096 x 2160? That’s not confusing (sarcasm). This is another example of the terms 4K and UHD being used interchangeably.

So, let’s sort through the mess. We’ve compiled all of the resolutions that have anything to do with 4K and UHD in the table below. Here we give you the format name, resolution, aspect ratio and pixel count.

First off is DCI, the Digital Cinema Initiatives group. This group was formed in 2002 and consists of MGM, Paramount Pictures, Sony Pictures Entertainment, 20th Century Fox, Universal Studios, Walt Disney and Warner Bros. At the onset of digital cinema in the early 2000’s they came together to establish standards for the film industry and have continued to do so (you’ll see the standard 4K format below). 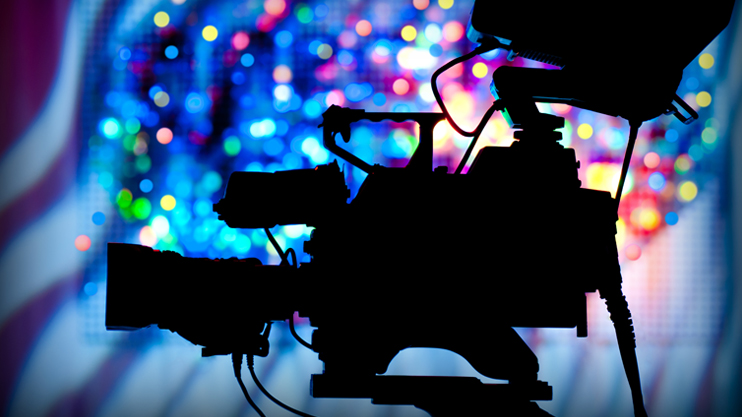 Now, lets look at Ultra High Definition Television. This format is governed and defined by the International Telecommunication Union (ITU) with the first manufactured UHDTV being the T220 production monitor by IBM in 2001. From this point on, TV manufacturers have used the UHDTV standard for consumer televisions. However that has changed in recent years with some manufacturers releasing TVs that showcase the native DCI 4K resolution.

WHXGA is apart of the hyper extended graphics array. This format terminology is used more for developers of display technologies, so it’s not as important to consumer and content producers as DCI 4K or UHDTV. As of today, there are no monitors that can display WHXGA. However several of the digital and production cameras we use on our productions can capture at this resolution.

4K, UHD…what does this all mean?

For consumers, standardization is a huge win. This eliminates the confusion around what product to buy. This is also a huge win for filmmakers and video producers, particularly in feature film and television. There will be a de facto format that everyone will adhere to.

If you’re a filmmaker or video producer who produces mostly for web or mobile, you may be thinking “4K isn’t a big deal to me”. That’s changing too. 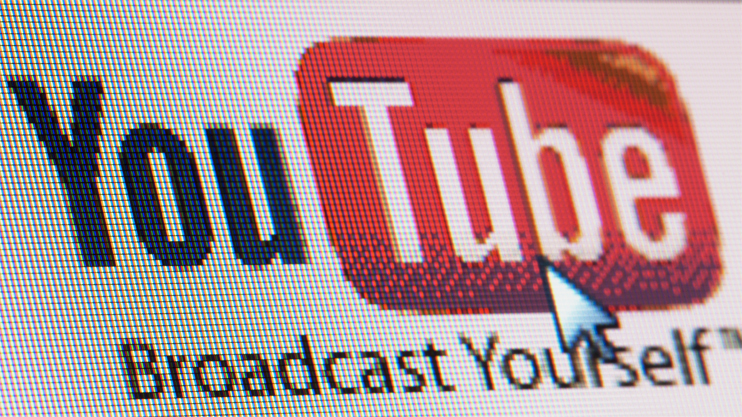 Youtube introduced 4K streaming earlier this year by way of the VP9 format, and this past December Vimeo announced that they will begin offering 4K content through the Video on Demand service (although there was no announcement on when streaming would be available). Now, take the recent prediction from Netflix that both the Playstation 4 and Xbox One will release 4k ready consoles later this year and you see a new road being paved. Also, lets not forget that new iMac’s have 5K displays while the newest iPhones quietly came out with built-in UHD capability. I’d also expect an upgrade to 4K for the Apple TV, Roku, etc. to happen soon as well.

Nothing but good can come from it, It’s just a great opportunity for the industry to rally around UHD. – Bill Lee, Samsung’s VP of TV

I’m inclined to agree with Bill. It’s an extremely good thing to standardize how 4K content is shot, deployed and viewed. And while smaller production companies will probably take longer to adapt to 4K, the larger corporate and television entities will be jumping on.