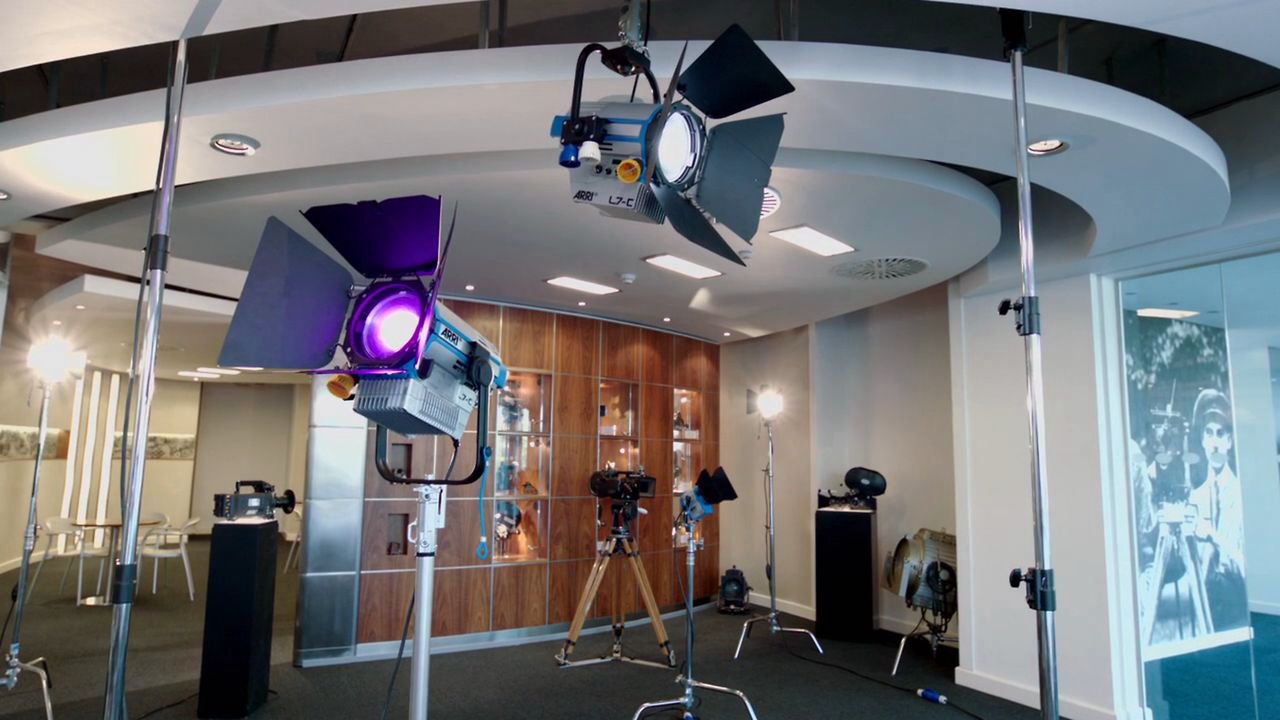 LED lights are being used more in production, but how do they stack up against fluorescent and tungsten?

Lighting carries a great weight in film and video in terms of setting a tone and mood that directly effects the audience. While most productions still use the traditional tungsten or fluorescent light kits, LEDs are becoming more and more of a real option for filmmakers. Taking notice of this, manufacturers have really been pushing toward bringing LED lights into the professional production market.

ARRI now offers some amazing LED Fresnel lighting options with it’s L Series. Other professional grade LED Fresnels can be found through Flolight or LitePanels. However these options are expensive.

If you are working on a tight budget turn your attention toward Yonguno, which has begun producing the YN160 LED lights – great lights and cost effective. I was on a documentary film shoot recently that used these lights due to their portability and I came away from the experience incredibly impressed by their capabilities.

Let’s start by taking a look at the pros and cons of LEDs, fluorescents and tungstens…

Pros and Cons of LED vs Tungsten Lights

LEDs are capable of producing a high range of light. For example the ARRI L Series comes in tungsten, daylight and tunable white/color giving a production team a wide range of lighting capabilities. In addition to the range of light, the mobility and operating temperature of LED lights is something that cannot be ignored. In the past when working with traditional tungsten lights, my crew would have to wear leather gloves to make any lighting adjustments due to the high operating temperature. However with LEDs things can be changed at a moments notice. The ability to do this cannot be understated.

Remember to take into account that LEDs can be run through standard AC power sources or by way of batteries, so power consumption costs are very low compared to tungsten lights. You can also safely plug 3 or 4 LED lights into one power strip, versus needing to have each tungsten light on its own circuit.

Here is a nice introductory video to the ARRI L Series LED Lights by Clearhead:

One area where LEDs have been playing catch-up is with price. Tungstens are still the most competitively priced in terms of professional grade lighting solutions. A traditional ARRI Tungsten 5 piece Light Kit with run you around $3,000, while one single ARRI Tungsten LED light with run you around $2,000. However as I stated above, there are lower cost options for LEDs such as Yonguno and Flolight. Keep in mind though that these lower cost solutions wont give you the same light quality as the ARRI L series kit, but they are satisfactory for most applications.

Check out the first part of Film Riot’s episode on LEDs and tripods. The always insightful Ryan Connolly demonstrates how to create a DIY LED lighting strip.