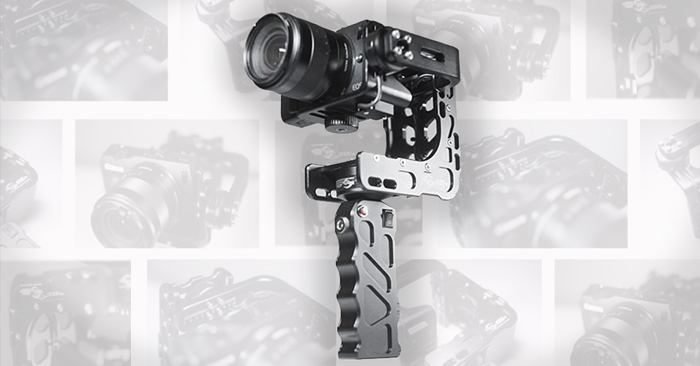 The Nebula 4000 Lite is the newest stabilizer from Filmpower Inc. But is it worth the price tag?

2014 seemed to be the year of the gimbal…it seemed every month we were getting a new gimbal or stabilization rig! Filmpower Inc. is a relative newcomer to the market, with their line of Nebula 3-Axis gimbals for cameras like the Canon 5D Mark III andt RED Epic. Now Filmpower has just dropped a lite version of their Nebula gimbal with the Nebula 4000 Lite 3-Axis Stabilizer.

Here is a quick test video using the Nebula 4000 Lite by Ken Asano:

Hands-on Experience with the Nebula 4000 HD

Dave also gives a nice walk-through on the software for the Nebula 4000 HD:

Final Impressions of the Nebula 4000 Lite

The major positive of the Nebula 4000 Lite is first and foremost the price point. At $699.99 it won’t break the bank for most video pros.

Now, the major downside to this gimbal is the weight capacity. It can hold up to 2.1 pounds, so that really limits you to what cameras you can attach to it. Many of the tests I’ve seen use a Sony A7, but Filmpower Inc. also showcases compatibility with the Panasonic GH4, Blackmagic Pocket Camera, GoPro and iPhone.

There are cheaper alternatives for the iPhone and GoPro that produce the same quality stabilization like the Feiyu FY-G3 which comes in at less than half of the Nebula 4000 Lite. I would have liked to have seen this stabilizer have a max weight capacity of around 3-4 lbs, but again, considering the price it’s not too much of an issue.

Another area where I’m not completely sold on the gimbal is the hex adjustment. I have to agree with Dave Dugdale here. If this were tool-less, I think it would take it to another level. With most of the setups I’ve seen, the Nebula seems as if it’s very finicky in terms of balancing. I’ve also seen several instances where people have warned about setting up the software correctly (apparently it’s not easy).

While the price point is nice and the results are impressive, this gimbal simply has too many limitations and obstacles. There are too many other options, such as Glidecam’s iGlide and XR Series of stabilizers, at lower price points that provide comparable features.

Do you have any thoughts on the Nebula 4000 Lite? Let us know in the comments below.