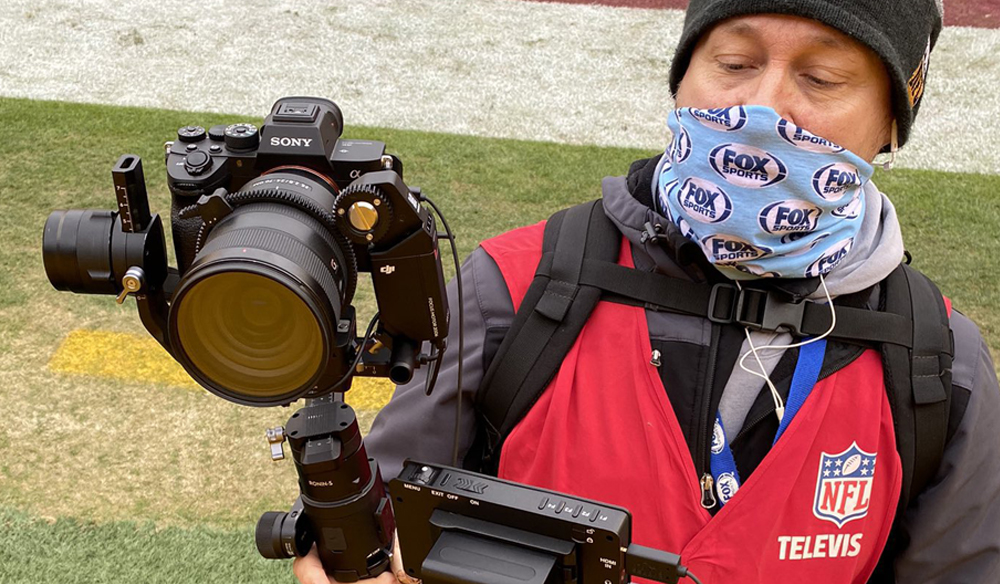 The NFL is changing the game with the NFL Playoffs and Super Bowl LIV. Fox Sports and CBS Sports add Sony mirrorless cameras to broadcasts.

NFL games on CBS Sports and Fox Sports certainly have a new feel to them. Both networks have turned to the use of Sony mirrorless cameras and gimbals to capture intimate moments like touchdown celebrations.

In the featured image above, courtesy of NFL Networks Mike Garafolo, you can see camera operator Mike Smole using a Sony a7R IV with a Sony FE 24-70mm f/2.8 GM lens on a DJI Ronin S. This “poor man’s Steadicam” was used to capture touchdown celebrations during the playoff game between the Seattle Seahawks and Washington Redskins.

On the cameras live HD feed back to the truck, Mike Davies, SVP of technical and field operations for Fox Sports, said in an interview with SVG News:

“Obviously, you’ve got to flip it through a color corrector of some kind,” he says, “but we feel [that] cameras that look so different from other cameras [on the broadcast] while painting with ultimate control are every video engineers’ dream. One of the things we were fairly impressed with was that the camera seamlessly cut into the rest of the cameras, despite being a totally different device. In time, we might be able to find some hooks and handles, but, altogether, the only control you have over a camera like that is the color corrector on the backend.”

Fans reactions on social media loved the Madden-like look with close-up shots and a shallow depth of field.

The reaction was so positive that the NFL embraced the look throughout other playoff games, including this year’s Super Bowl between the Kansas City Chiefs and Tampa Bay Buccaneers.

For the Super Bowl, CBS Sports announced that over 120 cameras would capture the game from every angle.

While Fox Sports stuck to the Sony a7R IV and Ronin S for their go to touchdown camera, CBS Sports turned to a few other Sony cameras.

The CBS Sports crew made use of two Sony VENICE cameras on Steadicams throughout the playoffs.

During the Super Bowl, they stuck to the Sony Venice in each end zone and also added an additional brand new Sony a1 on a MōVI.

Jason Cohen, VP of remote technical operations at CBS Sports talks about the Sony a1 with SVG News:

“The operator has been blown away by how cool it is and how fast the autofocus is. He said it’s amazing because he literally just touches a screen to select the subject that he wants it to focus on and it is instantaneously locked in the focus.”

Here are a few more great celebratory moments courtesy of the NFL. 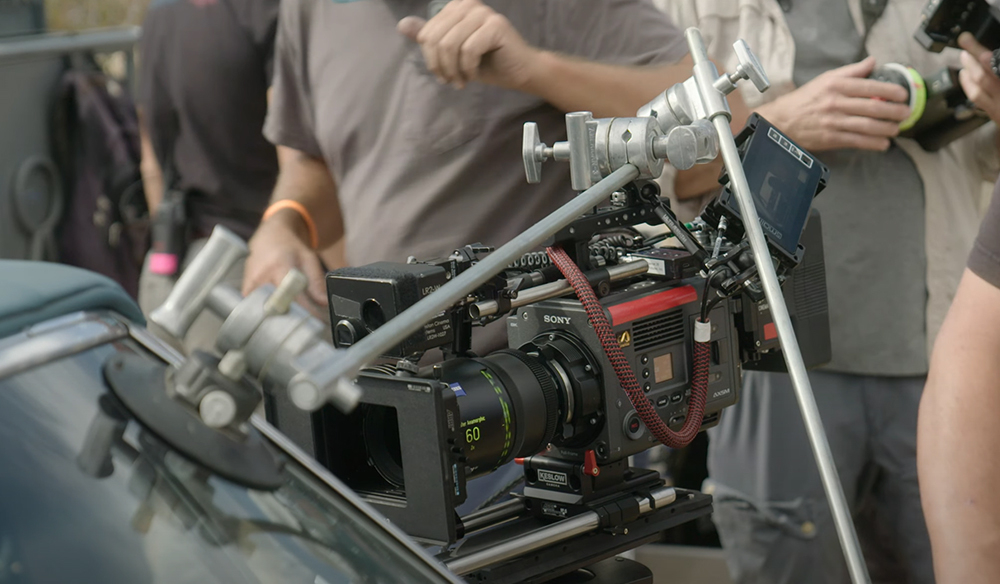 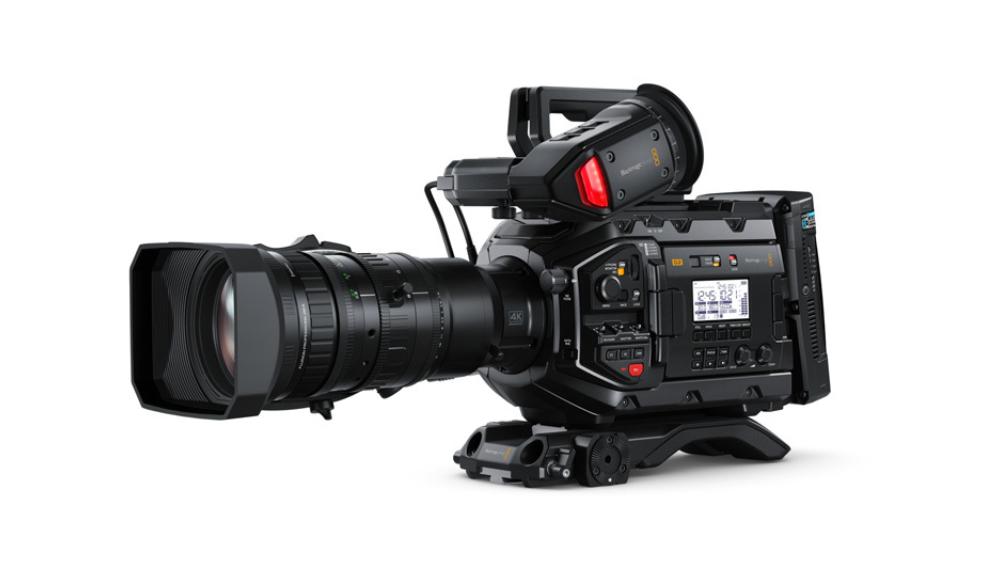