Join us, as PremiumBeat.com begins featuring customer spotlights about some of our most valued patrons. This month, we’re highlighting CinemaCake Filmmakers, a Philadelphia-based wedding and event film-making business. 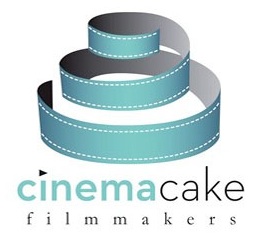 I had a chance to sit down over Skype with CinemaCake owner, Dave Williams, and asked him about his business, the industry, as well as some of his revolutionary techniques in making wedding videos.

Watch some of his responses here:

And here are some brief excerpts from our conversation:

Tell us a little about CinemaCake as a business.  What makes CinemaCake a premier option for wedding videos in the Philadelphia area?

“From the beginning… we’ve always approached everything more as filmmakers/cinematographers, rather than your stereotypical videographer…the ‘V’ word, as we call it…”

With your “stealth techniques,” how would you say the behavior of the wedding guests is different than it would otherwise be?

“We’re very good with blending in with the crowd and making sure that people don’t know a film is being made. A lot of that comes with the equipment we use (Canon DSLRs)… so at worst, people will think another photographer is in the room. And as you can imagine, people act very differently around a photographer than around a videographer.”

What do you use for post-production equipment?

“We’ve always been Apple fans. We’ve used Final Cut Pro since the beginning of time. And, for the last few years, we haven’t captured any tape. It’s a purely digital workflow that we have. That has made our same-day edits, which we’re known for, a lot easier to produce…”

Regarding FCP X, Dave says they’re holding off until FCP X comes out with several more features necessary for their workflow, and then they will transition over.

“ShootQ the program we use. It’s online database contact management, contract management—it does everything. In there, is the ability for the client to fill out questionnaires… it’s just a lot of information that is very helpful to have up front… and all of us have access to it.

“In the old days… you had to sync sound from different cameras and different audio sources.  It was painstakingly difficult. Now, with a program called PluralEyes… the software uses the waveforms from the different sources to sync everything up. This is very important because it saves a LOT of time.

Can you explain how you do a “Same Day Edit”?

“Same Day edits are a lot of fun. And there are various flavors of a same day edit. The pure same day edit is where we start from scratch—where we literally create the film that day, and everything we show that night was shot, created, and edited that day. Then, we’ve had some films where we’ve had the opportunity to do some pre-production… and then, for the day of—we leave holes in the Timeline for things we know we’re going to need.

It blows people away. Because when people are watching it at 10:00 at night, they’re seeing something that just happened an hour and a half ago. It freaks them out—standing O sometimes.”

Explain how you approach attaining music, (including from PremiumBeat.com).

“Picking music is one of the most rewarding things… but it’s one of the most difficult things. Editors can agonize over the right piece of music. Because…we want to tell a story; we want it to fit… and getting that to feel right—it can make or break a film.

Of all of the sources we’ve used for music, PremiumBeat.com is one of our favorites. It has a huge selection… many genres… it’s easy to navigate on the site… it’s easy to find a song… and it’s relatively inexpensive. It’s been fantastic. People love the music, and it really makes our job so much easier.”

What tips would you give to someone just starting out in the wedding video business?