Open the After Effects project file that originally created any asset you want. The handiest feature you’ve never used!

This cool little feature is something that I first came across several yeas ago, then promptly forgot about. Luckily, it came to the surface of my mind when a coworker was in need!

To top it off, he didn’t know where to find the actual comp he should use to make the new lower third. That’s where this feature came into play (once I remembered it!).

Here’s how it works: You’re looking for the After Effects project that originally created a movie file – “Fire Loop.mov ” in my example case: 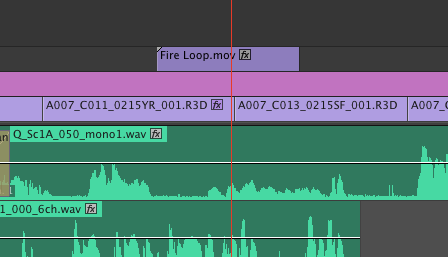 You can right-click the movie file (QuickTime or otherwise) in either the timeline or the project panel, and then select “Edit Original” from the context menu: 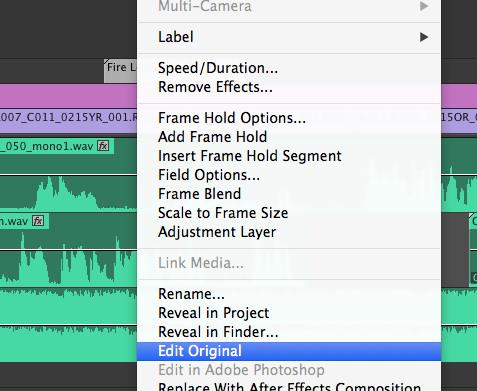 This opens After Effects and loads the project file that originally created it, with the comp that created the asset you selected opened: 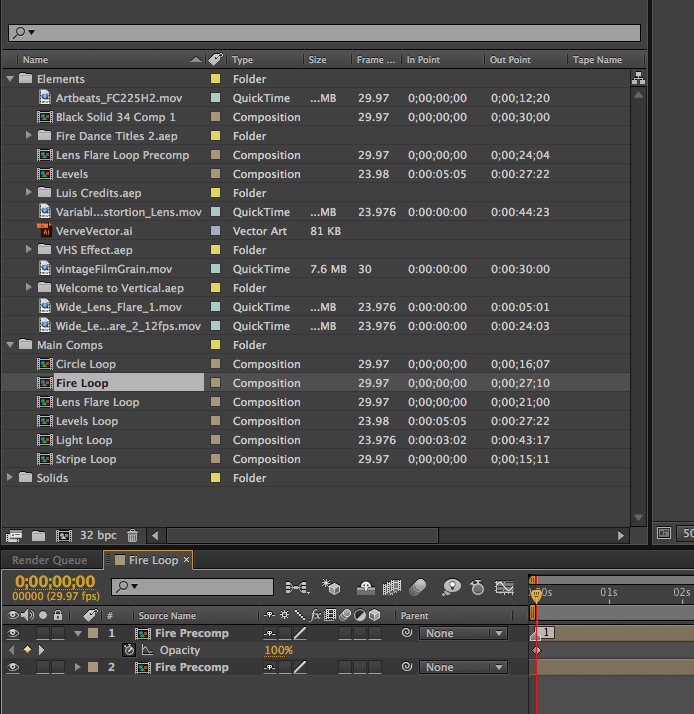 It seems like the path to the project file is embedded into the file during output from the render queue, so it’s import and to note that this will not work if the project file has been moved.

On the bright side, it does give you a warning with the original location of the project file, so hopefully you can use that to locate it f you archived the project to another drive:

This feature will work in both Premiere (where my coworker was making revisions) and in After Effects if you’ve pulled in renders from one project into another. It’s really handy when you’ve pulled in assets from all over the place.

I hope this keeps you a little more sane when making revision to old projects – or trying to find what you need in another editor’s jumbled mess!