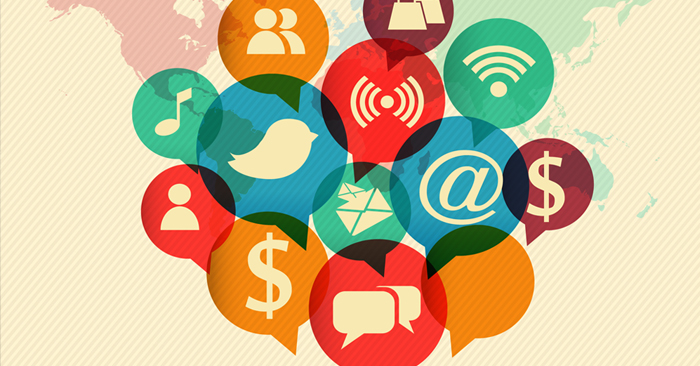 Prepare Adobe Illustrator files for use in After Effects in just a few easy steps!

I often use a lot of vector assets from Illustrator when doing heavy motion graphics in After Effects. After Effects can import .ai and .eps files, but unless they files are set up properly, getting the pieces as individual layers in After Effects takes some prep work. Luckily, it’s made really easy with one quick command!

For this example we’ll use the following vector: 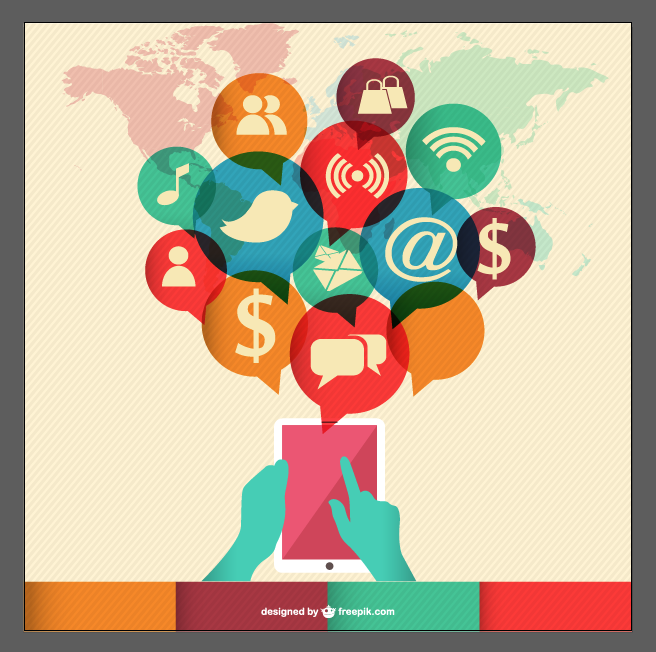 You’ll notice in the layer panel that there are multiple elements broken up, but they’re not in top-level layers. This is an important distinction: Even though Illustrator can have sub-layers, After Effects will only separate the top-level layers.

The document’s layers in Illustrator:

To quickly separate the objects into different layers, first select the parent layer. Next, click on the drop-down menu in the top right of the layer panel and select “Release to Layers (Sequence).” This will put each object inside that parent layer into it’s own sub-layer.

Make sure you choose “Sequence,” not “Build”: 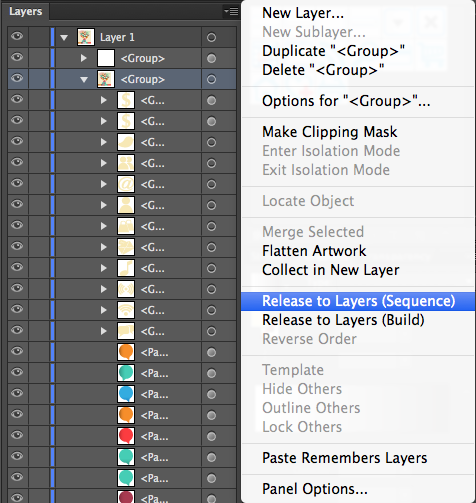 New sub-layers are created for each object/group:

The last thing to do in Illustrator is to select all of those sub-layers and drag them to the top to create new top-level layers. Save the file and move over to After Effects.

Drag them to the top:

In After Effects, import the file as “Composition – Retain Layer Sizes,” which will keep the individual layer’s size instead of making everything the same size as the “artboard” (the document size in Illustrator). 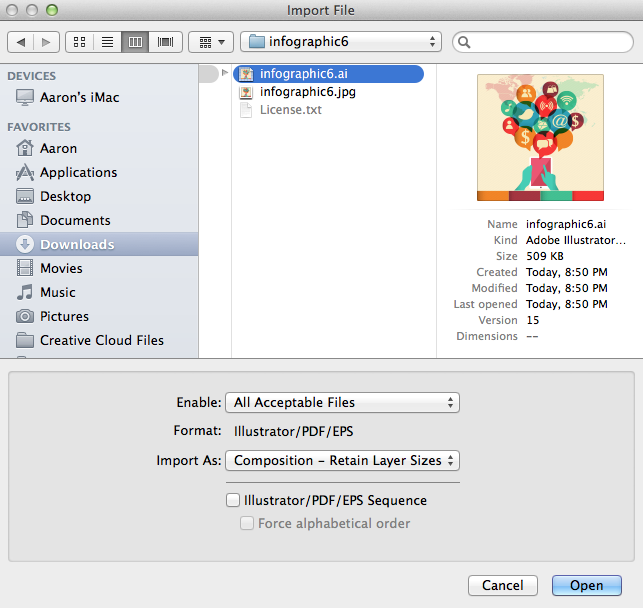 All the layers move over to After Effects: 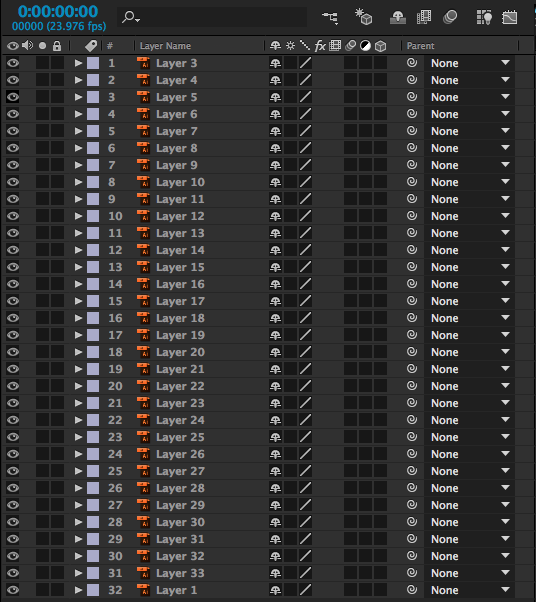 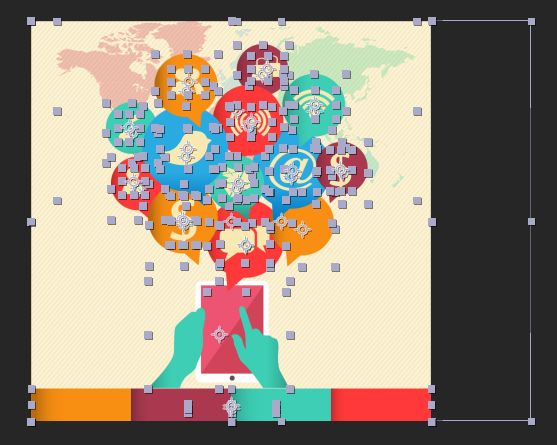 Each layer is the right size.

And there you have it; After Effects will pull each layer from Illustrator in as a separate, properly sized layer in a new comp!