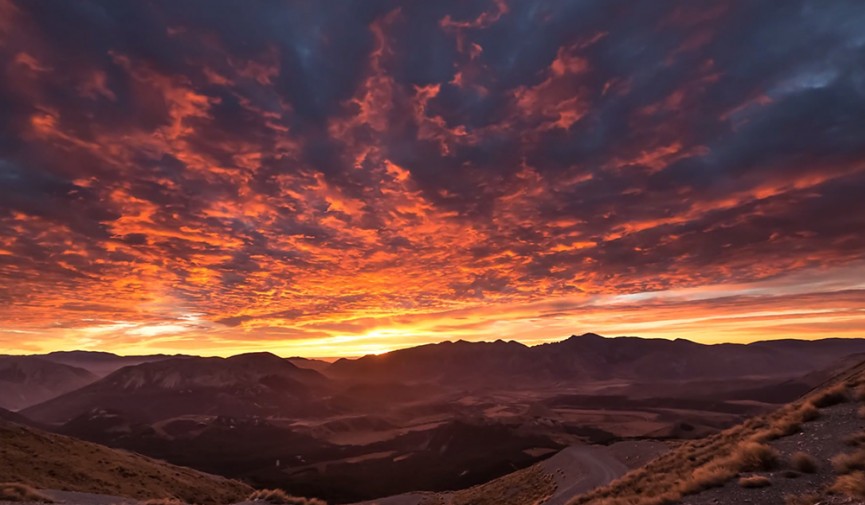 We spoke with filmmaker Martin Heck and asked him a few questions about the process of creating amazing timelapse videos. Here’s what he said.

If you aren’t familiar with Martin Heck and his production company Timestorm Films, you soon will be. Martin is a freelance timelapse photographer from Germany who travels the world looking for that one composition. His work is stunningly beautiful and crisp, which doesn’t come from an ARRI or a RED but rather a Canon 6D and Sony A7S. We were lucky enough to catch Martin between productions and got his insight on how he creates these works of art.

1. First and foremost, what made you want to get into time-lapse photography, and was this something that you were always interested in?

My interest in timelapse-photography basically started with a very old 0.3mp webcam I found in our basement and discovered a basic intervalometer setting in the software. This was in 2008 when I was 15. In this time, timelapse wasn’t that common as it is today and really got my full attention as it was very cool for me to see all the time compressed in a little 15s video.

Purchasing better cameras and figuring out how to edit those timelapses really taught me everything I know today. I began building my own motion-control equipment and shot timelapses every time I was on vacation. 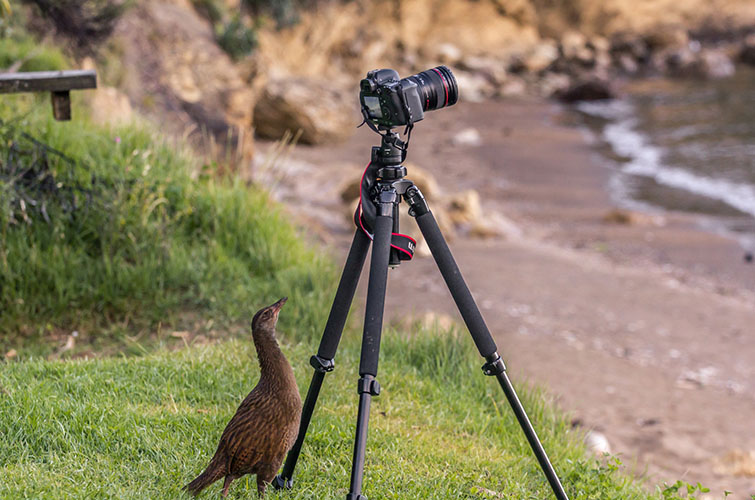 With the first inquiries for my stock footage coming in 2010 I began to realize that there might be a market for timelapse and I was slowly able to get into higher end tech from this income.

Now I am a freelance timelapse photographer, shooting 8K and traveling the world for those shots.

So to conclude this question: Time-lapse really was the reason to buy my very first camera. So I would say this was something I was always interested in.

2. What is your process like for finding the right timelapse subject or space?

I pick spots from seeing photos on the internet, Google Maps, or places I have been before but wasn’t able to timelapse them. The next thing I do is check the environmental situation over time: Where and at which time does the sun rise/set. Same thing for the moon rise/set. What the moon-phase is and where does the milkyway rise and set. Sometimes I check if there are nearby roads were headlights from passing cars can ruin the shot. 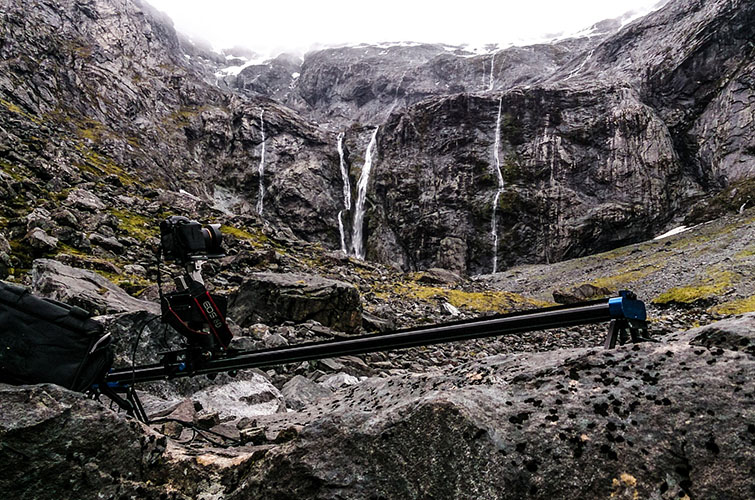 Then there are weather conditions to be observed. When doing trips to foreign countries, I also consider which season is the best to capture the kind of shots I’m looking for. Even the the humidity sometimes plays an important role as it could condensate on the lens.

Those are a lot of factors going into the decision of finding the right location and time. When on location I always try to frame my shots in the most interesting way possible, while keeping it “clean.” Meaning that if there is one thing in the scene I don’t like (sometimes a fence, a sign, lights, buildings etc.) I will move my camera until it’s right. I always ask myself how and why I do something. I also don’t like to use a slider every time just because I can. Often there’s no reason to have a moving camera, in fact keeping the camera still can make for some pretty epic shots.

3. What are some of your favorite places that you’ve filmed? What made these places special to you?

There have been a lot of amazing locations I’ve visited in the past few years. Talking about New Zealand and Patagonia: These places are widely considered as the most beautiful places on earth. But last year I had the chance to shoot in a glow-worm cave system in New Zealand. It’s was really a tough but incredible experience. Being in a cave for 36 hours, lit only by glow-worms and in absolute silence, really gives a feeling of being on another planet.

Other amazing places are Fjordland (NZ), Torres-del-Paine (Chile), Fitz-Roy-nationalpark (Argentina) and the Dolimites in South Tyrol.

Then there is of course the eruption of the Calbuco volcano in Chile in late April of this year. That was the most jaw-dropping thing I’ve ever experienced. It’s hard to describe but when you feel and hear the deep rumbling from 30KM (18 Miles) away it makes you feel very small.

4. What techniques and advice could you give someone that is looking to get into timelapse photography. Are there things they should avoid?

I always say timelapse is the art of predicting the future. Make sure you know as much as possible about your location before shooting. It is easy to get lost in the technical details, but avoid dealing too much with what gear to buy and so on. It’s really a thing of learning by doing. If you make mistakes you learn from it and will never do them again. I still learn things today that I never thought could have happen.

When starting out keep everything simple. A tripod and a camera. Static exposure. Then you slowly get into more advanced techniques like exposure-ramping and motion control. Make sure you don’t underestimate the factor of post-processing. Always go for highest-quality route even if it takes much more effort.

5. What tools are in your toolbox? What does it take to get the amazing shots that you’re able to capture?

I currently own a Canon 6D and Sony A7s. Those are my main workhorses, together with a bunch of lenses from Canon and Samyang. For motion control, I use an eMotimo TB3 Black and a customized Dynamic Perception Stage One slider.

On our latest trip to Patagonia, I shot with the Pentax 645Z medium-format camera (25mm, 55mm and 120mm Pentax lenses) to get 8K resolution. 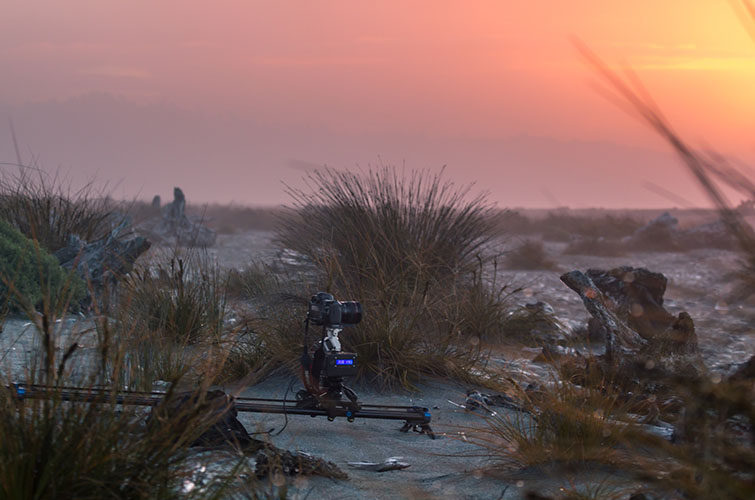 That’s my “toolbox” and it helps to get the best quality possible, but it is far from mandatory for doing timelapses. I still shoot sometimes with my old Canon 550D/T2i. Still does a perfect job.

But most important, in my opinion, is being dedicated about what you do. If you get up every 2 hours in the middle of the night when it’s 2°C to check if it’s started to rain or if condensation is building on the camera, you really know why you’re doing this. Those shots are most rewarding. It’s hard to get those shots and that can been seen in the footage.

6. Could you give us a rundown of the your favorite cameras to use? Also, what have you used in the past?

Currently, without doubt it’s the Pentax 645Z. With 51MP and an outstanding dynamic range, it’s a very powerful camera. It’s an expensive camera (That’s why I don’t own one) but clearly the best I’ve used so far. Besides this, I use a Canon 6D and Sony A7s. From the beginning, I used a Lumix TZ3, TZ7 and Canon 550D. New cameras appear almost on a daily basis these days, so my kit will change over the time.

7. How many cameras do you use to get the shots you’re after?

In Patagonia we mostly used all of our three cameras we had with us. But, when hiking, I have to limit myself to what I can carry. Which is mostly two cameras, three lenses, slider and tripod.

8. To get the smooth fluid motion in your shot,s do you use the eMotimo TB3 alone? Is there other gear?

Beside the TB3, I customized my Dynamic Perception Stage One slider with very lightweight carbon rods and shaved of some weight to make it more backpacking-friendly.

Want more content on film techniques? Then check out these articles from PremiumBeat.

Are you exploring timeplapse photography? Did this interview with Martin Heck help shed light on the process? Let us know in the comments below.