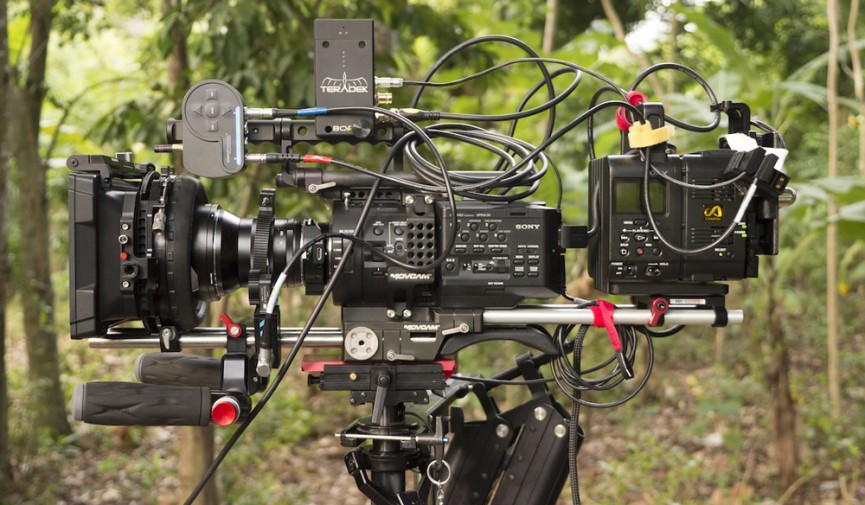 The FS700 price drop can mean one of two things… Either the market has caught up to the device or it’s obsolete. We have a feeling we know which one it is.

If you really break it down and look at this in terms of hardware aging, then the Sony FS700 is ancient. When it was released in June of 2012, the 700 was a beast of a camera. It came equipped with a 4K Exmor Super 35 CMOS sensor and used an array of recording medias, from SDHC to Memory Stick PRO Duo. But where the camera really made its bones was in the frames per second, which allowed up to 960fps, with 240fps in HD and up to 60fps in 4K.

I’ve had several fellow filmmakers swear by the FS700, and I’ve been able to use the camera on several occasions. My experience with it has always been a pleasant one, but I was never able to use it in a run and gun situation, only a static one with it resting comfortably on a tripod.

Now with this latest price drop I may finally get a chance to do just that.

Sony has announced that it is dropping the price of the FS700 by $1,000, which brings the final price of the camera to $4,999. Now, here is where that question of what type of price drop this is comes into play. 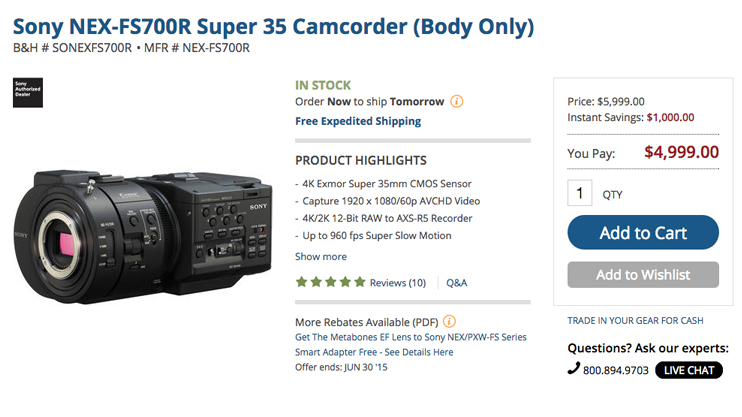 Sony, as recent as last year, dropped the price of the FS700 from $7,000 to $6,000. Now factor in another drop this year and the fact that it is now a full three years old, well… you can read the writing on the wall.

We already have the FS700’s heir apparent in the Sony FS7, which starts at $8,000 and comes with the ability to record 4K internally – a feature missing from the FS700.

But just to show you what the camera can do,check out this EPIC video of the FS700 in action by Neumann Films.

The real question is: After purchasing the FS700, is it worth spending an extra $2,200 on the HXR Interface just to film in 4K? A year ago that question might have been easier to answer, but now with several affordable 4K cameras on the market, well, the sell is a little tougher. And I’m not sure the ability to shoot at such a high frame rate is enough.

Want more content on camera equipment and news? Check out these articles from PremiumBeat.

What are your thoughts on the price drop of the FS700? Is it enough to get you to buy one? Or will you go with another 4K option? What is that option? Sound off in the comments below.