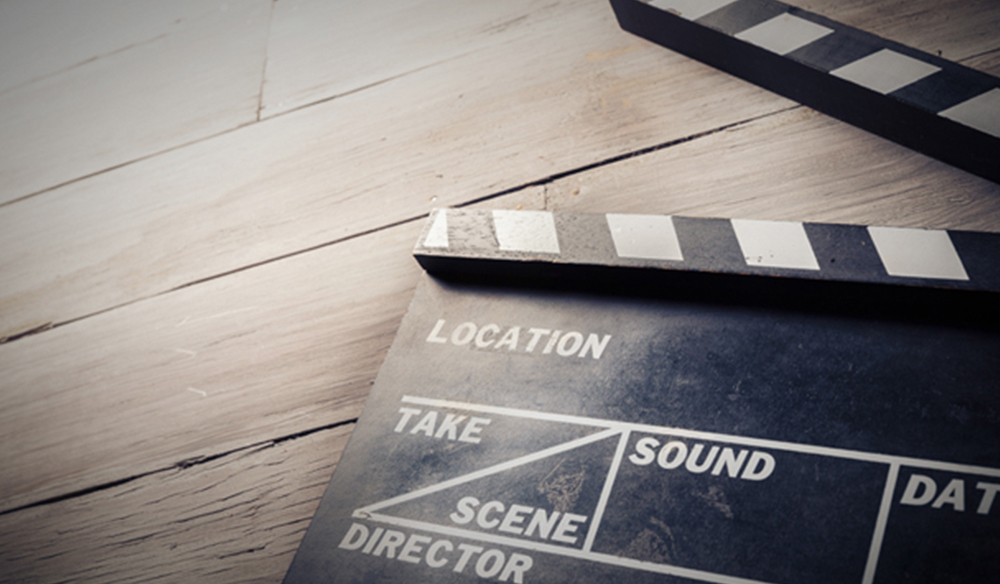 State of the Industry: Film Production

The film and television production landscape is changing. Is Hollywood fading?

The traditional Hollywood model is being disrupted by emerging technologies and the ‘second screen’. Film productions are leaving the nest of Hollywood and new distribution platforms are emerging…and succeeding. In this post we’ll address the latest trends that we (filmmakers, content creators, video producers) need to be aware of and take a look look at where the industry is heading. 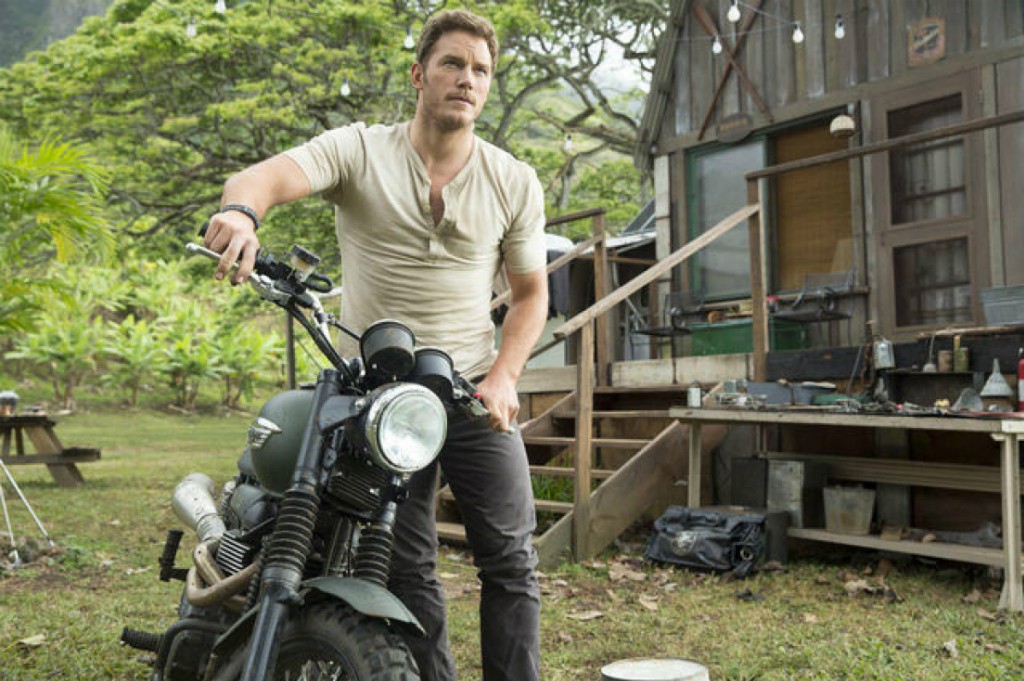 Over the last decade film and television production has steadily made a shift in terms of locale as more and more productions are leaving Hollywood for southern U.S. States, as well as other countries. As The Wrap wrote in a March article, 1997 saw 68% of the top 25 box office films produced in Hollywood but by 2013 that number was down to 8%. In 2014 there were 26 live action films with a budget of over $100 million. Of those 26 production only two were filmed in California: Captain America: Winter Soldier and Interstellar. The New York Times wrote an article back in August that signals another alarming trend – the steep decline of ticket sales at the domestic box office. While North America is still the largest film industry it’s overall numbers are down to their lowest since 1997.

Another reason for the mass exodus of film productions from California is the rise in tax incentives by states such as Louisiana, Georgia and North Carolina, as well as tax incentives in Canada and the United Kingdom. Chelsea Brasted with NOLA.com wrote an article stating that as of 2014 the top locations for film production were Louisiana, Canada, United Kingdom and finally California.

For producers, the bottom line is seen in dollars and cents. By moving productions outside of California to those other locations to take advantage of tax incentives allows producers to take their production dollars a lot further. Now states such as Texas are getting in on the exodus by increasing the states available tax incentive cap from $32 million to $95 million.

Spurred by this steady trend, California Gov. Jerry Brown signed a bill to increase available tax incentives cap from $100 to $330 million, which is good for California but a number that falls short of  New York’s $420 million cap or Louisiana (who does not have a cap at all). Another issue with the California tax incentive program is that it is divided out through a lottery system, which brings a high level of uncertainty to producers.

While losing production to other states and countries is hurting the Hollywood system, it’s not the only reason for the decline.

There are 18 films that have crossed the one billion dollar mark and of those only three of them were made before the year 2000. Those three are Titanic (1997), Jurassic Park (1993) and Star Wars Episode I The Phantom Menace (1999). While Titanic became the first film to ever cross the one billion dollar mark, it was followed soon by 90’s films such as Jurassic Park and Star Wars who both benefited from re-releases.

In the current climate with IMAX and 3D showings increasing, more and more films are getting closer to and even passing the billion dollar mark. However these present day box office grosses can be deceiving as they are calculated on much higher inflated ticket sale prices that include IMAX and 3D showings (which no less than double the average ticket price). An argument that has been made in recent years is that in order to truly understand where the state of the film industry is you need to look at the number of ticket sales.

Box Office Mojo has compiled a list that charts the number of tickets sold for the top 200 films of all time…and it’s incredibly interesting. There is only one film post-2000 in the top 25 films in terms of ticket sales, and that is Avatar (2009) which sits at #14. In fact, the film with the highest number of ticket sales is still 1939’s Gone With the Wind with over 202 million tickets sold. Why is this such a big deal?

Well, as of 2014 there are over 39,000 physical movie screens in the United States alone. In 1939 during the release of Gone With the Wind there were well less than half that number. So why the decline in ticket sales? The New York Times article we cited above pointed to moviegoers feeling there was a lack of original content at theaters, which meant most movie goers felt the slate was filled with just more of the same. This may be why Guardians of the Galaxy did so well in 2014, it was a film that moved against the norm. However, there are other contributing factors… 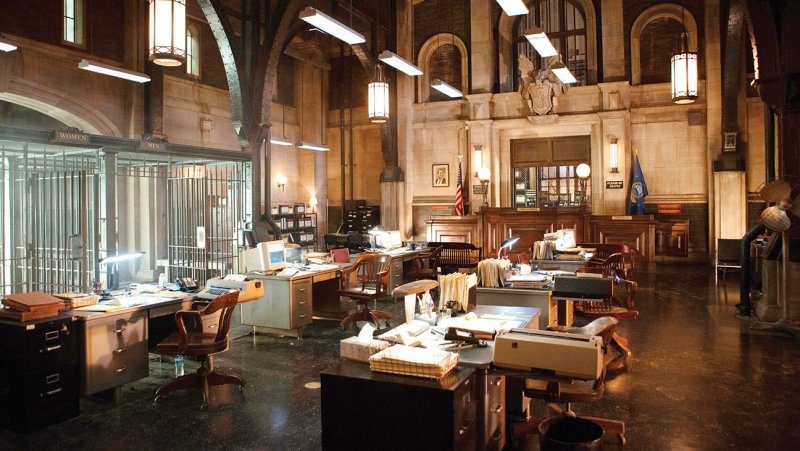 Television Production on the Rise

The article states that TV productions in Hollywood rose 31% in the third quarter alone and the number of overall productions went from 4,310 to 5,363. However, Bob Strauss with the Los Angeles daily news pointed out in his article that along with big budget films, the California tax incentive program is not available to network produced television series. This is why new network television productions such as Gotham are being produced in New York and elsewhere.

The Digital Age is Calling

With more and more households adding tablets and smartphones to their technology arsenal, the consumption of film and video content is moving to those devices. Children growing up today are watching their favorite shows on these devices and if they do watch content on a physical television it’s often through digital media players such as the AppleTV, Roku and Chromecast. Netflix and Youtube now account for 50% of Internet bandwidth.…really.

What the Future Holds for Television and Feature Films

From the television perspective, big news came out recently that is signaling the change in attitude toward digital content. The first shoe to drop was the announcement that in 2015 HBOGo would be available to consumers who do not have HBO in their cable package. Then almost immediately following this CBS announced their new streaming service CBS All Access, which has already launched. While HBOGo already has a presence on Apple TV, Roku and Chromecast, CBS All Access does not. This won’t last long – CBS CEO Jim Lanzone stated that CBS All Access will be coming to all major platforms.

With a rise in content being offered digitally through Netflix, Amazon Prime, Hulu and other digital media players, consumers are praising the ability to pick and choose what they watch instead of paying for cable and channels they do not watch or need. Companies like Netflix and Amazon have taken notice and are developing new original content such as House of Cards and Alpha House for consumers and people flocking to these services.

On the film side of things Steven Spielberg and George Lucas, while on a panel at the USC School of Cinematic Arts, both agreed that in the not so distant future blockbuster features would become a niche market. Film productions would move from the big screen to the small screen through VOD services. Lucas warned that studios are getting, “…narrower and narrower in their focus. People are going to get tired of it. They’re not going to know how to do anything else.” Spielberg also noted that studios are putting too many chips into just a handful of projects versus being diverse and ready for the market change by saying,

There’s going to be an implosion where three or four or maybe even a half-dozen of these mega-budgeted movies go crashing into the ground and that’s going to change the paradigm again.

With a number of summer 2014 blockbusters not coming close to their projected box office gross domestically, there seems to be some validity in what he is saying, but the tent pole films are still making their money. Films are however competing with home viewing and now with mobile devices, so the paradigm is shifting to an extent.

You can read David S. Cohen’s article about the discussion in Variety.

What Does all of This Mean?

We are shifting the way we consume content, which is not a bad thing. We’re quickly adapting their habits to account for more ‘second screen’ device usage. More and more people are staying home with their HD televisions and digital media Players instead of going to the theater, mainly for the reason that they feel most of the productions releasing are rehashes of the same old stuff and they would rather wait until they can buy it digitally. Consumers are also cutting the cable cord and all the superfluous channels in favor of having their favorite shows instantly. Again this is just the natural shift that comes with the advancement of entertainment technology.

Does that mean that theaters are going to go the way of the dodo? As a filmmaker and movie enthusiast I sincerely hope not and I don’t think it will. There is just something about going and seeing a film in the theater, its an experience you can’t get at home. Can you imagine not having a midnight showing of the new Star Wars? I can’t and don’t want to. While the home and mobile experience is something that is here and happening, I don’t believe it will kill off the theater experience.

So, in the end we filmmakers shouldn’t be alarmed about these shifts, we should rather stay completely up to date on them and quickly adapt our productions with them in mind. Our industry has gone through various shifts over the years and through each advancement filmmakers have had to roll with these changes.

With these changes also comes a flood of content to the digital market, so this places an emphasis on filmmakers to develop content that stands out above the crowd, which in a sense as always been an obstacle in our industry. As a filmmaker, I’ve always seen this as a positive. It’s motivation to work hard and develop film or television content that people with flock to. It’s also interesting that this current shift opens the entire playing field for filmmakers, it tells you that, “Hey, you don’t need to go to Hollywood to direct the next big thing, you can film and distribute that straight from your own backyard.” And for filmmakers this is an amazing realization. Now we just need to get out there and start making great content.

Have any thoughts or ideas on the current film industry and where it is going in the future? Let us know in the comments below.