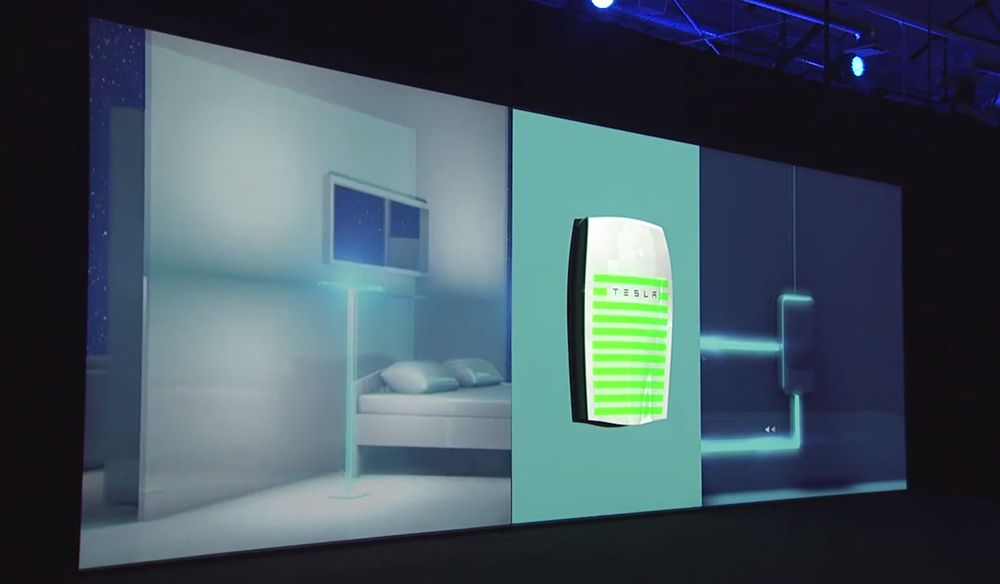 The Tesla Powerwall: A Game Changer for Film Production?

What if there was a battery that could last nearly ten full production hours on set? The new Tesla Powerwall can.

Engineer and inventor Elon Musk and Tesla Motors are always seeking new avenues of innovation. He’s changed space exploration and the automotive industry. Now he’s looking at energy. Specifically batteries. And we’re not talking about a new type of AA. No, we’re talking about a battery that can power your home. For reference, here’s the debut of the Tesla Powerwall.

This new type of battery development could have huge ramifications in several areas beyond just simple uses in the home. For instance, it could greatly affect phone and tablet battery technology. And filmmakers could see a new type of battery pack for the various tools we use on our sets. Musk states that this new battery technology runs on a 10kWh rating — which means this battery will produce 1000 watts of power for 10 hours.

The possible uses for this technology on a film set are myriad. Just think… You could power your lights off the grid for ten hours, or you could power your camera for an entire day and not have to change a battery. Again, this could be a game changer. But… it’s not cheap. Right now the cost of these batteries is looking to be just under $10,000. However, as with all technology, the cost will go down with time. It’s obviously something we should keep track of, and it’s exciting to think about the future possibilities.

Check out this article at RedShark News from Phil Rhodes, where he offers a more comprehensive breakdown of the Tesla Powerwall and its potential effect on film production. Additionally, here’s a video from Wired that breaks down what Elon Musk talked about in the above presentation.

You like tech-based filmmaking articles? You’re in luck. Check out these blog posts from PremiumBeat:

What do you think about the Powerwall? Do you believe this could move us toward a high-capacity battery option for film production? Let us know in the comments below.