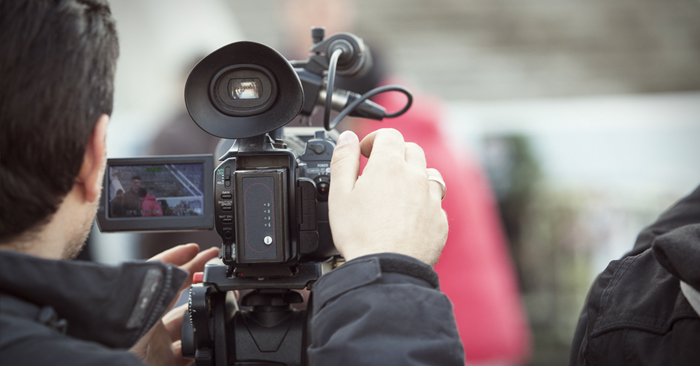 Documentary film inherently presents challenges that don’t exist within narrative film – crafting a story through interviews, utilizing archival footage and shooting in unsecure locations. The following tips are good jumping off points for those new to the documentary format, as well as solid reminders for seasoned documentarians.

Utilize the Environment Around You

Don’t just capture the subject, but capture the environment as well. I worked as the Director of Cinematography on a documentary film about an explosion that rocked a small community. The crew was not there to capture the blast, but we were there for the aftermath. We spent several weeks in and around the small town capturing everything from destroyed houses with abandoned toys on the floor to the unscathed main street and even the quiet outskirts with nothing but cotton fields. All of these shots of the environment are vital in telling the total story and for giving your audience a sense of place.

When filming you want to make sure that the shots you capture have good variety and are covering as much of the action as possible. The last thing you want to do is go into the editing room with a host of shots that look exactly the same in terms of framing, movement or non-movement. Variety makes it much easier to develop the visuals underneath the narrative from your subjects. Having these solid starting and ending frames will save you a lot of headaches and make it much easier to develop pacing for your film. So while your filming think about each shot and how you would connect one with the other. How can you frame in such a way to create smooth transition from one cut to another?

The audience needs to clearly see your interview subject so light them accordingly. If you don’t have access to a light kit you’ll want to utilize natural light as much as possible. Setting up near a window can work if you use it as a side light or back light, then reflect that light back onto the subject. When going outside to conduct your interview be sure to do so either in the morning or afternoon (you don’t want a noon day sun shining down on your subject). Lighting can sway an audience’s emotions one way or another, so use that to your advantage.

Erick Beck with Indy Mogul has a good video up where he goes through his top 5 Lighting Techniques.

When you’re filming in your subject’s environment take some time once the interview or action is over and have your sound recordist just capture the natural tone of the environment. I can’t tell you how many times I’ve utilized this natural tone. It’s a life saver. You can also use that captured sound and incorporate that into your soundtrack. Even if you don’t think you’ll ever use it, capture the audio anyway. Chances are you may need it.

Even if you don’t think you’ll ever use it, capture the audio anyway. Chances are you may need it.

Remember the Rule of Thirds

Audiences come into a documentary film much differently than they do to a narrative film so make it personal and use a zoom lens to get in tight. Explore the various ways you can use this closeness effectively, but in most cases heed the rule of thirds.

In this episode of Reel Rebels Stephen Schweickart gives us a rundown on the ‘Rule of Thirds’.

In regards to format and frame size, archival footage often won’t match the original shots you’re capturing for your film. In many instances, you may simply want to add black bars to 4:3 archival footage if you’re putting it in a 16:9 project. If you’re editing your project in HD you may choose to upscale your archival footage to better match your timeline. Our friends over at ToolFarm have put together detailed instructions for upscaling footage using different editing applications and  video plugins.

Have other useful tips you would like us to cover or add to the list? Let us know in the comments below.