Using 32-Bit Color in After Effects for Creative Effect

Switching to 32-bit mode in After Effects is great for color grading and smoothing out color banding, but it also allows for some cool color effects with “brighter than white” images.

I’ve written before about the difference between 8 bit and 32 bit color in After Effects, specifically in color grading. But 32 bit color is great for more than just utilitarian uses like bringing back color information or smoothing out color banding. In 32-bit mode you can actually set colors “brighter than white”, allowing for awesome creative effects.

One of my favorite ways to use this is to emulate cool super-white orange colors. First, you set After Effects to use 32-bit mode by option-clicking where it says “8 bit” at the bottom of the project panel. Then add some text. Open up the color picker for the text and set the RGB values to 5, 3, 2: 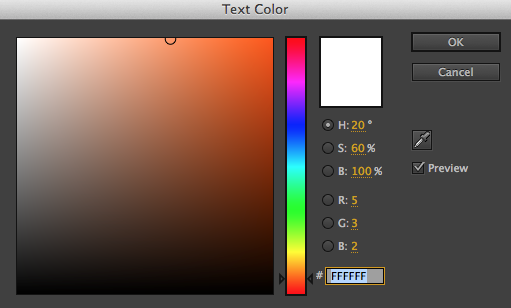 The color will show up as white in the swatch, but as orange on the HSL picker. The way this works is that a value of “1” in every channel makes a solid white. By setting the channels to numbers greater than white, you’re telling After Effects to use a color, but one thats so bright it shows up a white.

In the comp window you won’t see much, just some white text. But try this: keyframe a move on the text, and set motion blur to on. You can see the results pretty immediately and it looks pretty cool (note, the “.gif”-ification dulls the colors a little, so definitely try this out on our own to see the full vibrancy):

Here’s that same move, but stepping through one frame at a time so you can see what the brighter-than-white color is doing:

Now compare this to the exact same move with a glow effect, but in 8-bit mode. There’s really not a good way to balance it. Either the glow is too soft on the motion blur or too heavy on the static text: 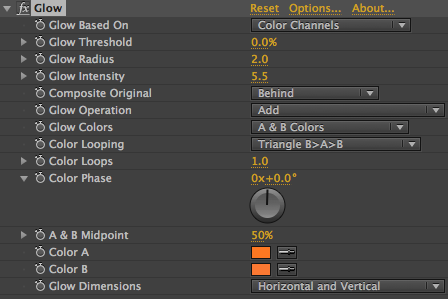 Now let’s compare the 32-bit mode again to 8-bit mode, but with a  a glow. Try adding a blur to the text and bringing it into focus. I used the Camera Lens Blur, but they’ll all do pretty much the same thing to the colors. The result is really cool:

Here’s the 8-bit mode with a glow. You just don’t get that complex blend at the bright white center:

That uses a lot of blur, but what about just a little? Let’s make this text smolder.

I’ve added a Rough Edges effect, set the Evolution to move with an expression (time150) and keyframed the Offset (Turbulence) to move upward. Now, the Roughen Edges effect isn’t a 32 bit effect, so it makes the color 1, 1, 1 (plain white). To fix this, you can add a fill effect to the text and reapply the 5, 3, 2 color values after the Roughen Edges effect. Add a light blur (maybe a radius of 6 or so) and you get a pretty cool smoldering text effect: 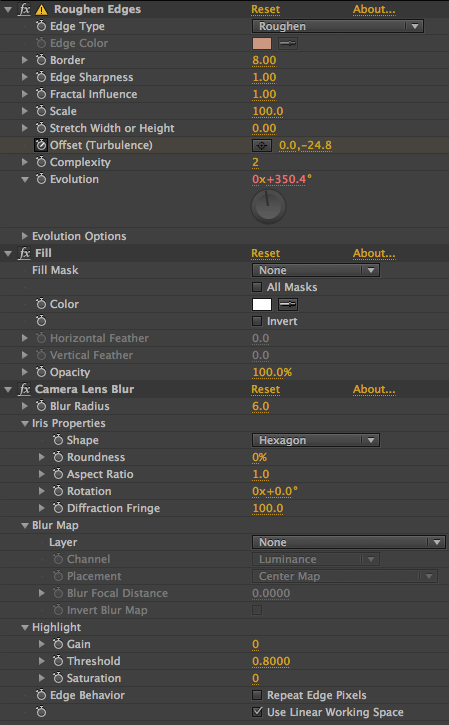 Here’s the same thing with 8 bit color. Not so good:

For one more advanced example of using these settings for cool fire effects, here’s a quick Trapcode Particular particle system I set up to emulate rising embers. This technique utilizes awesome brighter-than-white color and a custom shutter angle on the particles for extra long motion blur: 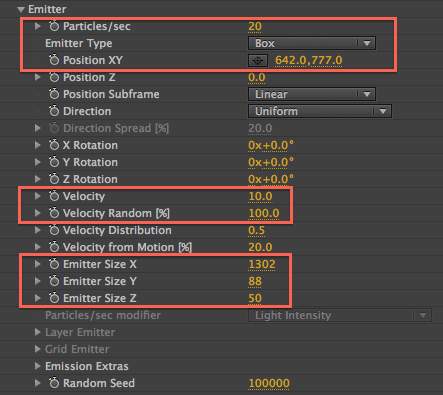 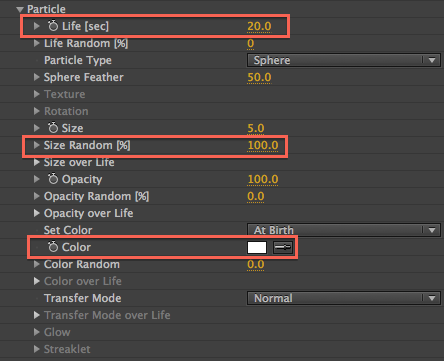 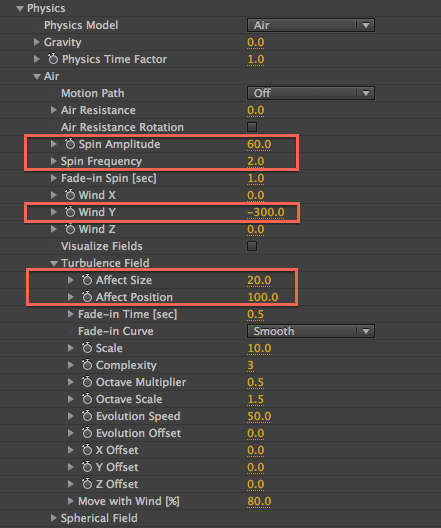 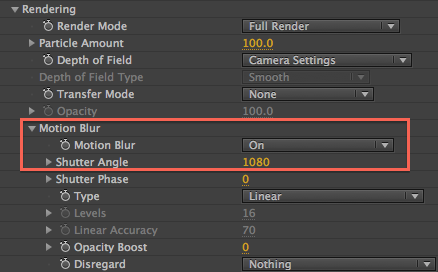 Pretty cool, right? And orange is obviously not the only color you can create with bright-than-white effects. Try out a bunch and see how they can add some cool, unexpected color interactions to your work!