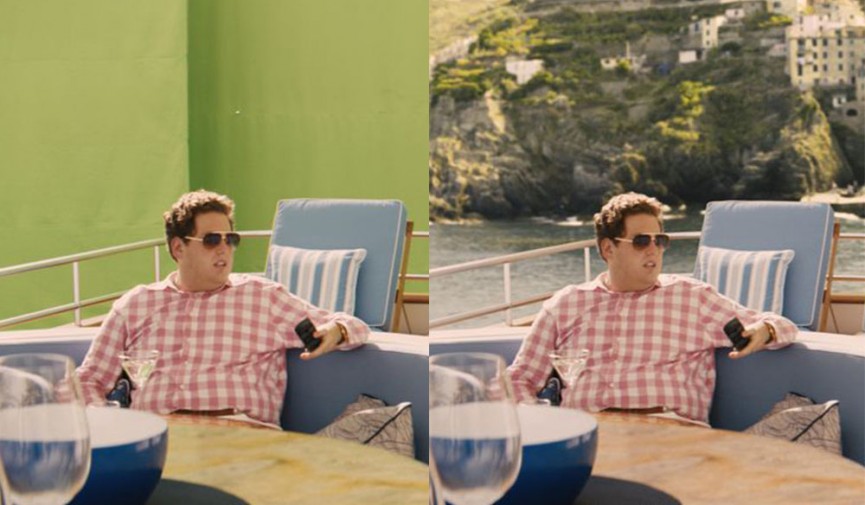 VFX Scenes You Thought Were Real

You’d be surprised at some of the films that frequently rely on VFX. While they are now applied to almost every feature film for minor touch-ups, many movies rely on VFX to create objects, moods, or even entire locations that would otherwise be expensive, difficult, or even impossible to depict. They also make filmmaking much more forgiving by allowing production mistakes to be solved in post-production, rather than with a reshoot. Here are a few truly astounding breakdowns of what goes into the modern Hollywood picture.

We’ll start with the more subtle examples of what capabilities computers have provided us with. The 2014 film Nightcrawler, while grounded in reality and not overly-stylistic, still benefitted from a plethora of minor adjustments that individually may seem pointless, but come together to create a perfect image as opposed to a slightly flawed one.

This breakdown of the car chase in the film’s last act demonstrates some impressive digital compositing skills that are applied to everything from changing the color of a traffic light to replacing Jake Gyllenhaal’s ponytail.

Rotoscoping, the art of cutting out on-screen elements frame-by-frame to hide or move them elsewhere, is a painstakingly tedious process that is used to great effect here. Also note the use of selective color correction to remove shadows and lighten underexposed areas. This breakdown is a perfect example of how forgiving filmmaking has become.

Next up, we have the 2013 crime-drama, American Hustle. This is another movie that at first glance appears to be untouched by visual effects artists, save for some color grading. However, this breakdown reveals the problems the film’s production faced involving timing and set location, with unattractive construction equipment cluttering the building facade in the background.

Obviously, the removal of this equipment was not essential to the aesthetic of the shot, nor the audience’s suspension of disbelief. However, it did result in a much cleaner image that was much closer to the director’s original vision.

This showcases some more impressive rotoscoping, especially around the characters’ hair, which is one of the most difficult surfaces to deal with. Additionally, this breakdown shows the importance of good 3D motion-tracking. 3D motion-tracking is the process by which a program analyzes hundreds of high-contrast, consistent points within the shot, and using these points, calculates the placement of the camera within the scene based on how they move in relation to one another.

This fundamental process is what allows artists to convincingly place any element they want into a shot that involves a moving camera. Even if all other aspects of a visual effect are flawless, the entire effort will fall flat if the motion tracking points aren’t accurate.

David Fincher is known for using VFX to aid the visual style and story of his films. Arguably the most impressive of these is the largely virtual crime scene featured in his 2007 film, Zodiac. This again prompts the question of whether or not digitally creating a simple neighborhood intersection is necessary. Regardless, the resulting scene featured a distinct lighting aesthetic and an imaginary environment that likely could not have been shot the traditional way.

Among the most prominent techniques shown here are the placement and digital removal of the blue screen. Despite the consistently uneven lighting of the blue screens on set, there is not the slightest evidence of them in the final product, thanks to some expert-level chroma keying (removal of a color from an image). Like motion tracking, precise chroma keying is a key part of creating a photo-real scene. Additionally, the use of detailed 3D models and the seamless implementation of them are really inspiring.

The human eye is very good at detecting fake light, and getting digital lights and textures to trick it is extremely hard to do. While not necessarily the most important element of CGI, accurate lighting is often the finishing touch that will take something fake from being impressive to being unnoticeable.

The 2007 masterpiece, Children of Men, is conceptually a bit more far-fetched than the previously mentioned films, and contains many sequences that, while realistic, are still clearly a product of CGI. However, the most impressive of the many effects throughout the film is the digital recreation of a newborn infant.

While it makes sense that acquiring a real human newborn might be difficult for a scene like this, it’s still surprising that the baby shown on screen was completely computer generated. An older baby could certainly have been used with some adjustments to the cinematography and editing, but director Alfonso Cuaron was able to commit to his vision with the assistance of CGI.

This impressive feat was accomplished with all of the aforementioned techniques and more. One of the most challenging aspects of VFX is the depiction of physics. Like lighting, physics are an integral part of our visual perception of the world, and we tend to quickly notice when a familiar object doesn’t move the way it should. Every tiny movement the baby makes is entirely convincing, and despite Clive Owen’s hands being empty, it still appears to be resting within them.

Texturing is one of the most difficult aspects of recreating human flesh, as it’s one of the most common surfaces we see on a day-to-day basis. While the infant’s textures were certainly top-notch, any flaws in them could be hidden with the low-key lighting and heavy shadows. This is a prevalent technique within the visual effects industry, seeing as darker lighting is more forgiving than say, daytime, which exposes every detail of its subjects.

The Wolf of Wall Street

This drug-fueled roller coaster ride of a movie was full of excess, and its utilization of VFX is no exception. Many of the set pieces of this film may have still been possible to shoot on location or without alteration, but Martin Scorcese clearly wanted to take everything above and beyond by creating extravagant settings beyond what even exists — though they aren’t necessarily far-fetched, either.

One of the most fascinating VFX breakdowns of recent years, this mind-boggling highlight reel brings to light how far computer-driven filmmaking has come and will likely make you begin to question everything you see on screen.

Matte painting (the blending of elements, both real and not, to create one landscape – based on set extension using actual paintings) is the most notable of the skills applied to create these sequences — though the use of 3D models, textures, lighting, 3D motion tracking, rotoscoping, green screen chroma keying, and more, are not to be taken lightly.

The potential of being able to expand on the mise-en-scène of any given shot is endless, and The Wolf of Wall Street makes great use of this potential without the viewer ever realizing that they aren’t looking at a real place.

In a time where Hollywood has become cluttered with a surplus of over-the-top CGI, it’s easy to view it as overused and even harmful to the industry’s creativity. However, if you can look past the shameless, invasive visual noise of many modern blockbusters, you’ll find that VFX, when used sparingly, can be a wonderful and inspirational tool in bringing even the most modest story to life.

Which of these breakdowns did you find the most shocking? Let us know in the comments below.