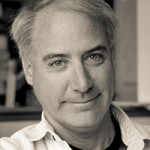 This is a guest post by Dave Dugdale from LearningDSLRVideo.com you can find more of his DSLR Reviews and tutorials on his site.

Hello everyone this is Dave Dugdale from LearningDSLRVideo.com. The good people at PremiumBeat were nice enough to let me do a video tutorial here on their site about how to control your dynamics on a voice over to mix with a music bed.The first thing I do is my voice over, just personal preference but I don’t listen to the music while I record the voice over.

Next I normalize my voice over track. I like to leave some head room so I usually don’t like peaks on the meter going above -6dB most of the time.

If I get that too close to 0dB I know from experience that it will distort when I watch it on my TV set.

Before I bring in the music I like to make my voice over less dynamic, so in Premiere I go to the audio mixing control tab and then click on this somewhat hidden pull-down.

Since order matters I want to first add EQ before I add any dynamics because the frequency response can have an effect on the dynamics so I add those first.

Since I am using a Rode VideoMic which not a professional mic and while it has some pretty nice low end, I feel the that the higher frequencies around 5k are a little dull so I add the treble effect and increase it about 4dB which helps my voice cut through the music a little bit better.

I add in the dynamics effect. Starting at the top of the parameters is the automatic gate, this I have used before.

But since I have background music below me and I have recorded my voice over is a quiet room I just leave it off.

I turn on the compressor on, then I turn the threshold to -12dB, that works well for my voice.

I leave the release time alone.

Then I turn on the auto to on, this will calculate the release time based on the incoming signal.

Then I usually add about 3dB of gain to make up for the 2 to 1 compression.

I skip the expander, don’t need that for my voice.

Moving on to the limiter, I turn this on.

Again since I like to keep the peaks to a -6dB I set the hard limiter there. That is my ceiling and it works really nice.

Watch the meter here with no limiter, vs. having the limiter in place, this really helps tons with mixing your voice with the music.

I set the release to 50ms, however sometimes I go with sometime longer like 100ms if the limiter sounds like it is hitting to hard.

Then I leave the soft clip off because I am no where close to the clipping.

The next thing I do is bring in the music from Premiumbeat that matches the pace of my dialog.

I normally start with the music at -18dB on the slider. This will depend on the music, it takes a few tries, I normally render out the video after listening it on my speaker and then headphones and then I listen to it on my Iphone and make minor changes from there to get the right mix.