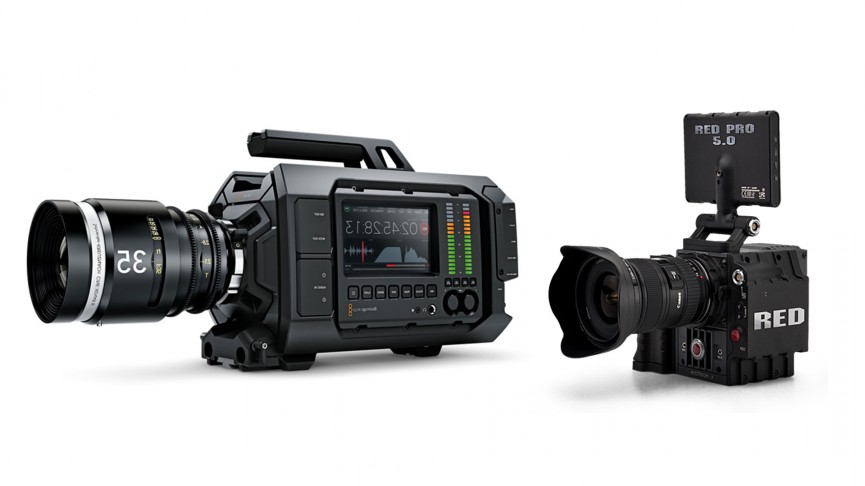 The Blackmagic URSA vs. RED Scarlet

Can the Blackmagic URSA stand toe to toe with the RED Scarlet?

First, before we get started, I need to make it clear that I am a REDUser. I’m currently using the RED Scarlet on my latest documentary and I’m slated to use it again this coming summer for my next doc. I’m a RED fan, but how does the Scarlet stack up to the new kid in town, the Blackmagic URSA?

As a documentary filmmaker that is moving more and more toward narrative work I have been looking to replace my Canon for some time now. So, looking at production cameras to add to my arsenal within my price range I have researched the Canon C300, Sony FS700, Blackmagic Production Camera 4K, Blackmagic URSA and the RED Scarlet. It was the last two that really caught my attention.

At first I didn’t think there would really be any discussion between the URSA and the RED Scarlet. I thought the RED would easily run away with my money….but then I started looking at results. The one thing I kept hearing from fellow filmmakers was that the Blackmagic URSA and Production Camera 4K boasted better sharpness and dynamic range than the Scarlet. After hearing this I had to really start looking into this.

How do the Blackmagic sensor and RED sensor compare?

Faymus Media has an interesting video that compares the Blackmagic Production Camera 4K with the RED Scarlet. I know this isn’t the URSA vs. the Scarlet, but in a way it is, as the Production Camera and the URSA use the exact same sensor. Now the comparison video is a bit on the long side, but its intriguing for those interested in the tech details.

Now as I said the URSA has the same exact sensor as the Production Camera, but what is incredibly interesting about the URSA is that you can swap that sensor out. So essentially when Blackmagic decides to craft a new sensor that captures 6K or 8K at even higher frame rates all you need to do is remove the old sensor and replace it with the new sensor. That is pretty amazing.

Director and Cinematographer Frank Glencairn has a really nice comparison between the Blackmagic Production Camera and the RED Scarlet. Again I keep using the BMPC because those comparisons exist and the URSA uses the same exact sensor.

Here Frank compares the BMPC and the Scarlet using a 18mm lens: 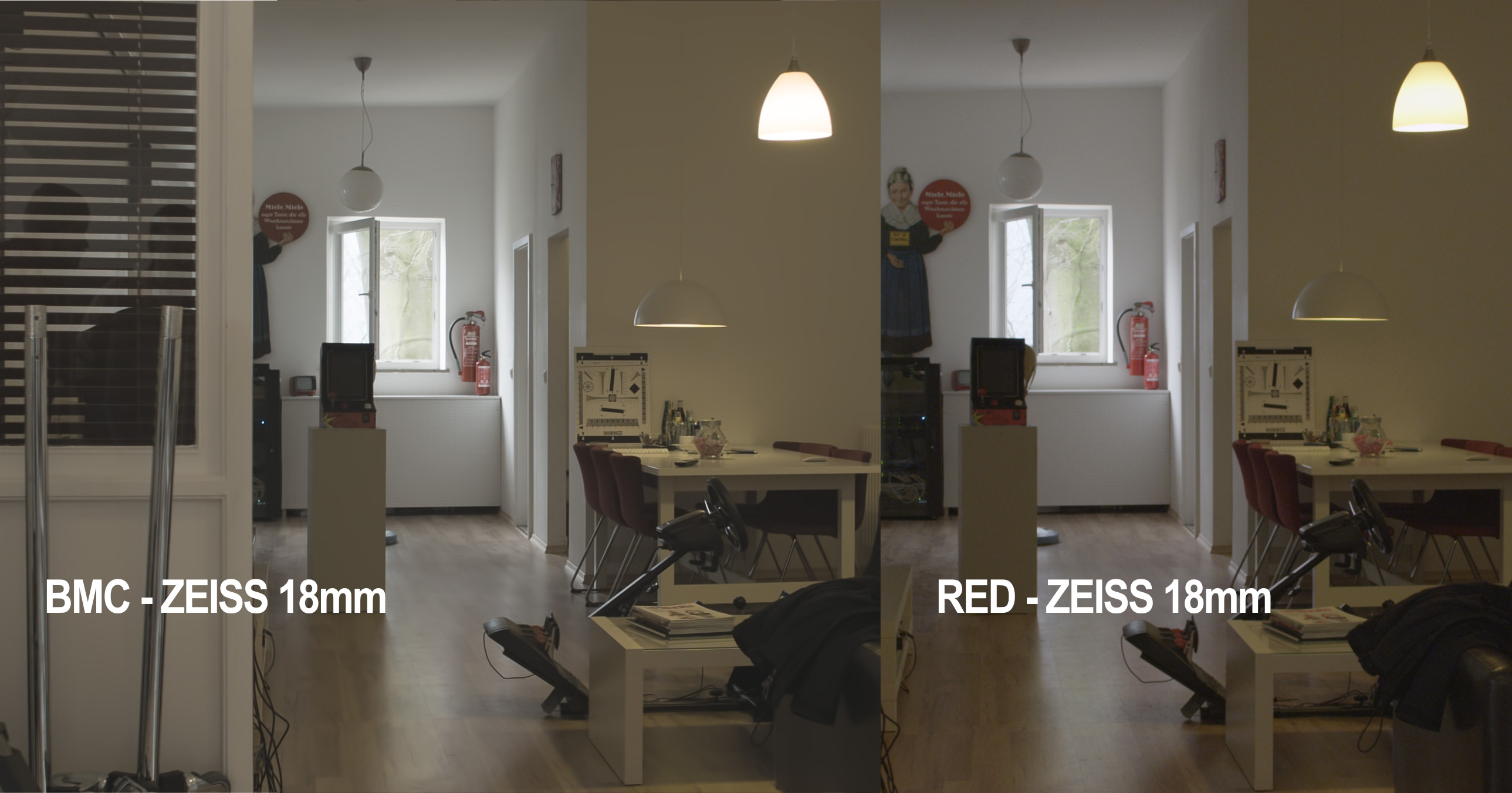 And here Frank compares the BMPC and the Scarlet using a 50mm lens:

So what does all of this mean?

The image quality is very close, with the RED seems to have a little better saturation and overall color balance, but the Blackmagic does seem to have better sharpness. So, to me the core image capturing isn’t the biggest difference, but rather how that image is captured. Those biggest differences come in the form of weight, sensor output, ISO, bit-rate and media storage. 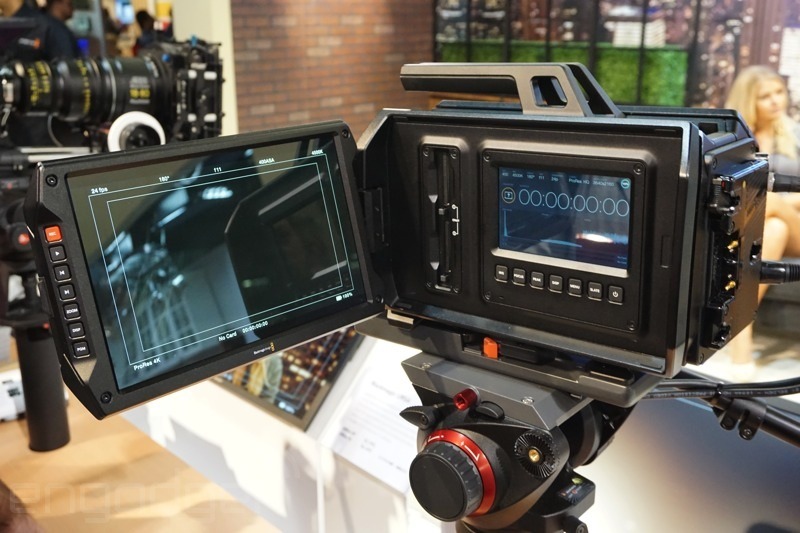 Finally biggest drawback for me personally was in regards to the URSA media storage. The Scarlet uses the RED Mag which has sizes from 48 to 512GB, while the URSA uses a CFast card setup that at one point I know were selling for $1200 a card. Then I was told by some camera ops that the URSA will record 10GB per minute compared to what I record now on the Scarlet which is right around 6GB per minute.

But, as I said above that was an issue although I’m not so sure it is anymore. In my research I came across this article from Business Wire about the advancements that SanDisk is making with its CFast 2.0 cards. I was fairly impressed that the ARRI Alexa can use the CFast 2.0 cards via an adaptor. And with CFast 2.0 card prices becoming more manageable, and actually comparative to the REDMag, it’s not as big of an issue as it was.

So, URSA or Scarlet?

In my personal opinion, and it is just that, for the money I would purchase the RED Scarlet. But don’t discount the Blackmagic URSA or Production Camera. They are both really impressive, and if you are an independent filmmaker or documentary filmmaker and you live within a tight budget I would tell you to take a serious look at either one. In the end we are artists and storytellers, so the focus should be on how to use the tools available to create a solid story.

Do you favor one camera over the other, or other pros and cons that we did not go over? Let us know in the comments below.