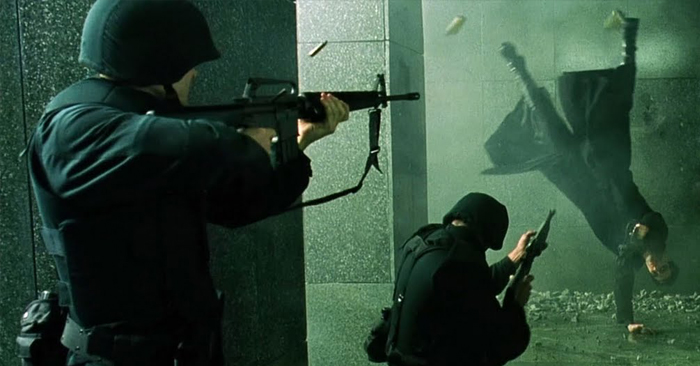 Speed Ramp with Premiere Pro Instead of After Effects

Discover a quick technique for giving your video footage a speed ramp in Adobe Premiere Pro.

For the uninitiated, let’s get the basics out of the way first: speed ramping is the process of progressively speeding up or slowing down the frame rate in your video footage.  This process can also sometimes just be called ‘ramping’. More often than not video editors will usually drop the footage in After Effects and complete the ramping process there. However Tunnelvizion has provided us with a great video tutorial on how to effectively create a speed ramp in Adobe Premiere Pro. Check it out:

Now, lets explore some speed ramping examples from feature films. First up is The Matrix, one of the most famous speed ramping scenes in film history:

In 2006, the film 300 took speed ramping to a whole new level. Here is the incredible slo-motion battle sequence:

In 2011 we watched as Robert Downey Jr. fought Professor Moriarty in his mind. The use of speed ramping in this scene is well suited to the story:

Speed ramping is now used in a slew of film projects, but unfortunately it’s often without motivation. If you use this technique in your own video projects be sure that it adds to the narrative of the story and is not used only as a gimmicky effect!