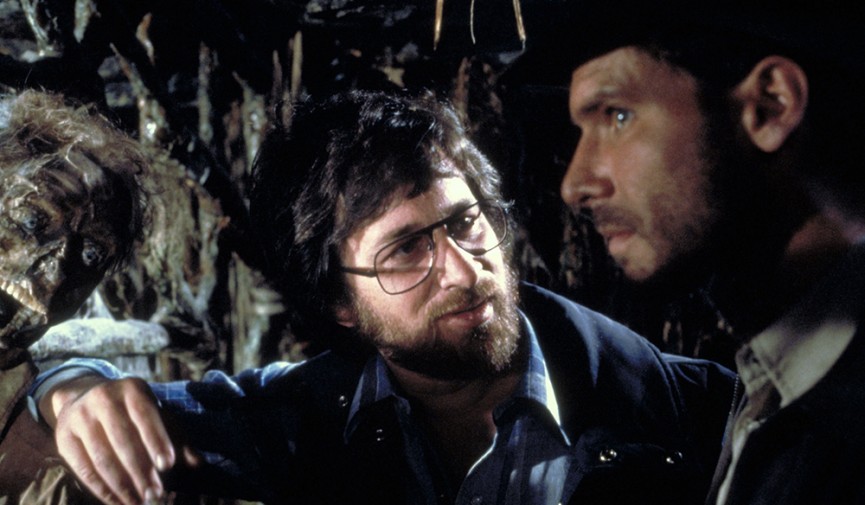 What It Takes to Be a Great Director

Let’s crack open my handy-dandy notebook and look at some tips I’ve written down from other filmmakers on what it takes to be a great director.

So, I have this notebook. Actually, I have several notebooks. In these notebooks, I’ve written down all of the nuggets of information I’ve received over the years on filmmaking and being a director. Some come from classes that I’ve taken, others are from conferences or talks that I’ve attended or seen. Then there are some that I’ve received first-hand or witnessed on set. I thought I would crack open these pages and share with you the top tips I’ve received over the years on what it takes to be a great director. 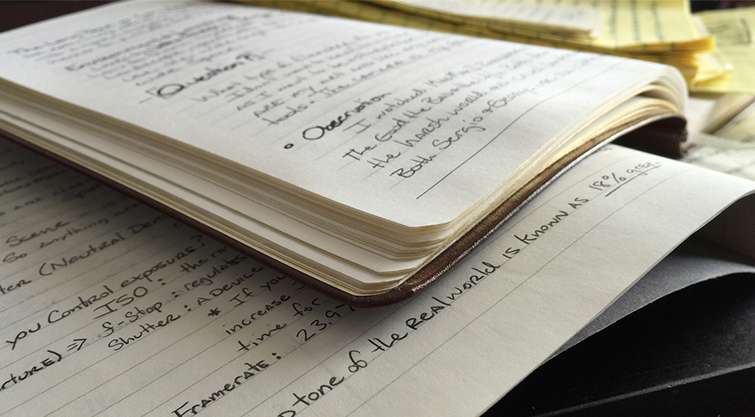 Image of Johnathan Paul’s Notebooks and Collection of Notes.

Listen to your mother — and Spielberg, too.

One of the best pieces of advice I’ve ever been given is that you can do anything you put my mind to and that you should always dream and dream big. This nugget of advice didn’t come from some famous director or professor. This came from my mother. It was repeated with regularity from a very early age. Dreams take hold of us and they motive us to our ultimate goal, but you have to be open to hear and see what that dream is.

Steven Spielberg said in a great speech, “When you have a dream, it doesn’t always come screaming in your face. Many times it whispers.”

He is absolutely right. When I was a kid, I would play with my action figures and recreate sequences from films that I had watched. I would lay down on the ground and shut one eye so I could focus on the scene. Little did I know that my dream was quietly whispering to me,…”Hey, you should do this film thing.” It took me a long time to listen to that dream, but since the day that I left my corporate job and came back to film, I haven’t worked a day since. Dream. And dream big. Here’s that Spielberg speech I mentioned earlier.

Try your best to watch everything you can.

Spielberg once said in an interview that he watches every single summer blockbuster that comes out at the local theater near his home. This is also a trait that I’ve found in many of the successful filmmakers that I’ve been able to meet and hear speeches from.

For instance, Martin Scorsese has said on several occasions that his entire childhood was basically “the theater and the church.” To this day, he (and a lot of other directors, most notoriously Quentin Tarantino) watches every film that he can get his hands on. In fact, before becoming a director, Tarantino worked in a video store where he famously handwrote a list of his favorite films. Just like a writer will read books constantly, or a painter reviews and studies painting, we as filmmakers and directors need to watch films and pay attention to and learn from the work of others.

Be a leader and communicate. 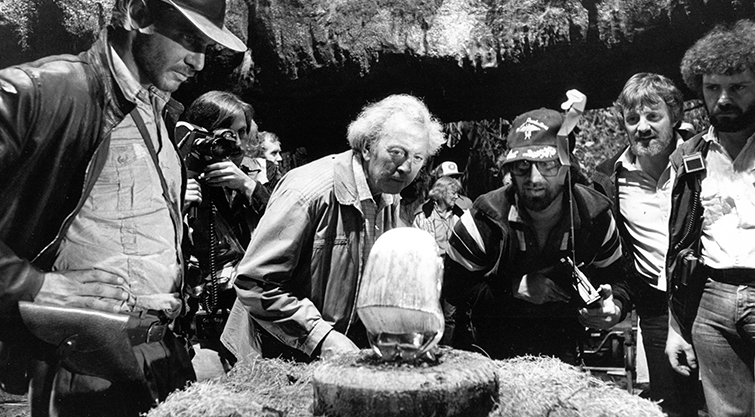 This is a big note that I have in my notebook that came from Academy Award-winning director Barbara Kopple:

Leadership and communication, both of which are highlighted and underlined.

In the talk that she gave, she talked over and over of how the director needs to be the creative leader of the production. But then she said that they should also know how to communicate clearly and effectively to all collaborative parties. I have worked on some films where the director was indecisive and unsure of the production and this resulted in a bad finished product. I’ve also worked on a film where the director didn’t clearly communicate with his crew, which led to rguments and major disagreements.

One thing that I would encourage you to do as a director is learn the terminology of each set of crew members working with you. IMDb has a great glossary of terminology.

This next tip runs right parallel with the leadership and communication advice. Do not assume anything as a director. Don’t just assume that every single one of your crew members is onboard with the approach you’re taking. There are some directors that I’ve worked with who said, “I don’t care what they think.” I’m of the mind that this approach is insane and destructive. I’ve been told time and time again… listen to your crew, encourage open discussion. This isn’t a one man show and there are a lot of other great people putting their name on this production.

Also, be willing to take criticism and critique. This is one fault that I’ve seen over the years with a lot of directors and it drives me crazy. In my early years, I was an illustrator and concept artist and no matter if I was in art school or on a job, if I wasn’t getting constructive criticism or critiqued on my work, I was doing something wrong. No one ever does anything perfectly, so be open and willing to take on the suggestions of others.

The beginning and the end and the stuff in between.

The funniest piece of advice I was every given came from an Academy Award-winning documentary film director who told me that in order to have a successful film you need to, “have a great opening and a great ending, everything in between is just bull****.” This isn’t a negative, but rather a reminder.

He further explained that director’s you need to be aware that the beginning of your film is the hook. If you can’t hook the audience within the first few minutes, you’ll never hook them. In fact, you’ll likely lose them. And the ending is just as important as the beginning. As a director, you need to leave the audience with a sense of gain in regards to we learned in the beginning… an explanation or conclusion. Everything in between is just to expound upon how we got from the hook to the conclusion and explanation.

Always look through the lens before rolling. Maintain visual integrity.

I heard this tip during a workshop a few years ago. I didn’t write down who said it, but it was a good little quote either way. “Always check the viewfinder before you roll.” It’s a simple and easy to remember quote. I never thought that would be a problem, and it’s not a problem that I’ve seen first hand, but I’ve had close friends of mine who worked on big-budget films say they were amazed at how many times the director didn’t see what the composition was until playback. Again, this is crazy.

As a director, you need to trust your cinematographer — otherwise why have them? In order to do that effectively — before you roll on anything ‚— look through that viewfinder and make sure the shot you see is the one you want. Don’t wait until you see the playback and then decide it’s not correct. At that point you’re wasting people’s time and money. Neither of which you can afford to waste.

Be patient. Work smartly and calmly through issues. 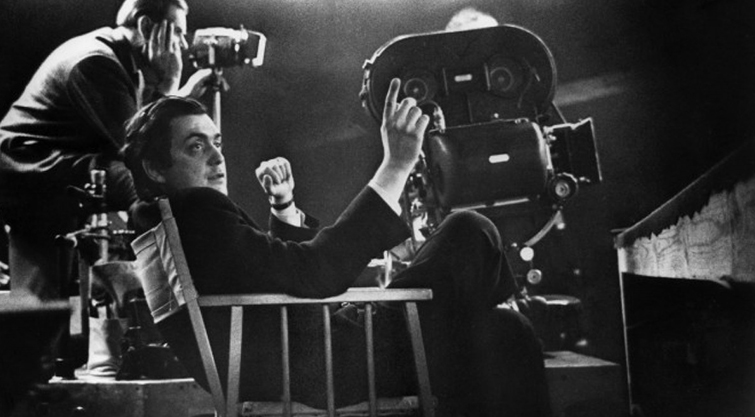 Remember that issues are going to happen. Things are going to come up. As the leader of your production crew, you need to handle these issues smartly and calmly. In only a few instances have I seen a director handle issues in a very obtuse and demonstrative manner. In fact, for the most part, many of the directors that I’ve encountered are able to collect themselves (instead of flying off the handle) when something doesn’t go right. This is the mark of a great director.

You don’t help anyone by going nuts when something goes wrong. For instance, I was filming a short film some years ago and my sound recordist was just having a bad day. During one vital scene, he mistakenly hit the stop button when he thought he was hitting the record button. After the scene was over, he realized his mistake and came to me about it. I remember being so upset… how could he forget something like that? And then I recalled the many times I experienced a lapse of judgement or simply, you know, kinda goofed up.

I told the rest of the crew and cast that we needed to run the scene again. I also took the blame for it. There was no need to call this man out and pile the blame on on him. If I flew off the handle and went off on him, then it would’ve only made things worse. If the issue is something extremely serious, then take that individual (along with the producer) into a private meeting and hammer out the details. No one likes working for a jerk, so don’t be one. Show your cast and crew the same grace you were shown early in your career.

Some closing thoughts and additional references.

Just remember: while being a director can be extremely challenging, it can be even more rewarding — especially when you’re able to inspire others and create engaging content for audiences. If you can work toward keeping the tips above in mind, then you’ll continue working toward mastering the craft of directing. If you want more resources on the art and role of the director, be sure to check out the books below.

Want to read more about directing? Then check out these articles from PremiumBeat.

Was this helpful to you at all? I hope this shed some light on the world of being a director. Do you have other beneficial tips? Share them with us in the comments below!