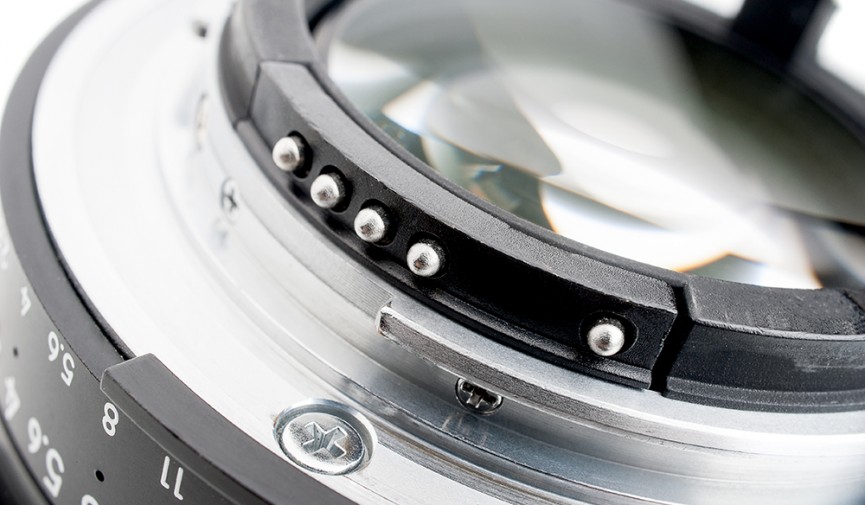 What’s the Difference Between Lens Mounts?

You have several options when it comes to lens mounts. Let’s explore each one and talk about the differences between them.

Have you always stuck to only one type of lens mount? Have you been curious about other lens mounts and wondered how they stack up to the mount you use? Well, you’re not alone. In fact, for years on end I only stuck to one type of lens mount. Luckily, over the last few years I’ve been able to explore each of the main lens mounts. This got me wondering: Does the general filmmaker know the difference between these types of mounts?

Let’s list out the most commonly used lens mounts, explore each one, and then compare them. Hopefully we’ll learn something new about mounts and the lenses we use.

Used by more filmmakers and video producers than any other mount, the EF was introduced by Canon in 1987 and has gone on to become the most versatile mount on the market. The largest reason for this wider adoption is Canon’s massive reach in the DSLR market for both photographers and indie filmmakers.

Its main feature is derived from its name Electro-Focus (EF), which allows small motors in the lens to give users auto-focus. Another major draw for the Canon EF-Mount is that it has a long list of third-party manufacturers. This list includes cinema heavy weights such as Zeiss and Schneider as well as Tamron, Sigma, Tokina and Rokinon.

I’ve used EF lenses for nearly 10 years now, and this will likely continue for at least another year or so. Eventually I’ll move onto the PL-Mount, but, as of now, the EF offers me the best lens options for full frame cinematography at a relatively inexpensive price.

Introduced by ARRI in 1982, the PL-Mount is the definitive lens mount option for Hollywood films, both big and small. The PL-Mount uses a durable flanged mounting system, which allows it to be securely locked in place and hold heavier lenses without issue. This means that a long, heavy-duty telephoto lens can be attached without fear of it stripping away from the mount.

Here is the trailer for the new Mission Impossible: Rogue Nation, which was shot using an ARRI ALEXA and PL-Mount lenses.

In terms of film production, the PL is only rivaled by the EF & PV-Mounts. But, like the EF-Mount, it has a healthy third-party manufacturing pipeline. However, unlike EF, PL-Mount lenses can be extremely expensive and are usually reserved for major film production. Manufactures of PL-Mount lenses include, but are not limited to: Zeiss, Angenieux, Fujinon, Cooke, Schneider, Sony, and Illumina.

Nikon F-Mount: An Oldie but a Goodie

Nikon’s F-Mount is a widely popular camera lens mount that was developed and introduced back in 1959 for use with 35mm format single-lens reflex camera. While the design of the lens mount has changed some over the years, the Nikon F-Mount is probably the most versatile in terms of backwards compatibility, as it can be used with many F-Mount cameras dating back to the 1960s.

In this video from WOOP Productions, we can see the powerful imagery that the Nikon line of cameras can produce.

Much like the EF and PL line of mounts, the Nikon F-Mount has a long list of lens manufacturers that support it. This list includes Nikkor, Zeiss, Schneider, Samyang, Sigma and Tokina.

When it comes to the Sony line of mounts, confusion can overcome a filmmaker quickly. The A-Mount is the old standard at Sony, being introduced by Minolta in 1985. It is widely used with the Alpha line of cameras that includes the A7S and the soon to be released A7R II.

Then, when the NEX line of Alpha cameras began to be released, Sony introduced an entirely different lens mount in the E-Mount. This mount has been used in cameras such as the FS100 and FS700. To make things even more confusing, Sony’s CineAlta line of cameras uses a combination of FZ and PL-Mounts.

You have probably seen this video on our site before, but that’s only because it’s insanely well-composed. Gateway to the Ganges by Brandon Li was shot using a Sony A7S.

Dave Pardue at Imaging Resource did a great job of making head or tails of this whole mess with his post back in January 2014, after Sony announced the dropping of the NEX branding. As of now, E-Mount lens options include Sony, Zeiss, Rokinon and Sigma exist. On the A-Mount side, lenses are available from Sony, Rokinon, Sigma, Tokina, Samyang & Bower.

Micro Four Thirds Mount: The New Kid on the Block

The final lens mount that we’ll look at is the Micro Four Thirds Mount, the new kid on the block that was developed and created by Olympus and Panasonic. There are advantages and disadvantages to using this lens mount and the sensor it accompanies.

The incredibly composed Budapest Cityscape from The Delivery Men was shot using the Panasonic GH4.

The positives are that it’s lighter, smaller, and the flange focal length is shorter. Because of this, the lens options are much cheaper on average than any other lens options. Now, the biggest disadvantage is the fact the sensor of a Micro Four Thirds is 75% smaller than a full-frame sensor.

Currently the only manufactures to make lenses with a Micro Four Thirds Mount are Panasonic, Olympus, Rokinon, Sigma, Tokina, Tamron and Bower.

Want more content on film gear? Then check out these articles from PremiumBeat.

Did this article help you understand the difference between lens mounts? Let us know in the comments below!