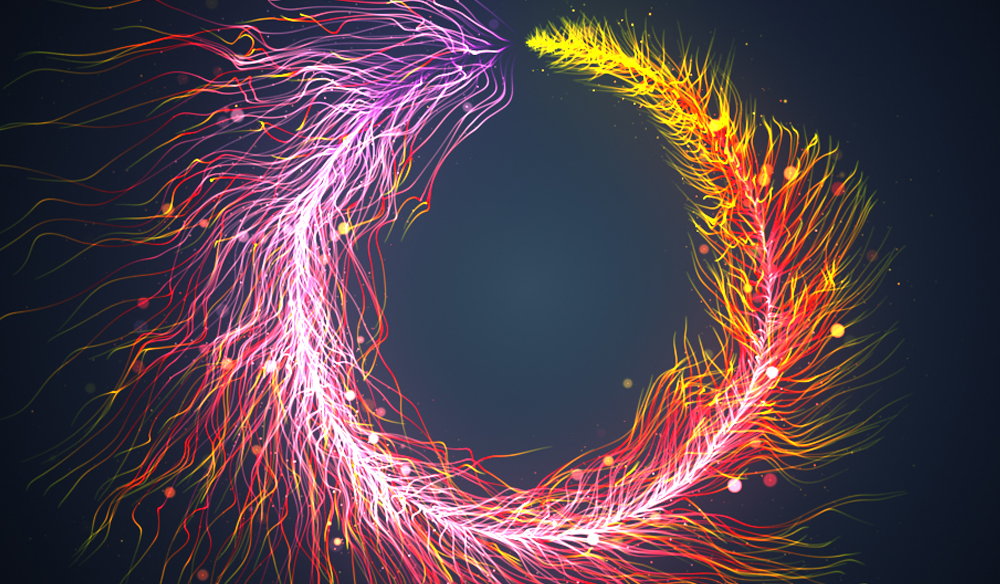 Learn how to create amazing effects in these 10 Trapcode Particular video tutorials.

Trapcode Particular is one of our favorite plug-ins for After Effects. Unlike the native particle generators in AE, Particular gives users much more control over the particles created. With a little creativity you can use Trapcode Particular to produce some pretty amazing effects. The following video tutorials are a testament to that.

Creating realistic water is a huge challenge for VFX artists, but in this short tutorial Dino Muhic shares his workflow for creating a realistic water effect in After Effects using Particular. This effect uses the particles in 3D space to create a really cool spiral effect. You can use this effect with a 3D camera to track around the water effect (useful for adding additional moving elements in the scene).

In this tutorial VinhSon Nguyen shows us how using null objects and a few emitter keyframes can produce an incredible galaxy nebula effect. In the tutorial VinSon demonstrates how a glow effect can make your simple particles look like stars. Instead of using Trapcode Shine, try using the 3D light rays effect outlined in Video Copilot’s Advanced 3D Light Ray tutorial.

Using a few native effects and Trapcode Particular you can create this really awesome burning fire logo in After Effects. Notice how the fire interacts with the text behind it. This tutorial will also covers how to use luma mattes to work as particle emitters.

If you’re looking for what might be the absolute best fire tutorial in After Effects, the following tutorial is for you. Created by Red Giant, this tutorial shows us how to create photo realistic fire by emitting video from Particular instead of simply emitting particles. This is also a great example of how simple color grading can really help sell your effects.

This is a great example of how an alpha matte as an emitter can produce awesome results. This tutorial also covers how floors can be used to set boundaries for your particles.

While this tutorial may be a little specific, it clearly demonstrates how Trapcode Particular can be used to simulate particles in water. It also dives into some basic compositing techniques. Notice how the particle’s gravity can be changed to travel backwards.

If you’ve ever wanted to create one a Star Wars/Star Trek wormhole effect then this is the tutorial for you. Using null objects in 3D space you can pull of a really cool stargate look. This tutorial also shows how particles can be stretched to simulate depth.

Instead of using some of the more cheesy lightning effect built into After Effects, you can use Trapcode Particular for more realistic results. Combined with a glow effect, the lightning produced using this technique may not look completely realistic, but we think it still looks really good.

In this video tutorial you will learn how to use Trapcode Particular to create an awesome dancing particle effect. Notice how the particles don’t look like particles, but rather a uniquely abstract form.

The particle dance tutorial is a great example of Trapcode’s ability to change the color of the particles it generates. Unlike Particle World, Trapcode gives users the ability to render particles with multiple colors simultaneously.

Know of any other great Trapcode Particular video tutorials?
Share in the comments below.