Make your video look like film with these awesome grain packs online.

Getting an “authentic” film look is the goal of most filmmakers. However, one of the biggest challenges to making your digital footage look like film is finding the right film grain. Fortunately, there are a few good places to find film grain online.

In the following article, we’ll take a look at our favorite places to find film grains online.

If you’re looking for the very best film grains on the internet, look no further than Emulsion from RocketStock. Emulsion is a comprehensive pack featuring 8mm, 16mm, and 32mm film grains. Unlike some of the other grains on this list, Emulsion film grains were actually shot using real film cameras. All of the film grains are delivered via a 4K ProRes 422 codec.

Each clean film scan showcases 15 seconds of grain, designed for looping. Dirty scans are also included for those who want that retro, grungy look. Emulsion is perfect for all skill levels! All you need is Premiere Pro, Final Cut Pro X, or After Effects, and you’re ready to go. A detailed tutorial comes with your download.

Here’s a quick demo of Emulsion in action.

Another good option for quickly putting film grains in your next project is Gorilla Grain. Unfortunately, Gorilla Grain is only in HD, so if you are working on 4K projects, you might want to choose something else, but if you want a super 35mm film grain pack that features real 35mm and 16mm film grain, this might be a great pack for you. Just like Emulsion, Gorilla Grain features 4k ProRes video delivered via instant download.

If you’re looking for the highest resolution possible, RGrain might be the best solution for you. With a 35mm plate that has been scanned at 6144 x 3160, RGrain is probably the largest film grain pack available. RGrain boasts that the increased resolution of their 6K clip will allow users to control the size of their film grains.

Ultimate Grain from Holy Grain is a great all-purpose solution if you are looking for cheap film grains that you can easily drop into a video project. Ultimate grain also features a few extra plates that you can use to stylize your clips.

Know of any other great film grain resources? Please share in the comments below. 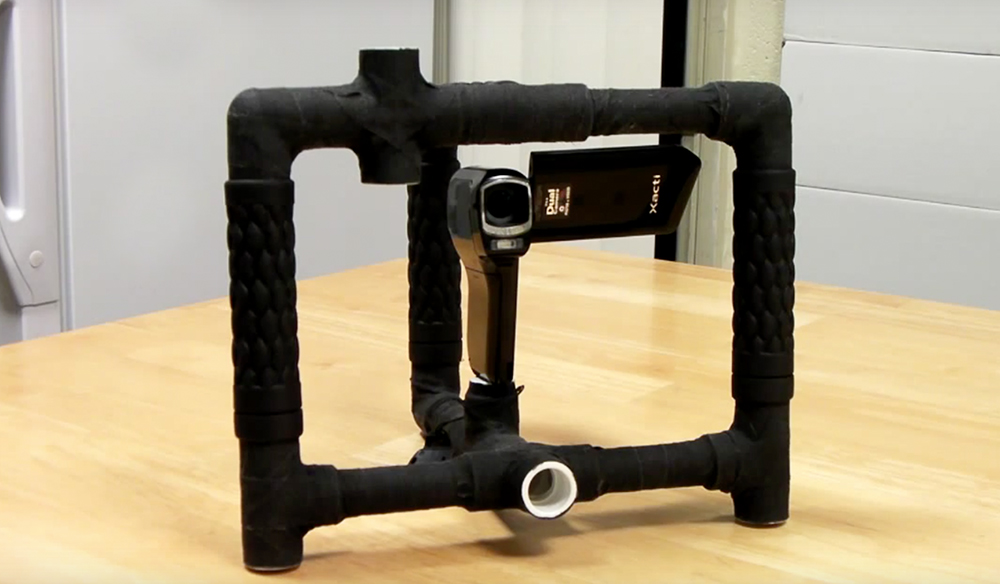 Video Gear
Filmmaking Hack: Create a Handheld Camera Rig for Less than $5
A