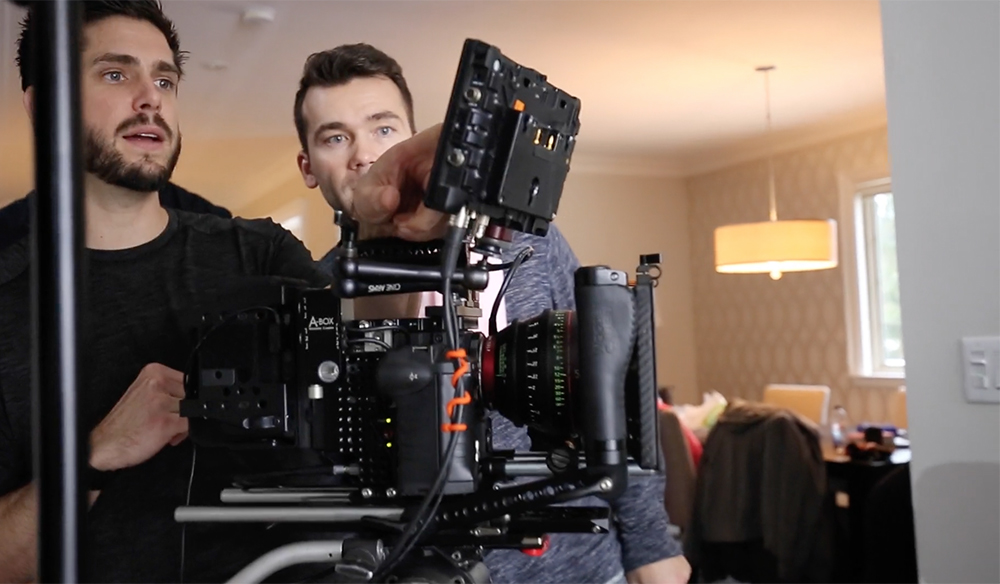 Behind the Data: The Most Popular Cameras of SXSW

In which we run the data and chat with the filmmakers of SXSW on what cameras and lenses they used and why.

SXSW 2017 has come and gone, and all we have to show for it is a mountain of emails, audio recordings, and interviews with some of the brightest filmmaking stars of the festival.

Of the over 100 films screened as part of SXSW Film Festival that we reached out to (including everything from the big name premieres like Terrence Malick’s Song to Song and Edgar Wright’s Baby Driver to the narrative and documentary competitions and shorts programs), over 65 filmmakers gave feedback and insights into their cameras, lenses, and production workflows.

Let’s explore some of the raw data (included at the bottom of the post) as we look at the most popular cameras of SXSW, the filmmakers’ decisions to use them, and their lenses and setups. 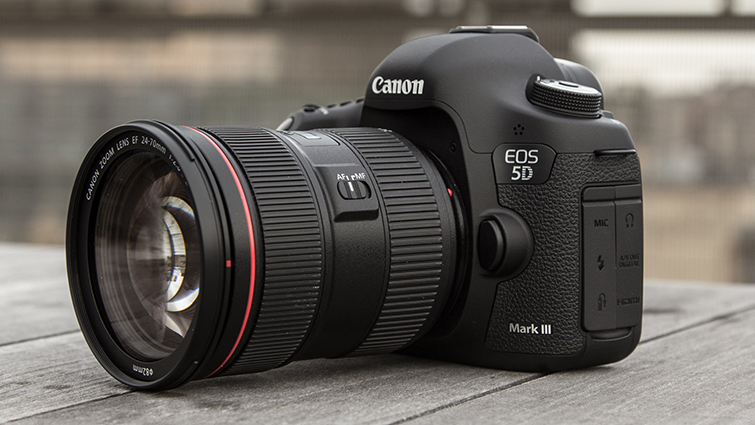 With our data coming from all levels of the industry, it’s no surprise that the Canon 5D would be one of the most popular choices. It was a favorite of student films, short films, and documentaries. Of those sampled, the MK III was the most popular, but a few used MK II and MK IV. Canon lenses were also a popular (and obvious) pairing.

The 5D is not included in our results, but many filmmakers mentioned it for some pick up shots or run-and-gun sequences. Here’s what filmmaker Miao Wang had to say about filming on the Canon 5D MK III for her documentary film Maineland.

MAINELAND was filmed mostly on the Canon 5D Mark III, with a small portion filmed on the Mark II. Filming began before the Mark III was released! We slowly built up our lens package. The majority of filming used the Canon 24-70mm, Canon 70-200mm, and Zeiss 85mm. DP Sean Price Williams uses an old East German ARRI film rig. Since we started the project back in late 2011, we used Final Cut Pro 7 and stuck with it to the bitter end. I had a lot of computer issues and crashes in the last couple of years, but I was wary of switching at such a late stage multiple projects over to Adobe Premiere Pro — that would have been my preference in the last two years. 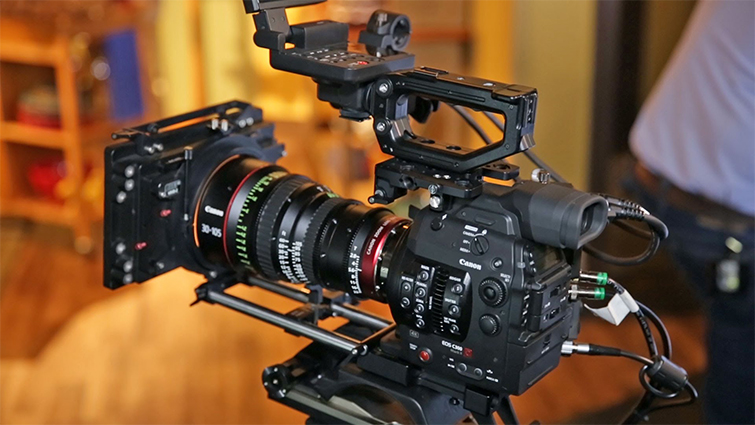 Canon’s line of cinema cameras, the C100, C300 and C500, had a very strong showing at SXSW this year. From our samples, the three combined together would easily be the festival favorite — which should be no surprise to those familiar with the line’s modular, portable, and adaptable family of cameras, lenses, and accessories.

Filmmaker Adam Roffman and cinematographer Nathaniel Hansen were some of many filmmakers to use the C300, along with some notably innovative production techniques, which you can read more about here.

We shot THE COLLECTION on a Canon C300. The one sort of DIY rig we did on the film was a tracking shot we did of a large group of printing blocks on the floor. We suspended some dolly track on two C-Stands and shot down at the blocks from above using the track. Attached pic of my cinematographer, Nathaniel Hansen, doing a test run with it during filming. 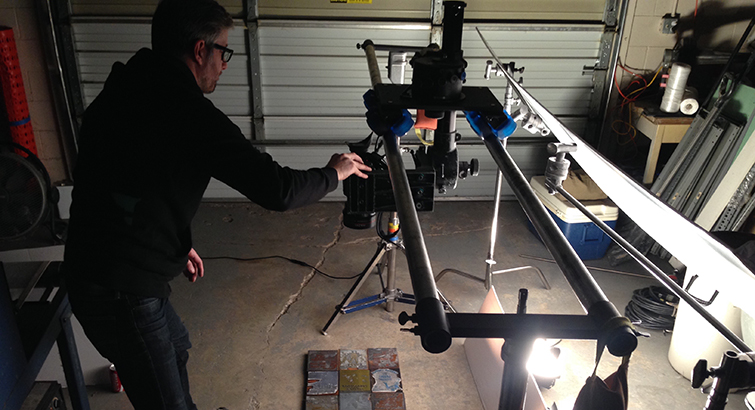 As always, Canon was a big player in the indie filmmaker community. Of the filmmakers we polled, 30.8 percent of filmmakers used some form of Canon camera. Here are the final Canon numbers from our SXSW survey: 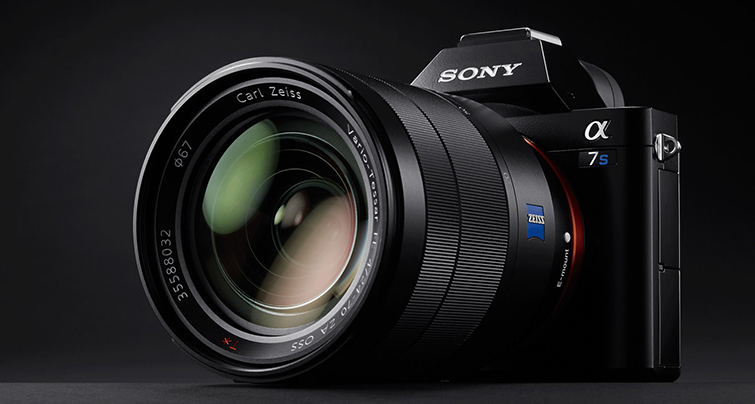 Similar to the Canon 5D, the Sony a7S was a popular choice for the many short and documentary filmmakers at SXSW for its compact size and versatility. Sony’s mirrorless 4k offering was a hit with filmmakers looking to pack a punch on a budget. According to Matthew Salleh, director of Barbecue, working with the camera’s full-frame sensor was a major factor in choosing the a7S:

We filmed on the Sony a7s. The a7s is a remarkable camera. It’s small and versatile, and allows you to get into tight spaces. It’s also not an intimidating camera to walk into a room with. Being a smaller DSLR, we were also able to bring two with us wherever we went — having a backup is nice when you’re a thousand miles off the beaten track in Mongolia.

We wanted to produce big screen, cinematic images. We used an Atomos Shogun to capture the film in 4K. We also had a slew of Canon lenses that we took everywhere. The a7s’s full frame sensor helped give a look that I find Super 35mm can’t achieve — particularly a shallower depth of field for portraits filmed with a wider point of view. That need for a full frame censor knocks out almost every camera from consideration, including the Arris, FS7, C500 — none of them could achieve that full frame look I was after.

The greatest advantage the a7s offered us was the ability to shoot the film in natural light. We didn’t have a single film light with us during production. There’s nothing worse than a filmmaker taking over someone’s house, putting up giant lights and shining them into people’s eyes. There’s nothing ‘natural’ about that. The natural light of an environment tells a story about how people live their lives, and I wanted to show that contrast between countries with changes in light. The a7s was the only camera that could do that. 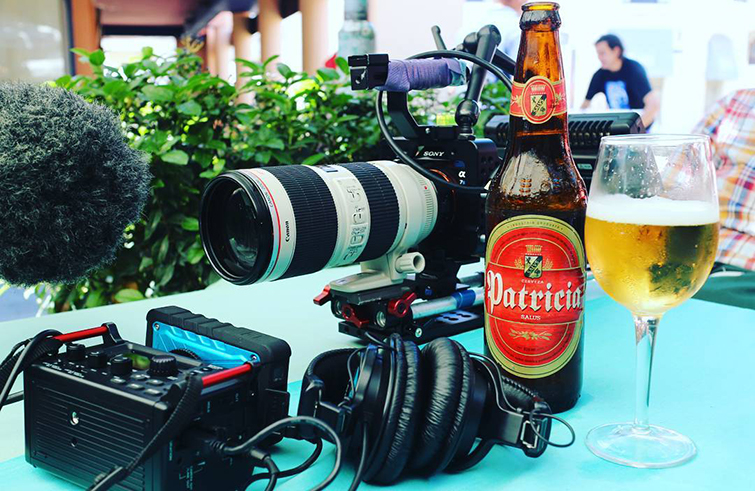 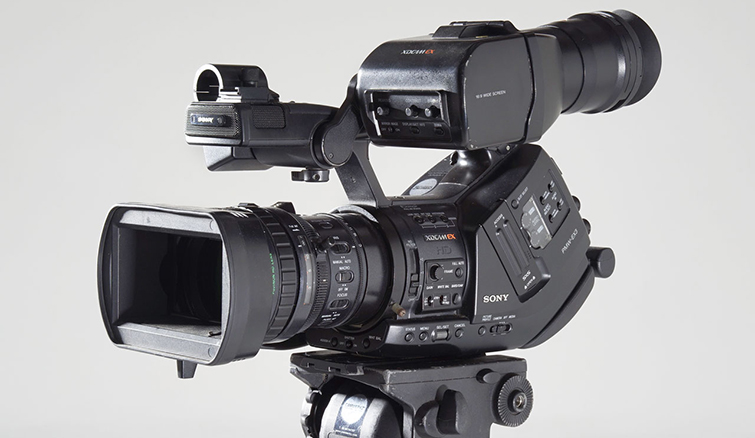 One of the more surprising cameras that popped up on in our sample was the Sony PMW-EX3, which was the camera of choice for Director of Photography Arturo Santamaria on his film The Work, which took home the top prize in the Documentary Feature competition. Sony also had a strong showing with its cinema cameras like the FS7 and FS5.

After auditioning several cameras ranging from 4k to Prosumer, I decided that the Sony EX3 was our best bet at the time.  Its biggest attribute was the use of two 32 GB card slots, which gave us approximately 4 hours of continuous filming. We used two Sony EX3s while in production.

I also wanted to shoot wide open so a Fujinon lens adaptor, which converts the camera’s mount from ½’’ to a 2/3’’ was a major plus in helping me shoot from any corner in the room. The adaptor allowed me to use Fujinon glass zoom lenses (7.6mm-167mm) which gave me the 1.8 t-stop I needed to apply in order to capture the group’s dynamic and discussion tempo.

Although I was very impressed with the camera’s 3 Exmor CMOS sensor, its limited ISO settings compared to other cameras was a concern because we were shooting in low light. Due to the restrictions on what equipment was allowed in the prison and time limitations to pre-rig our lighting I decided to hang eight 3 foot china balls with 200 watt tungsten bulbs. We rigged a temporary metal cable grid that supported all of our lighting from above. This provided us with soft and even lighting that didn’t need any adjustments during production.

Sony tied Canon bodies in our survey, at 30.8 percent. Here are the final Sony numbers from our SXSW survey: 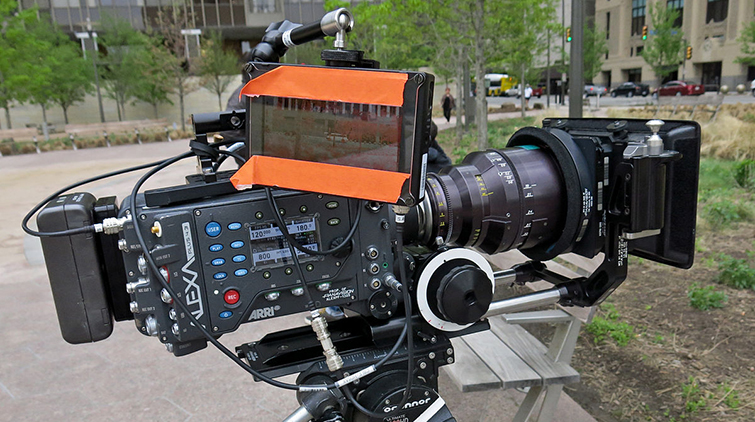 After a strong showing at the 2017 Oscars, it should be of no surprise that the ARRI Alexa was a popular pick for many of the narrative spotlight and narrative features in competition at SXSW. The most popular lens paired with the powerful Alexa, as with the case of the filmmakers of Walking Out, were Panavision, “both anamorphic lenses and Panavision spherical lenses.”

As is the case with many of the SXSW films trying new and innovative techniques, the filmmakers of Satan Said Dance had to come up with new ways to work with the camera and make use of some interesting screen ratios.

Satan Said Dance was shot on ARRI Alexa, no perks, but you may find it interesting that the screen ratio for the film is 1:1, square, and as far as editing goes, the film has no cause and effect structure, succession. The scenes can be put in alternative order and the story will work in any combination. There will be a mobile app premiere next week, ahead of the SXSW screenings, with more info and possibility to arrange your own version of the story. 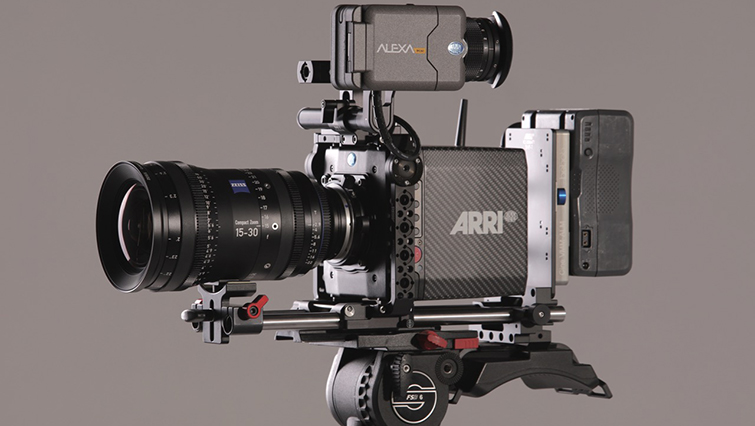 The Alexa Mini was just as popular as the ARRI Alexa — taken together, they came close to the numbers of the Canon cinema line and REDs (more on that below). ARRI’s mini offering proved to be the more versatile and, obviously, compact option for some of the ambitious narrative shorts like filmmaker Joe Talbot’s American Paradise.

American Paradise was shot on the ARRI Alexa Mini w Zeiss Master Anamorphic lenses. Anamorphics tend to warp around the edges (see Rick Alverson’s Entertainment, which our DP also shot). And that look works well for many films, but given our movie was already pretty strange, we were worried our film might start to look like a funhouse. We were excited to find these Zeiss Masters, which remarkably produced no distortion. We were moving very fast on set (up to 4 company moves a day), so our G&E and art department did heroes work in a very short period of time.

According to our survey, 15.4 percent used ARRI cameras. Here are the results from the SXSW poll. 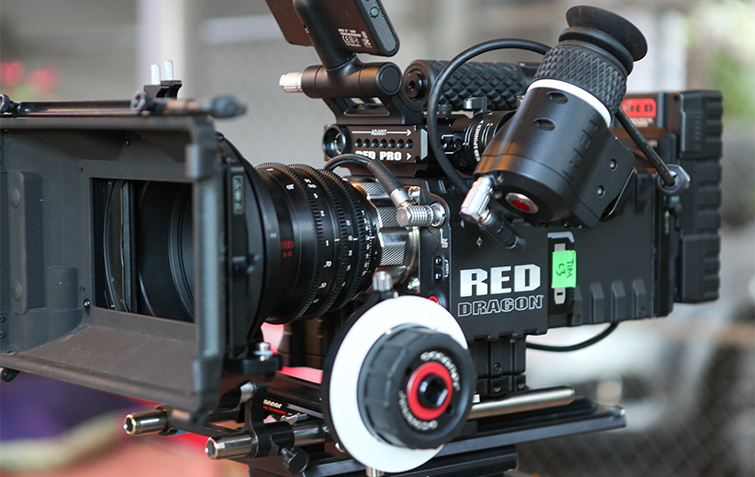 RED once again had a strong across-the-board showing with the higher-end and bigger production projects including narrative features, documentaries, and music videos. The RED DRAGON stood out in our sample for its dynamic range and high frame rate options. We chatted with director Justin Harding about his narrative short film, which screened in the Midnight Shorts program.

For our film “Kookie” we shot with two RED DRAGON Cameras with a set of Canon Cinema Primes. We also used the DJI Inspire Drone with the DJI Zenmuse X5 Camera. For fluid movement we went with the Movi freefly. We also used a GoPro to capture a single shot from inside a cookie jar and a BlackMagic 4K production Camera for a visual effect element that were captured against green screen. The film was edited using Raw r3d files in FCPX and all effects were created in After Effects.

You can view a behind the scenes video of our shoot at the link below.

RED cameras polled at 11.5 percent in our survey. Here are the RED cameras used in SXSW films.

Overall, SXSW offered a surprising diversity of cameras and lenses. This may be a testament to both the festival’s diverse offerings in terms of film styles and budgets as well as the diverse quality of digital cameras currently available on the market. Here are the other notable cameras used.

Which camera and lenses do you prefer? Let us know in the comments.