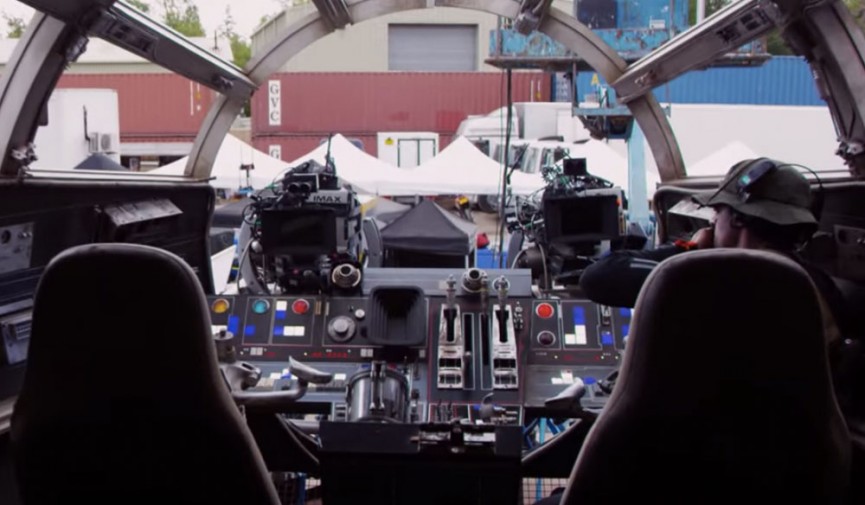 3 Filmmaking Lessons From the Production of The Force Awakens

Star Wars may have become more of a product than a piece of art, but it sets some great examples for aspiring filmmakers. In fact, lessons can even be found in the very brief behind-the-scenes peeks we’ve had at The Force Awakens. Let’s take a look!

Star Wars has long been a benchmark of Hollywood filmmaking, revolutionizing many aspects of the industry throughout its many releases. Once again, the release of a new trilogy aims to send cinema in a new direction, and with the behind-the-scenes footage shown thus far of The Force Awakens, we can already learn a few things.

These aren’t necessarily new aspects of filmmaking, but what we’ve seen of the production of The Force Awakens does provide some exciting examples of cinema’s potential.

One of the most notable aspects of The Force Awakens is its extensive application of practical effects. With the negative reception of the prequel trilogy’s overabundance of CGI, the new film appears to be attempting a return to form with its overall more traditional filmmaking.

This is quite obviously one of the most promising visual aspects of the film, but what is especially important to note is when they choose to use practical effects, and when they choose to refer to CGI. As seen in the majority of the behind-the-scenes footage, most of the set pieces shown were predominantly complete, physical environments, supplemented in small part by CGI.

Computer technology can be a wonderful tool to complement a shot, but should be used only to break the boundaries of what is practically possible. For instance, it’ s understandable that outer space dog fights will contain heavy CGI, but tangible, familiar-looking environments that humans are interacting with are best kept real. While the above scene of Kylo Ren exiting his shuttle is comprised largely of green screens, it still includes as many real assets as possible to accentuate the atmosphere and keep the subject embedded in the setting.

The new droid character, BB-8, is a testament to the new film’s commitment to practicality. While the droid’s unique design could certainly have been achieved digitally, the production team went the extra mile and built a fully functioning, mechanical BB-8. This resulted in a much more gritty, textured, and above all, physically accurate depiction of a character that both saves money, and feels natural within the context of film (as opposed to the digital filmmaking introduced by the Star Wars prequel trilogy).

With high-fidelity visual effects becoming increasingly accessible for the budget filmmaker, hopefully this kind of prop innovation will inspire you to think outside the box before settling for CGI shortcuts.

Adequate pre-production planning will generally make the shooting process much smoother and less prone to problems. Not everything can be anticipated or planned ahead of time, but it certainly goes a long way to at least rehearse crucial and complex scenes, even if it isn’t at full scale.

Sometimes an idea for a shot, prop, or action may seem great, but will fall flat for an unanticipated reason when brought to life. This may seem rather obvious, but many filmmakers don’t spend as much time planning out the technicalities of their individual shots as they potentially could.

Going into a scene knowing exactly what you want from it can be beneficial to your budget, as it allows you to prepare precisely what you require to achieve your goal and nothing more. Some of the early behind the scenes footage of The Force Awakens shows effective previsualization through the use of concept art and even miniature dioramas.

For instance, as seen above, by setting up a miniature version of the Tie Fighter crash to be depicted, J.J. Abrams and his crew were able to accurately explore potential cinematography and lighting options, while also verifying the necessity and practicality of each full-sized prop.

In this day in age, one can even model and virtually explore a 3D digital preview of a scene prior to set construction. When you’re on a tight production schedule, this kind of preparation will allow you to get the most of each set in the short time that it’s available. While a scene such as this one is of a much larger scale than you will likely encounter, it still goes to show how much effort and time should be invested in guaranteeing your success before the cameras start rolling.

Arguably one of the cooler moments behind the scenes of The Force Awakens is the brief look at the Millennium Falcon cockpit mounted to a motion simulator. This may seem a bit over the top, but details such as more accurate physical movement within the context of a vehicle like a space ship will go a long way in maintaining suspension of disbelief.

Star Wars has never really been commended for its realism, but effects like this further immerse the actor in their environment in comparison to something like simple camera shake. The main point to take away from this is that your character will inhabit a fictional situation much more seamlessly if they actually physically interact with and respond to their situation.

This same principle is applied to the stormtroopers thrust into the air by tow cables. The stormtroopers could certainly have acted out their movements in front a green screen to be later thrown into the air digitally, but the simulated physics simply would not have held up in comparison to the visual subtleties of true kinetic force.

Star Wars is somewhat of a totem of production scale and quality that consistently sets the bar for modern movie magic, and judging by this small glimpse into the newest chapter of the saga, The Force Awakens will have a lot of technical inspiration to offer up-and-coming filmmakers. With this brief insight into the cinematic mastery of the looming blockbuster, hopefully you will appreciate this action a bit more when you see it come to life on screen.

What technical aspects of The Force Awakens are you most looking forward to? Let us know in the comments below.