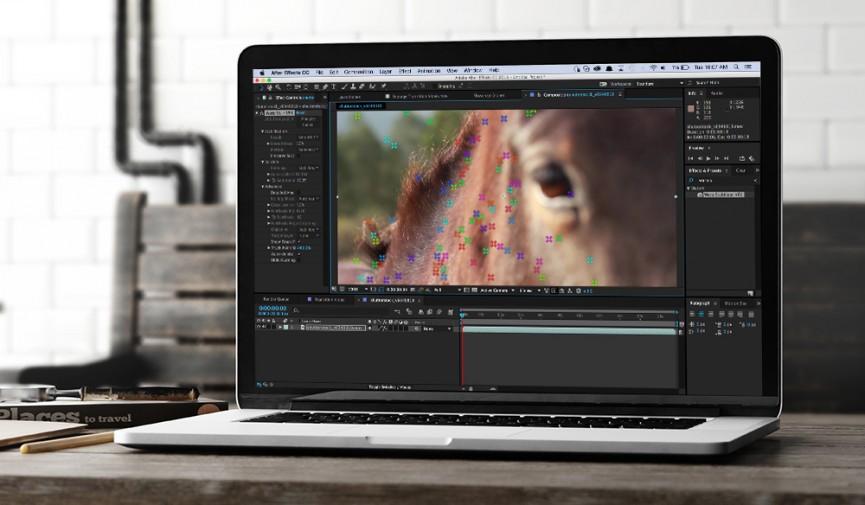 3 Ways to Stabilize Motion in After Effects

There are multiple ways to smooth out and stabilize motion in After Effects. Here are the three most important techniques to know.

On top of being a pretty fantastic compositing and motion graphics software, After Effects is a great tool for smoothing out video footage. While it’s always better to keep your footage as smooth as possible when on set, if you sit down to edit your footage and realize it’s too shaky, it’s not the end of the world. In fact, there are multiple things you can do. Here are three tools for stabilizing footage in After Effects.

The warp stabilizer effect uses background rendering. This allows you to work on other things while the effect is processing.

The warp stabilizer is particularly cool because it allows users to adjust the stabilization intensity. If you want your objects to be locked down, simply turn the smoothness down to 0. If you want there to be a little more movement, turn it up to 100 or anything in between.

This is an example of the track points found in the warp stabilizer effect.

The stabilize motion feature uses the built-in tracking functions in After Effects.

However, be prepared to adjust everything by hand when working with the stabilize motion feature. You might have to track your footage multiple times if your track points begin to wander while tracking.

This fantastic tutorial from Lynda.com shows us how to use this feature in After Effects. You’ll notice in the clip how the video needs to be cropped at the end to compensate for shifting edges.

ReelSteady also has quite a few added features that make it fantastic for doing next-level tracks. For example, users can create masks to block out certain areas of your frame. This is great for deselecting a subject that moves prominently around your frame.

What is your favorite way to stabilize footage in After Effects? Share in the comments below.