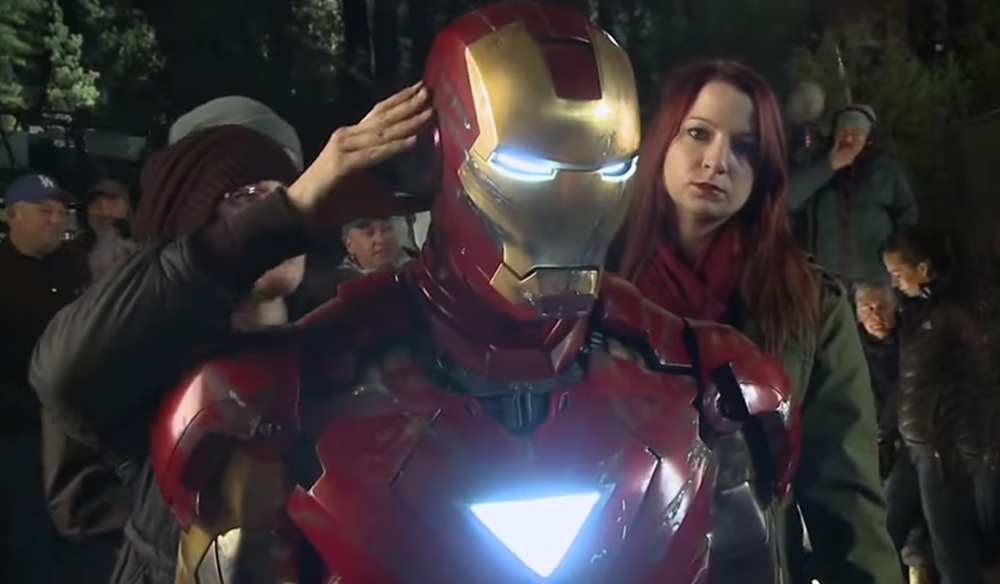 6 Filmmaking Takeaways from the Set of ‘The Avengers’

What filmmaking truths can be found on the set of one of the biggest blockbusters in history? Go behind the scenes of The Avengers.

As one of the highest grossing films of all time, The Avengers is about as big as a movie can get. However, you don’t need to have a multimillion dollar budget to get something out of these awesome behind-the-scenes videos. Here’s a list of six filmmaking takeaways from the BTS videos of The Avengers. Let’s begin:

1. It’s the last 15% of the details that make all the difference.

Key Takeaway: The beauty is in the details.

As with most things, in filmmaking the difference is in the details. This goes for indie films all the way up to Hollywood blockbusters. In this featurette, Jeff White, the Visual Effects Supervisor for The Avengers talks about how they decided to make their Hulk a little more “flabby” than previous iterations. This decision proved to make the CGI character much more believable.

The artists behind the Hulk took into account an insane amount of detail, from cloth simulations for skin all the way down to the theoretical weight of the Hulk. It was these smaller details (and a decade of VFX innovation) that helped separate the 2012 Hulk from the 2003 Hulk.

Key Takeaway: While they are certainly more difficult, multicam productions can be worth it.

Multicam productions can be a scary monster to face, especially if you are an indie filmmaker. It’s easier to light and control a scene for one camera than two, so most filmmakers choose to shoot with one camera at a time. However when you have high-dollar special effects that can only happen once, you really don’t have a choice but to shoot with more than one camera.

3. All of the crew members look at least 40 years old.

Key Takeaway: It takes time to become a key player on a Hollywood production.

One of the most interesting and reassuring things that we saw in the BTS videos was the fact that most of the crew members for The Avengers look like they are 40 years old or older, especially the ones holding a camera. As aspiring filmmakers, this reality tells us a lot about the filmmaking industry. Namely, like any industry, it takes time to work your way up the ladder to become a key player in large scale movies like The Avengers. Sure, networking helps, but at the end of the day? It’s hard work and experience that will help you get on big productions.

4. All the fight scenes are highly choreographed before actors show up on set.

If you’ve ever tried shooting an action scene, then you probably know how difficult it is to shoot a believable fight scene. A good fight scene takes a lot of choreographing before you show up on set and The Avengers is no exception. Each actor had to spend weeks being trained in combat and the various fight scenes that were required for The Avengers.

If you’re an indie filmmaker looking to shoot an awesome fight scene, take a lot of time to research, storyboard, and choreograph. By taking more time in pre-production to work out the details of the shoot, you’ll be able to create a much better scene than what could be created by quickly figuring it out on set.

5. There are a surprising amount of practical effects.

While VFX do offer you much more control, practical effects are often better than those created by a computer — just ask George Lucas. You’ve probably seen a lot of pictures of the green screen sound stages used in The Avengers, but one surprising thing we found in the BTS videos is the amount of practical effects and set dressing that went into the film.

Practical effects are surprisingly easy to create. From simply throwing dirt to using air cannons to launch a car in the air, there are a lot of really cool ways to create live effects that look great. If you’re interested in seeing more practical effects, check out our Top 10 Practical Movie Effects of All Time post.

6. A cast that likes each other is a happy cast.

It’s hard to think of another all-star cast that gets along with each other like the cast of The Avengers — and that real world chemistry is obvious on the screen. Despite what your fedora wearing “director” friend tells you, there is no room for egos on set. By having a friendly relationship with your actors and crew members, you will better gain respect — which will pay dividends on screen.

Want to learn even behind the scenes Avengers inspiration? Check out a few of the following resources:

Are you excited for the new Avengers: Age of Ultron movie? Sound off in the comments below.