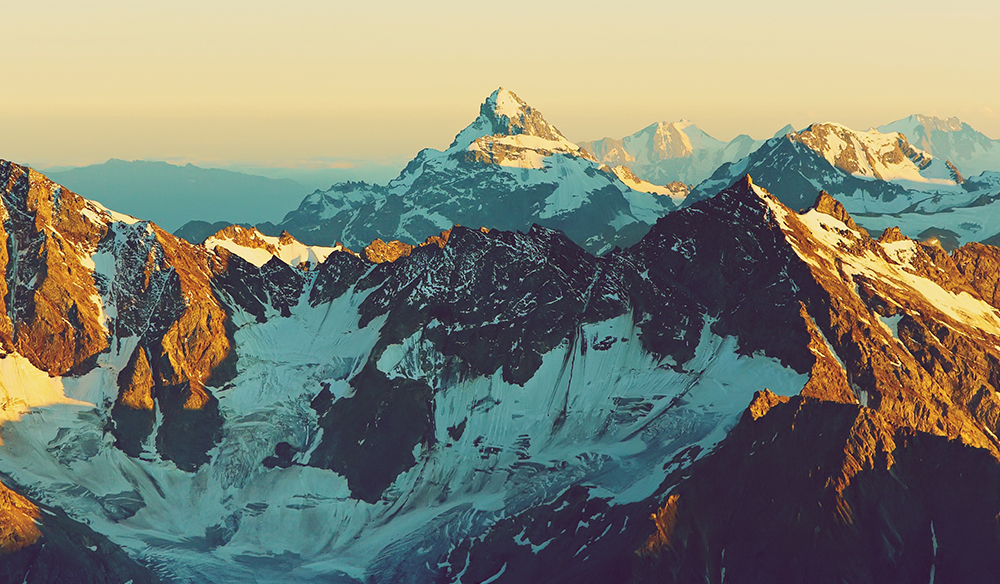 There’s a lot to learn from this collection of visually spectacular aerial footage.

We live in the golden years of drone filmmaking. Everyday there’s a new inspiring aerial reel released online, so it’s not hard to stay in a perpetual state of drone inspiration. One great example is this awesome compilation from Shutterstock. The video features many great examples of cinematic drone footage from filmmakers around the world.

Now that we’re inspired, what are we to do with all of this information? Well, there are a few takeaways that can help both aerial cinematographers and filmmakers alike.

When shooting (not just aerial footage) you need to examine the foreground, subject, and background to determine if your frame is well-composed. When it comes to drone footage, it can be easy to simply view your footage as a flat surface. This is a mistake. Take this clip for example:

Sure, the subject is interesting. You have the Manhattan skyline with good colors, but the movement is incredibly limited. This is fine for certain circumstances, but as filmmakers you want each clip to have the greatest cinematic potential.

For a better example, take a look at this next clip.

Notice how cinematic it looks when you have a foreground moving at a faster rate than the background. You have the bridge, cars, and skyscrapers in the background, all featuring interesting movement across the frame.

In a nutshell, dynamic range is the key difference between a cinematic image and a “video-like” image. Essentially, dynamic range deals with the number of stops your camera can handle. A quick way to know how great you camera’s dynamic range is: look at the sky. Is it blown out? Or can you see sky detail? If it’s blown out or almost completely white, you might want to get a better camera or shoot at a better time of day.

This footage was shot with an ARRI Alexa, which has 13.5 stops of dynamic range. Notice how much detail is in the bright sky and the dark ground.

If you don’t have thousands of dollars to spend on an Alexa, check out the Blackmagic Micro Cinema Camera. With 13 stops of dynamic range and the ability to record in RAW, the camera is a dream for aerial filmmakers.

As with most cinematography, unique camera angles help separate good and bad aerial cinematography. Instead of doing the usual fly-by, try thinking of unique perspectives.

This video is a great example of looking at a scene from a unique angle.

Instead of shooting from a traditional angle, the cinematographer let the camera look straight down toward the ground. Take this same approach. Drone footage of all kinds is cool right now, but soon the market will get so saturated that you’ll need to separate your footage from the rest. Unique perspectives can help.

Composition applies on the ground and the same is true in the air. Instead of simply having your subject in the center of the frame while circling, try thinking of ways in which you can lead the audience’s eye toward your subject.

When an audience is viewing piece of video, there’s a fight for attention going on. Good composition will guide their eyes where you want them to be. Composition is not something that can be learned overnight, it takes years of practice to become a compositional master. A quick way to make your compositions better is to treat every frame as a still photograph. At no point should your audience be able to pause your film and not be impressed.

5. Color Grading Puts it Over the Top

Color grading is essential for separating professional cinematic drone footage from amateur footage. Unfortunately, many filmmakers simply apply presets to their footage or, even worse, skip the process entirely in post-production. This is a huge mistake.

Take this clip for example. You’ll notice that while the subject is cool, the real thing that sets this clip apart is the color grading. The artist/filmmaker took special consideration into the color palette of the footage instead of letting it remain flat.

All cinematic footage deserves to be color graded by hand, but when it comes to aerial footage this is especially true. In order to have greater control over your colors in post, you will need to make sure your footage has a high dynamic range like we talked about in point two.

One of the best color grading tools on the market right now is DaVinci Resolve, which just so happens to have have a free version. You can have great control over your grades using DaVinci Resolve and it’s regularly updated interface is making the grading process easier with each update.

Aerial footage gives you a unique chance to shoot perspectives that can’t be found in everyday life. Great aerial footage utilizes patterns and lines to increase visual interest. For example, the following footage showcases a seemingly average suburban neighborhood, and yet it’s visually stunning because of the incredible design patterns created by the houses.

Here’s another great example. Check out this breathtaking footage of Thailand. While the footage would certainly be amazing without the river flowing through, the river actually helps guide the viewers eye throughout the composition.

Next time you’re filming aerial footage (or regular footage for that matter) make Stanely Kubrick proud and take time to look for lines and patterns.

If you wanted to shoot incredible footage on the ground, you wouldn’t simply stick your camera on a tripod. You’d try using a slider or glidecam or even a crane. The same is true in the air. Movement can do wonders for boring footage. Instead of keeping your camera still, try playing around with complex camera movements in the air. It takes practice, but once you’re able to maneuver your drone as needed, you can achieve incredible results.

This clip is a great example of movement:

Sure a simple stagnant aerial shot would have been cool, but the real visual impact came from the camera movement in combination with the parallaxing effect.

One particular drone you might want to look at is 3DR’s Solo Smart Drone. The drone was designed to help with camera movements by automating complex movements. Users can set virtual cable cam lines and orbit points while monitoring the footage on their phone. For more info about this drone check out our overview post on the Solo Smart Drone.

Want to learn more about shooting spectacular aerial footage? Check out a few of the following links:

Have any other tips for getting cinematic footage? Share in the comments below.