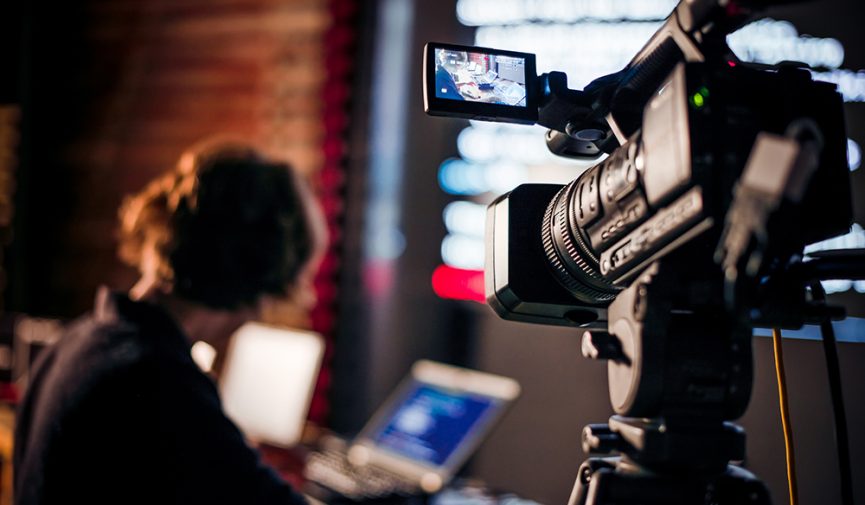 7 Ways to Make Your Corporate Videos Exciting and Fun

Corporate video doesn’t have to suck the life out of the room. Here are seven simple ways to make your corporate video as entertaining as it is informative!

Corporate video production has been a mainstay of the film and video production world for as long as cameras have been around. However, for almost just as long, they have suffered a negative reputation as unimaginative, uninspired, and downright boring to watch, shoot, or edit. That does not have to be the case.

In this day and age, knowing that some videos still have flat, non-animated logo reveals at their beginnings and ends is kind of ridiculous.

For those who think a logo card fading in from black or white is still an acceptable way to grab your audience’s attention, well, you’re wrong. You’re actually losing your audience from the get-go. Aside from a plethora of tutorials available online that show you how to create animated logos, there are several free and cheap options available on this site alone (like the one featured above). You’ll find a few more resources below. Use them!

2. Use After Effects Templates

Along with an animated logo reveal, using a full After Effects template throughout your corporate video can make a world of difference in style and storytelling. A good AE pack will feature eye-catching logo reveals, lower thirds, slide animations, animated fonts, and customizable colors, all of which can be dragged and dropped into your original footage with ease. Here are some resources below, or just head straight to RocketStock and browse their selection online.

3. Get Your Subjects Out of White Space 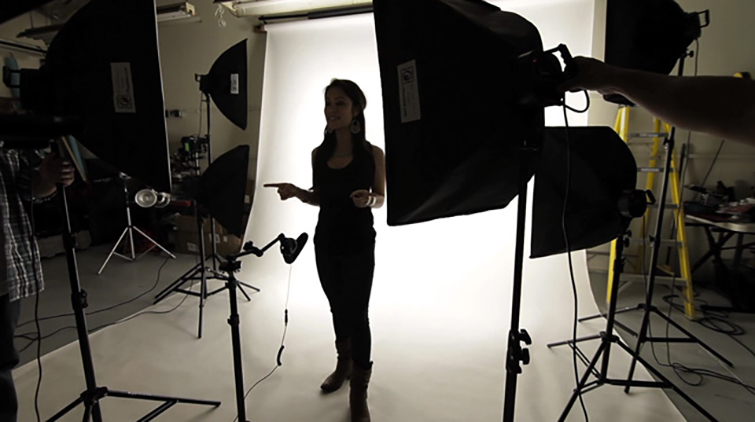 The white cyc wall was all the rage after Apple’s successful run of minimalist commercials — however, it’s become somewhat of the norm in corporate videos ever since. While not necessarily a bad thing in the right circumstances, if you’re looking to give your videos a boost, try taking out the shots that literally offer nothing besides their subjects. Offices may not be sexy, but bringing subjects to life creatively in their actual workspaces and environments can give your videos an instant boost.

Whether you’re using it for a pick-up shot or editing a full video off a stock budget, there are times when you need to call upon some dynamic stock footage to show corporate synergy and collaboration.

Sure, there are almost as many places to get stock assets as there are miscellaneous shots of workers pointing at white boards, but that doesn’t mean you can’t find quality. Using a service like Shutterstock is a great way to get your video to stand out. 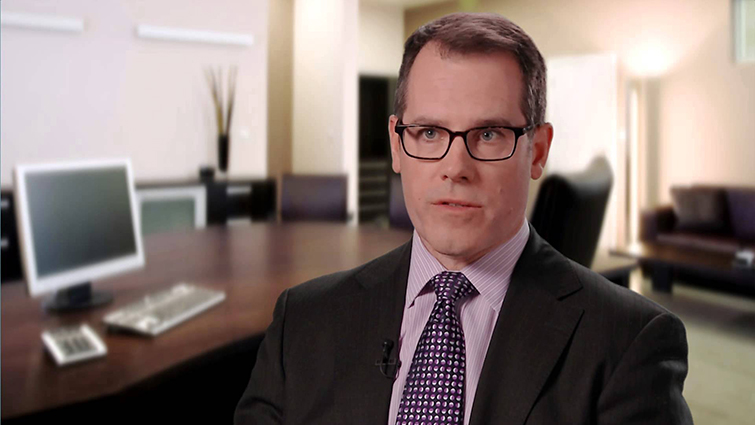 When shooting corporate video, it’s important to remind yourself that you’re already down in the count against boring an audience. Filming for convenience (i.e. setting an interview against a wall for minimal set dressing) may be a common urge — but you should resist that urge when possible.

It might not look like a big difference, but the image above at the very least gives some depth in space and color, as well as several different line planes to direct the eye back to the subject — all helpful devices in giving your audience a reason to keep watching.

This may be easier said than done (following the next step listed below might help), but one of the biggest flaws in the realm of corporate video is the amount of buzzspeak, buzzwords, and industry terms that — while helpful to those with explicit knowledge — can instantly take any bystander or less business-savvy viewer out of the video. If you hear one of these words dropped in an interview, make a point to get the speaker to explain things in a more rudimentary fashion.

7. Have Conversations, Not Scripts 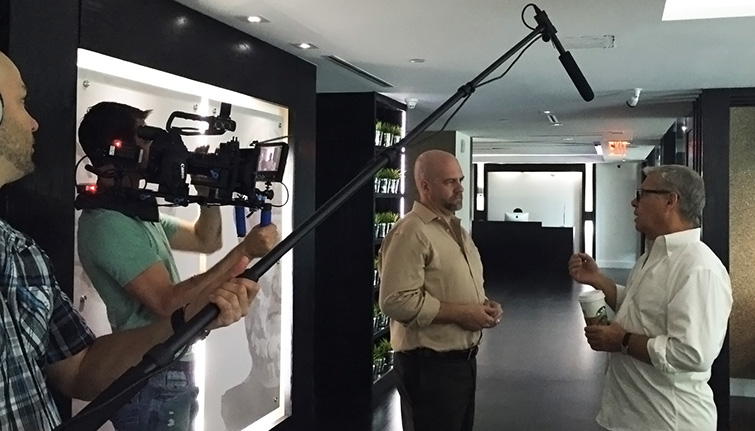 Which brings us to our final tip. Some videos need to be tightly scripted — like whiteboards or animated pieces — but for those that rely on corporate employees talking into the camera, scripts can be devastating when read poorly and unconfidently.

One of the best ways to entice the best out of your subjects is to get them talking to you in a conversational way, straying away from rigid, scripted reciting of information. Get them comfortable in a spot in the room and focused away from the camera. If they’re any good at their jobs, they’ll usually be excited to talk about it — just, you know, to another person, not a camera lens.

How do you keep your corporate videos from boring the audience? Let us know in the comments below.