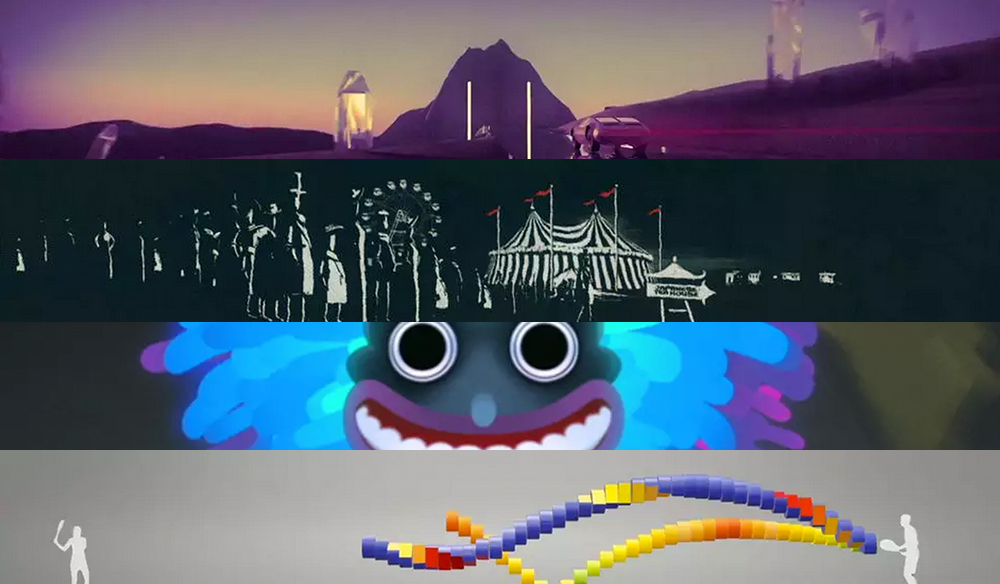 There are a lot of rules when it comes to video production and filmmaking: the 180 degree rule, the rule of thirds, etc. But when it comes to aspect ratios, it’s less concreate. Here are a few examples of videos that have broken away from 16:9 and utilized a non-traditional aspect ratio to their creative advantage.

To get the full effect click the full screen button when watching each video.

1. Everything I Can See From Here

Everything I Can See From Here is a short film directed by Sam Taylor and Bjorn Aschim for The Line, an animation collective based in London. The film takes place in a dystopian future and features some really interesting animation, sound design, and color work. The film uses it’s skinny aspect ratio to convey a feeling of openness and isolation.

Serving as the official music video for Mike Luck’s Cityscape EP, this video features a car driving through a retro-future desert landscape. The wide aspect ratio is similar to that of the viewing angle you might see if you were looking through a car windshield.

In what can only be described as a modern Fantasia, Crystals is a collaboration between artist Bruno Levy and DJ/composer Kate Simko. Crystals is a documenatry set to music, showing the process of how crystals are made. To get the up-close shots, director Bruno Levy used a camera attached to a microscope.

Evolution, is a short film showcasing the history of Melbourne, Australia. The video was custom created to be displayed on 6 LED monitors. The entire project was created by only 6 people under a strict deadline. It is currently on display at Melbourne’s Hamer Hall.

Jetcoaster Romance is an audio/visual journey through a fictional 3D world. The video uses it’s wide aspect ratio to create a parallax to the audience. The video essentially puts a 270 degree field of view into a single 2D plane.

In a world of 16:9, even a video with a square-like aspect ratio is unique. The following video created by Alan Warburton is a great example of how aspect ratios can be used to convey hidden symbolism. The film was created in just 6 weeks for exhibition in The Photographers’ Gallery in London.

Trace is a continuously looping video created for exhibition at the Motion Factory in Paris. While the video may seem like it was created using CGI, it is actually a stop motion video that used over 17,000 still images. The video was projected across 20 meters, making it life-like in scale.

8. Duck, Death and the Tulip

Duck, Death and the Tulip is a sad 6 minutes, but worthwhile viewing. The premise of the central character is a duck that builds a relationship with death. Just like in Everything I Can See From Here, DDT uses it’s unique aspect ratio to convey a feeling of isolation…which only makes it more depressing.

Know of any other non-traditional aspect ratio videos? Share in the comments below.