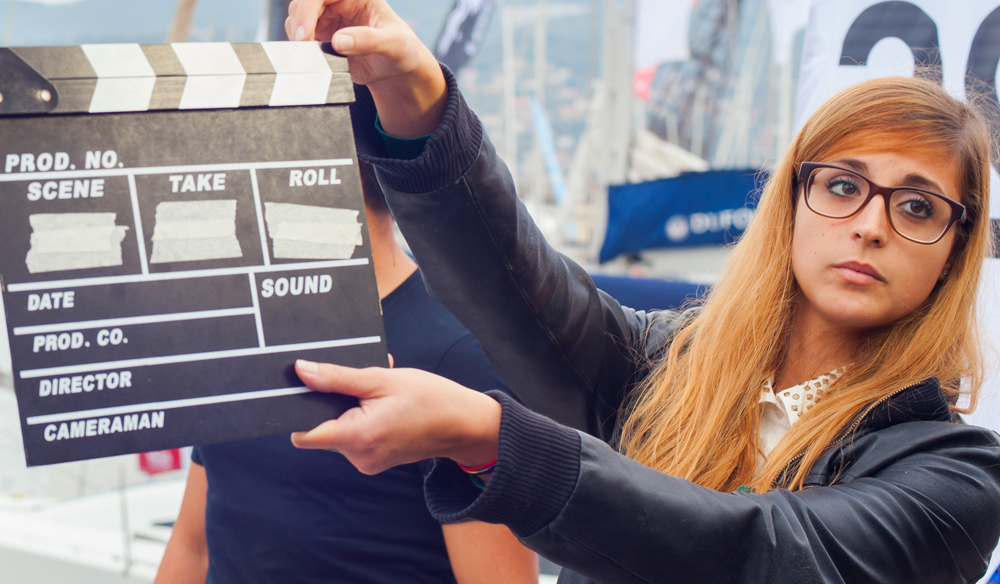 8 Filmmaking Tutorials Every Filmmaker Should Watch

From audio recording to zoom lenses, these insightful filmmaking tutorials are not to be missed.

There’s a lot to learn in the filmmaking world. From scripts to distribution, there are a seemingly endless number of skills and techniques to master. This can be overwhelming for both new filmmakers and seasoned veterans alike. So, to save some time, we’ve compiled a list of eight filmmaking tutorials every filmmaker should watch. Even if you have years of experience, these comprehensive tutorials can be a great refresher to help kickstart your inspiration.

1. How to Format a Screenplay

Writing a screenplay is not like writing a book; in the industry, there’s a very specific structure in which scripts are formatted. So, once you’re ready to put your ideas on paper, it’s a good idea to have your formatting down. Luckily, software like Celtx can help you format your script with ease. In this quick tutorial, Russell Hasenauer from Indy Mogul shows us a few basics of script formatting.

2. How to Storyboard and Schedule Your Film

One of the best ways to convey what you want a shot to look like is to storyboard. Storyboarding is essentially a small picture that shows basic framing and composition. A storyboard can be incredibly detailed or simple. Really, it all depends on the scale of your film – and, frankly, your drawing skills.

One of the most common mistakes made by young filmmakers is poor scheduling. Shooting a film takes a lot of time. So, if you want your film to be the best it can be, you need to quickly learn how to allocate enough time to shoot your scenes well while staying under budget. This quick tutorial shows us how it’s done.

Want to ruin your film before it’s shot? Cast a bad actor to play your lead. In yet another fantastic tutorial created by Film Riot, Ryan Connolly shares a few tips for perfecting the casting process.

When it comes to composition, there are many rules to keep in mind: Don’t cut across the 180 degree line, always move more than 30 degrees between shots, observe the rule of thirds, etc.

While these rules are certainly helpful, they aren’t mandatory – they’re only helpful guides to make the whole filmmaking process easier. In this quick tutorial, Tom Antos shares a few of the basic filmmaking rules to help us better understand composition.

As one of the foundational elements of the exposure triangle, understanding your aperture is incredibly important to understanding cinematography in general. Early in your filmmaking journey you probably learned of the F-Stop, a mathematical formula designed to help photographers and filmmakers understand the speed of a lens. But in the filmmaking world, the even more accurate T-Stop is a better way to understand how much light is actually hitting the camera sensor. In this tutorial, Matt Granger shares the difference between an F-Stop and a T-Stop.

Tutorial by: The Slanted Lens

Camera movements have a huge role in conveying emotion and hidden meaning that couldn’t be shown through actors alone. In this awesome tutorial, The Slanted Lens shows us a few camera movement techniques that can be used to convey emotion.

Want to make your film look more professional? Invest in some lights. Controlled lighting has the power to dynamically change the overall look and feel of your film, but don’t take my word for it. Check out this quick tutorial by DP Eve Hazleton, where she explains some of the basics of film lighting.

8. The Basics of Recording Audio for Digital Video

It’s often said that a film is 50% what is seen and 50% what is heard. Audio plays a vital role in any film. Want to find out if you’re watching an indie film or a blockbuster feature? Just close your eyes. Professional filmmakers know that audio is an incredibly important investment, but there’s a lot to learn. In this tutorial by John P. Hess of Filmmaker IQ, we take a look at some of the basics of recording audio on location.

Want to take your filmmaking skills to the next level? Check out a few of these awesome tutorials here on the Premiumbeat blog:

Know of any other must-watch filmmaking tutorials? Let us hear about them in the comments below.