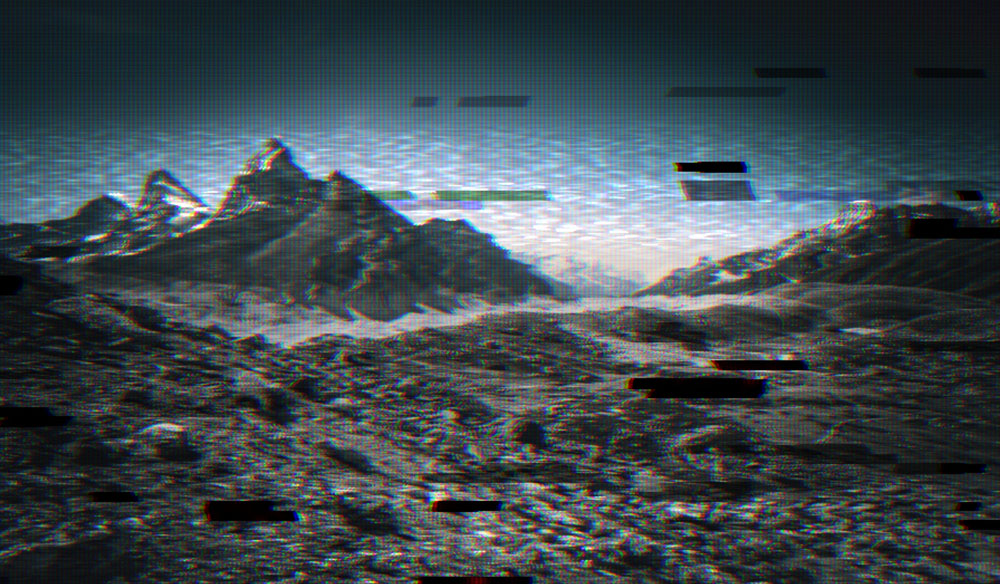 8 Ways to Create Digital Distortion in After Effects

These 8 tools are a great way to give your footage digital distortion in After Effects.

You can create free digital distortion in After Effects using this template from RocketStock. Essentially the template uses a series of compositions to add distortion using only native effects, so you don’t need to install anything. Simply open the free template and drop your footage into the ‘Drop Footage Here’ Composition and your distorted footage will be outputted into a final composition. The free After Effects template can be customized using a series of sliders that adjust various effects like turbulence, color bars, and noise.

Here’s a quick demo of the various features in the free AE Template:

The CreativeDojo is not only a great place to learn the basics of After Effects, but you can also find a big selection of useful tools that VinhSon has created himself. With this awesome Glitch Script for After Effects, users can easily create customizable glitch effects by simply pressing a button. Simply select your composition and click ‘Generate Glitch’ and AE will create a composition with a control layer which can be adjusted in a similar way to the free RocketStock template. This template is great for creating RGB chromatic aberrations.

(Quick Note: While VinhSon is happy to give his glitch script away for free, why not donate a few bucks to help him out?)

This technique pioneered by Aharon Rabinowitz of Red Giant shows us how to create a distorted glitch box effect using native tools in After Effects. The technique is essentially a combination of the fractal noise effect mixed with a displacement map. It’s a pretty ingenious way to create distortion quickly. The tutorial also features a Red Giant tool called Holomatrix, but we’ll discus more about that below. If you know of any ways to take this distortion technique to the next level please share in the comments below.

The following tutorial shows us how this distortion technique is accomplished.

Sometimes it can be easier create a distortion effect in After Effects be simply integrating digital distortion video with your composition. While this technique isn’t super customizable, it is incredibly easy to do. In a similar approach to the previous technique, you could integrate stock footage of a digital distortion with your composition. There are a lot of places to find such footage, like this example video from ShutterStock. Having a wide variety of footage is important if you decide to go that route.

This tutorial by Georgiiou shows us how to use this technique to quickly create distorted footage.

When it comes to glitch plugins in After Effects, Twitch is where it all began. Created by Andrew Kramer of Video Copilot, Twitch allows users to create glitch effects with a simple plugin. The glitch effects that you get with Twitch would be categorized as more organic than the others found on this list, but the end result is impressive nonetheless.

Holomatrix is a plugin developed by Red Giant used to simulate a hologram-like effect in After Effects. The style created by Holomatrix is more like a futuristic style distortion, but it should do in most circumstances. The cool thing about Holomatrix is it can be simply dragged and dropped onto your layers! No extra steps! Unfortunately, or maybe fortunately, this effect can’t be purchased without a subscription to the Red Giant Universe which includes dozens of other great tools and plugins as well.

For a more TV style glitch, you can use the Glitch plugin developed like Red Giant. Glitch has very similar effect controllers to that of the RocketStock template. However, Red Giant’s Glitch is a plugin that can be used with any layer without opening or importing a separate project. Glitch focuses on colored bar distortion rather than sharp distortions. So if you are looking to get a good ‘signal’ distortion this plugin might be for you. Red Giant offers a free trial of their Universe subscription so you can try these tools before you buy.

The TV Distortion Bundle is another good option if you are looking to create a distorted TV effect in After Effects. The bundle includes Data Glitch, Bad TV, Separate RGB, Dot Pixels, and TV Pixels — all plugin’s that can be easily applied to your footage. The cool thing about the TV Distortion Bundle is the fact that these distortions can work in both After Effects and Premiere. Don’t let the high price-point scare you — these effects are great!

Want to learn more about creating distortion effects in After Effects? Check out a few of the following resource:

Know of any other great distortion tools in After Effects? Share in the comments below.