A Complete Guide to the New Red Giant Universe

What is Red Giant Universe?

Universe is a community that gives members access to powerful free tools for editing, filmmaking, visual effects and motion design, including a collection over 50 new plug-ins for use in Adobe After Effects, Adobe Premiere Pro, Final Cut X and Apple Motion.

Through Universe, Red Giant is pledging to create and develop new plug-ins based on community voting and user feedback. They’ll also be updating their existing products to work in the Universe, including Knoll Light Factory EZ, Retrograde and Toonit.

The Universe works on both Mac and Windows machines and allegedly runs much faster because it uses the computers GPU. They even boast that some effects and transitions will work in near real-time.

A Few of the effects offered in Red Giant Universe.

Red Giant is also announcing the creation of their newest effect editor, Supernova. With Supernova users who are interested in creating new plug-ins for After Effects, Premiere, Final Cut X or Motion can use Red Giant’s library of effects. 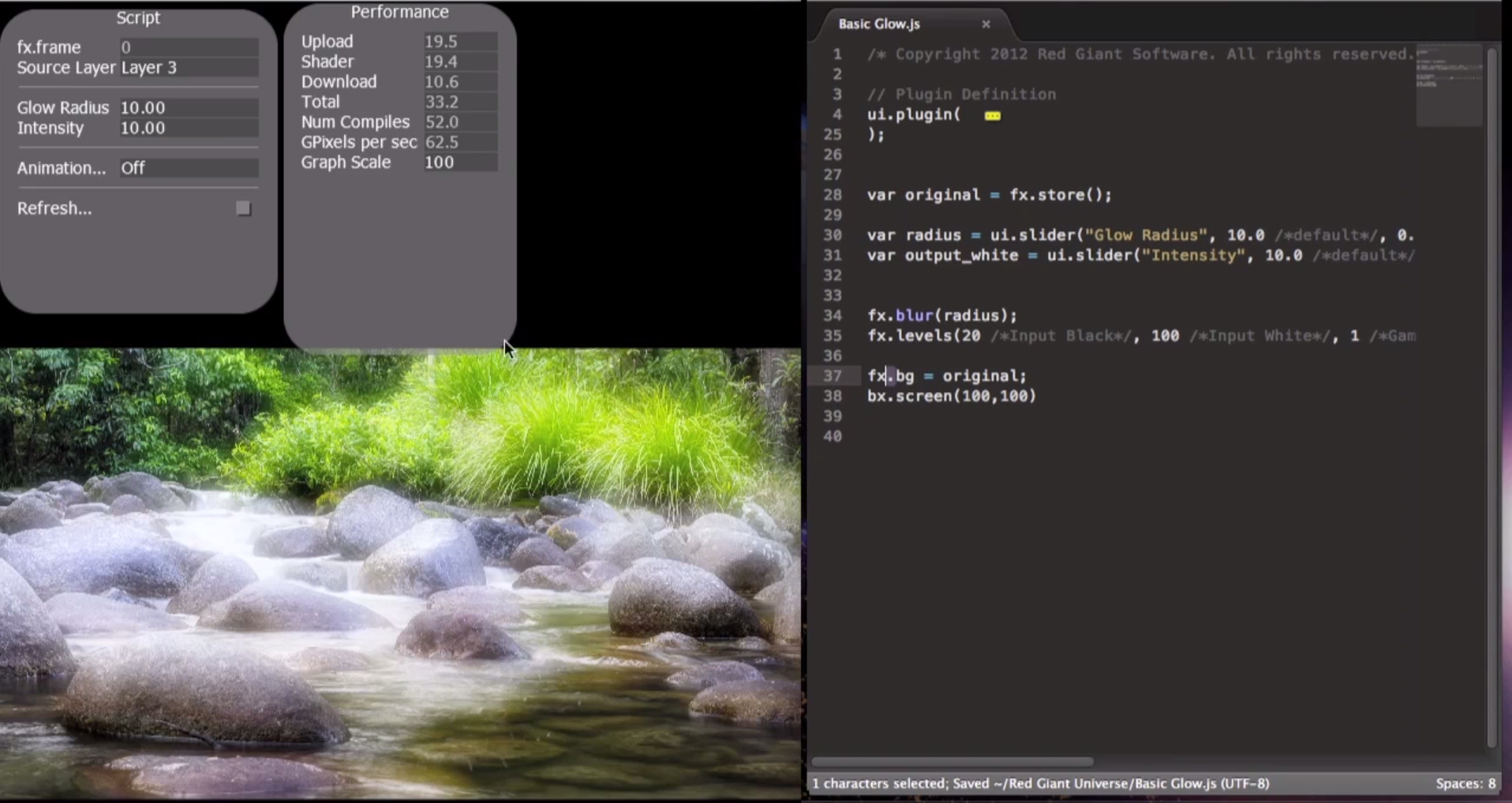 A Screenshot of Red Giant Supernova

So, how much does it cost?

What are the OS requirements?

You can sign up for Red Giant Universe at http://redgiant.com/universe. As of right now you can only sign up for the free version. Red Giant stated that premium memberships will be available in the next few weeks.

What are your initial reactions of Red Giant Universe?
Share in the comments!