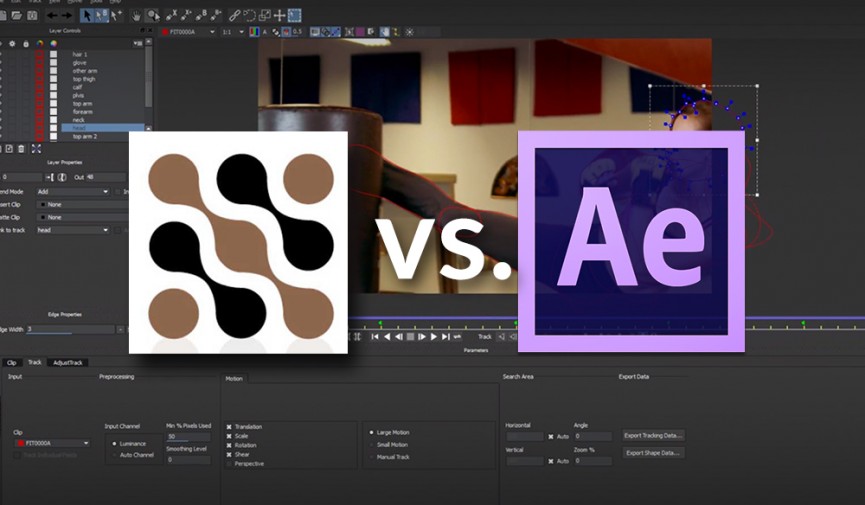 Tracking your video footage? The following video tutorial from Imagineer Systems demonstrates when to use Mocha and when to use After Effects.

Motion tracking can be an extremely frustrating part of the post production process, especially if your footage is less-than-ideal. However, over the last few years there have been some significant improvements to motion tracking features in the Adobe software, making the entire process much easier.

One of these new features is the Mask Tracker in After Effects. Simply put the mask tracker allows users to draw masks around their object to track only certain objects in your scene. This was a significant improvement over the original two point tracker in After Effects, but it still isn’t perfect. That’s where Mocha AE CC comes into play.

Mocha is a third-party program included in the Creative Cloud that can be used to get accurate and consistent tracking. Tracking data in Mocha can be easily integrated with After Effects and Premiere Pro making it a great tool to use alongside an Adobe workflow project. However, that’s not to say Mocha is perfect.

Because Mocha isn’t a native plugin or effect inside of After Effects it takes extra time to import your footage in to Mocha, track, then export that information back into After Effects or Premiere. If time were an unlimited resource this wouldn’t be a problem, but because you are likely on a time crunch you need to know when to use the native trackers built into After Effects and when to use Mocha.

In the following video we will take a look at this situation and hopefully shed some light on some circumstances where one might be superior to the other. The video covers:

The video was created by Imagineer Systems, the company that created Mocha. You can see more awesome tutorials regarding Mocha on their Vimeo page.

As you can see in the tutorial, Mocha is a far superior program for tracking footage. However, at the end of the day it just comes down to how difficult the object or footage is to track. If there is minimal or simple movement you may only need to use After Effects or Premiere, but if it is something more intense you may need to use Mocha.

Have any tips for using the tracking features in Adobe software or Mocha? Share in the comments below.