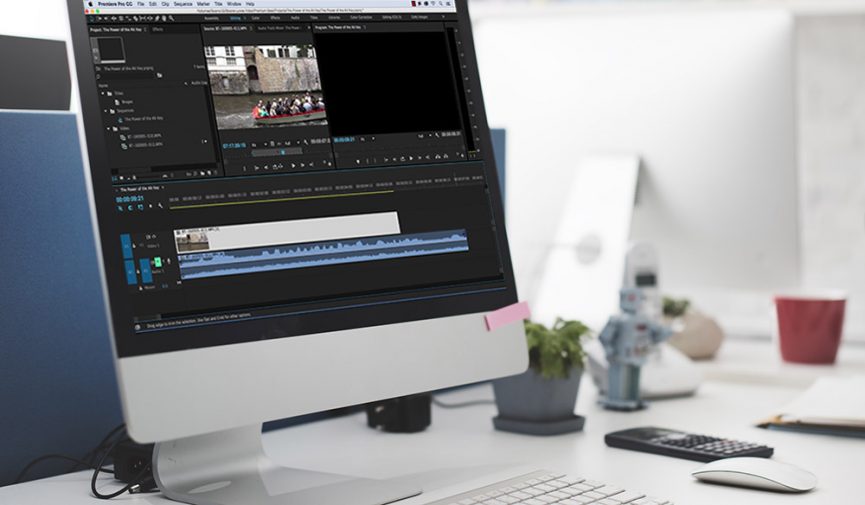 Harness the Power of the Alt Key in Premiere Pro

Learn how to harness the power of the Alt key to drastically speed up your Premiere Pro video editing workflow.

The keyboard shortcuts associated with the Alt key in Premiere Pro are surprising plentiful and powerful. This video tutorial looks at a few that can be implemented with ease in your daily video editing workflow.

Now, let’s take a closer look at a few of the Alt Key shortcuts covered in the tutorial above.

Video and audio are often linked together in the timeline. By default, when you bring a video clip into the timeline that contains audio, the two are linked. You can tell the two are linked by the brackets around the A and V symbols on the clip. If you want to edit the audio or video separately, you could unlink and then make your edits. A much faster way is to simply use the Alt key. When using the Alt key, you can make edits to either the audio or video separately, while still maintaining the link.

To duplicate an asset on your timeline, simply hold the Alt key and grab your clip with the Selection tool to move it. As soon as you drag the clip, it will duplicate. As mentioned before, you could isolate the audio or video portion of a clip by holding the Alt key to select, and then, once selected, hold Alt and move the clip to duplicate.

This is definitely a handy shortcut to learn, as it can save you quite a bit of time. Often while editing you need to move a clip to a different location on the timeline. You can do this by grabbing the clip and holding the Command key to perform an Insert Edit. The problem is you are left with a gap from the source location. However, holding the Alt key while performing the Insert Edit will perform a Rearrange Edit, closing the gap.

This is a pretty advanced function — be aware that you can throw a lot of things out of sync if you aren’t paying attention.

Just as the heading states, holding Alt while deleting a clip will perform a Ripple Delete, closing the gap on your timeline. It’s the little shortcuts like these that will end up saving you massive amounts of time in the long run.

As noted before, you can duplicate a clip by holding Alt and dragging a clip on the timeline. When you do this to a Title, it will duplicate in the timeline and also create a copy of the title in your Project Panel. This is the same as using the New Title Based on Current Title feature in the Title Designer.

Got any other Premiere Pro keyboard shortcuts to share? Let us know in the comments below!