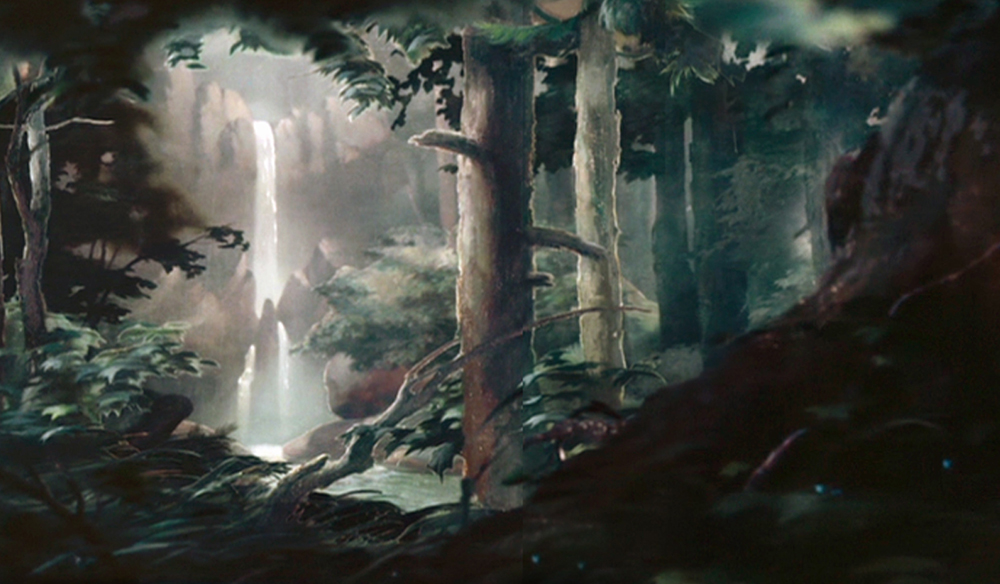 In this fascinating video, learn how the innovation of the Golden Age of Animation can influence contemporary filmmaking and motion graphics.

It’s no secret that Walt Disney Animation has been on the cutting edge of filmmaking innovation for over half a century now, and this video from 1957 proves it. Walt Disney himself guides the viewer through a tour of the multiplane camera, a device designed to add never-before-scene levels of realism to cartoons. This video is simply fascinating. Take a look.

The filmmaking techniques covered in this video have certainly stood the test of time — and there are a more than few takeaways for both motion graphic designers and filmmakers. Here are just a few of the motion graphic takeaways from Walt Disney’s multi-plane camera demo.

1. Parallaxing Is Better Than Zooming

When it comes to simulating depth, it’s much better to place 2D objects in 3D space and scale them up accordingly, so when the camera moves around it’s more natural. Walt Disney’s example is this: Picture yourself walking down a dirt road towards a barn at night. As you approached the barn, the moon wouldn’t get bigger, because it’s so far away from you.

The same effect can be applied when trying to decide between zooming and dollying through a scene. Take films, for example. Very rarely do filmmakers zoom in on a subject. Instead, filmmakers will physically move the entire camera. This better simulates what is seen in real life.

2. Foregrounds Are More Contrasted Than Backgrounds

When talking about depth, there is a big difference between motion graphics and real life: atmosphere. In real life, if you look at a distant object like a mountain or skyline, odds are it will not be very contrasty. This is because molecules in the air disperse light waves so that variations in light and dark can’t be seen as easily.

The result is an effect that makes distant objects look like they were shot on a cinematic digital camera. When compositing or working with motion graphics, it’s good practice to take depth into consideration. Sure, it’s not mandatory. But if you want to give your graphics just one more level of realness, easing up the contrast might be a good place to start.

3. Backgrounds Tend to Be Less Saturated

If you are trying to composite, one of the easiest ways to sell a composite is to add motion to your camera. This can be done with as little as a simple camera shake or complex 3D camera movements. Regardless of how you do it, motion will help cover up any seams in your composites.

Both of these images are the exact same. The only difference is the one on the right has depth of field turned on. Courtesy of RocketStock.

When working in a motion graphic program, one of the quickest ways to add realism is to apply a depth of field. Both your eyes and cameras see with depth of field, so it only stands to reason that if you want something to look real, simply add a depth of field.

There’s a lot more to learn when studying Walt Disney’s filmmaking techniques. If you’re interested in learning more, check out a few of the following resources:

What is your favorite Disney filmmaking technique? Share in the comments below.