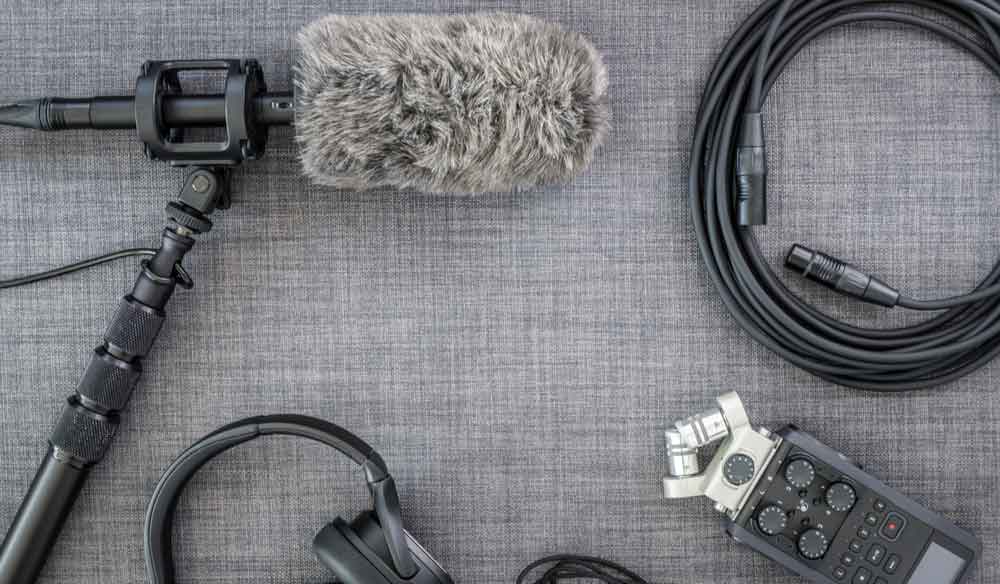 Take a look at the three tiers of audio recording for tackling all your shorts, features, corporate, and commercial video projects.

For many first starting off in film and video production, audio almost always seems to be the last concern. At this point, it’s just a fact of video-life. We spend so much time obsessing over cameras and cinematography that the art of audio recording simply never gets the love it deserves—often until it’s too late.

However, if you’re heading out on a video shoot, audio is absolutely a crucial concern. In many ways, it can make or break a project just as much as lighting or direction. And, while there might not be as many flashy YouTube tutorials about audio (although, there are a few), there are some impressive resources available to filmmakers.

Let’s take a look at the three tiers of audio recording to establish a hierarchy for how you should ideally tackle audio recording for all your shorts, features, corporate, and commercial video projects.

At the top end of the hierarchy of audio recording, it’s really all about flexibility, expertise, and dedication. This is because on big-budget film and video productions, audio recording is often handled by a professional sound mixer and a full audio team or department who can tailor their recording techniques based on the specifics of the scene or shoot.

However, if you’re looking to work as a solo audio recorder, or still mixing in some shreditor (shooter, producer, editor) roles for yourself, here are some basic high-end pieces of audio equipment you should check out.

We’ve written about the Zoom H8 when it came out, and we’ve also broken down the best lavalier microphones for video production in the past. But, the top tier for audio recording will always look different depending on the exact details of your shoot. More often than not, you’ll implement several methods for recording audio to give your sound designer a nice mix of audio sources to blend and shape the audio for the final mix.

Moving on to the middle tier. This is what I’d classify as the appropriate level for many small video production companies and agencies, or indie-level shorts or feature films. These teams should have at least one dedicated audio person who might have to wear many hats—sound mixer, designer, boom operator, etc.

For this tier, it’s really about picking the right tool for the job, as there might not be many backups to help you out in a pinch. At this tier, you should prioritize based on flexibility. If a boom microphone will work, go with that. However, if there are too many subjects to boom, or too chaotic of a shooting situation, lav mics will have to suffice.

Again, these are some basic, mid-level options you might find on a small film or video production set. Audio recorders like the Zoom H4n or Tascam DR-40X are solid investments, which should help out on a variety of shoots and partner well with some of these middle tier boom and lav microphones. Be sure to invest in a solid mix of cords, XLR cables, and always have plenty of battery backups to complete your middle-tier build out.

Finally, we’re moving on to the true run-and-gun tier, representing some of the most affordable options that should still work well in a pinch. I recommend using these audio recording options for those who might be working as a one-person-production or on-the-fly.

And, while these might not give you the best sound quality compared to the higher tiers, these will do better than relying on your in-camera audio recording capabilities (a true last option to consider). These devices will, however, be your best bet to quickly turn on, switch to auto, and still be relatively assured of getting useable audio.

I’ve personally used many of these devices for run-and-gun shreditor-style shoots in the past, and have actually been able to record audio that sounds just fine for web-streaming projects like YouTube or Facebook videos. We highlighted the Rode VideoMic Pro+ when it was released as one of the industry’s best, although you could also check out the Rode VideoMic Go, too (if you can tweak it to clean up the audio).

I’m a big fan of the Zoom H1 (which you can hack for better quality for only $15) for its auto recording capabilities, but it’s nowhere nearly as capable as its H4n or H8 counterparts in terms of recording ability or input/output options. Still, if you can use these tiers to help inform your audio recording decisions going into a shoot, regardless of budget, you should have options to record quality audio for any project.

For more audio/video gear, advice, and tutorials, check out these articles: