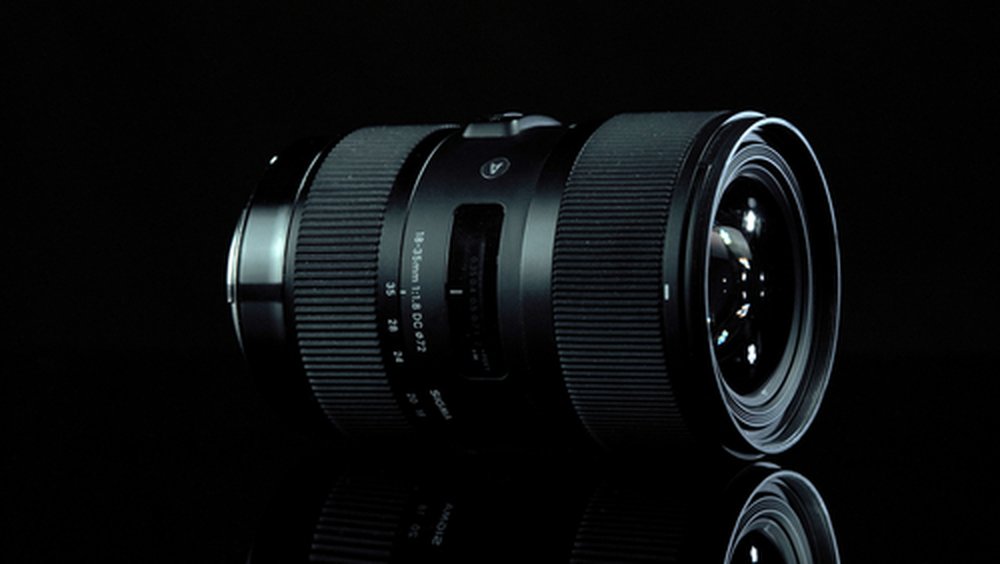 The Best Inexpensive Lenses for the Blackmagic Pocket 6K

With the recent price reduction to the Blackmagic Pocket 6K, there’s no better time than now to pick one up. Here are a few lens recommendations for BMPCC6K.

It’s been almost a year since Blackmagic released the Pocket Cinema Camera 6K. Looking back, the rollout was obviously a success, as the camera was met with positive reviews by critics and users alike (read our review here). Additionally, Blackmagic was able to avoid the hiccups and delays that accompanied the launch of its Pocket 4K.

When stacked against its 4K predecessor, one of the BMPCC6K’s advantages and primary selling points is that it comes with an EF mount, which is possibly the most-used mount on the planet.

The ubiquity of the EF mount offers BMPCC6K owners an abundance of EF lens options. Of course, that ubiquity also makes it challenging to give you a truly comprehensive list of lens recommendations since it would be next to impossible to test that much glass.

Therefore, the recommendations below are based on what I’ve worked with or what I still own. And, in line with the economical nature of the Pocket 6K, all lenses will be under $1,000.

Before we proceed, let’s first quickly run over a critical factor of the BMPCC6K. Unlike many mid-to-pro range DSLRs and mirrorless cameras, the BMPCC6K has no in-camera stabilization (IBIS), which is a must for action-oriented videographers.

Of course, most professional cinema cameras don’t have in-body image stabilization. But, the difference between a classic ARRI ALEXA and the pocket models is the form factor. Even with a bare-bones setup, an ALEXA is going to weigh considerably more than a Pocket 6K — and more weight means more resistance to camera shake.

With smaller cameras, handheld movement (as in literally holding the camera by hand) becomes very noticeable. As a Pocket 4K owner, and as someone who rarely employs handheld shots, this isn’t an issue for me. But, if you were planning to use the camera actively, you’ll want to obtain a lens that has optical image stabilization (OIS). 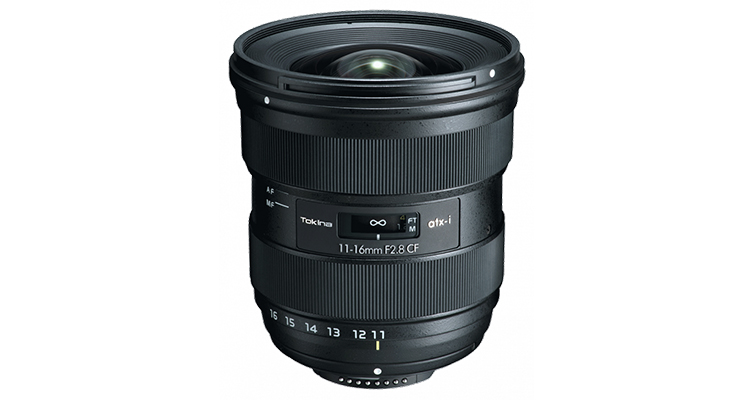 This lens has a short minimum focus distance due to its ultra-wide field of view. Image via Tokina.

The Pocket 6K has no continuous autofocus. It is, after all, a cinema camera. If your lens has an electronic focus, you can tap the screen to have the camera focus on a particular point of the composition, but that feature behaves sporadically at best. In short, you’re going to be manually focus pulling. This creates a conundrum for gimbal-using videographers, as even a slight touch of the camera or lens can throw the gimbal out of balance.

Since continuous autofocus isn’t an option with the Pocket 6K, gimbal devotees might want to take a look at the Tokina 11-16mm f/2.8.

It’s currently the only f/2.8 fast ultra-wide-angle zoom lens on the market. Although the lens came out in 2010, its continued popularity has prompted numerous revitalizations from Tokina, and the third iteration of the glass was released just last year.

Due to its ultra-wide field of view, the lens has a truly short minimum focus distance. Therefore, in theory, gimbal-users can set the lens to 11mm, focus to infinity, and (even at f/2.8) move freely without worrying about elements falling in and out of focus. As the aperture is controlled through the camera, you don’t run the risk of accidentally upsetting the gimbal balance.

With a lack of autofocus, there’s no better time to start experimenting with manual focus and manual aperture vintage lenses. Contax Zeiss lenses have become a favorite with Pocket users, as well as camera owners looking to mod old vintage photo lenses into cine lenses.

Contax Zeiss glass was engineered for 35mm full-frame. That means, even though the lenses were released throughout the 1970s, they’ll still cover the BMPCC6K’s Super 35mm sensor.

While the Contax Zeiss 28mm 2.8 is sharp, it also retains the kind of vintage softness often associated with classic movies. The lens is entirely manual, both focus and aperture, and it has a long focus throw akin to cinema lenses (meaning it takes a more significant rotation of the focus ring), which is pivotal for perfect focus pulling.

If these lenses have a downside for Pocket 6K owners, it’s the fact that they have a Zeiss C/Y mount that will need to be adapted. Fortunately, it’s not that difficult of a process, and Cinema5D’s Tito Ferradans has already written a guide on how to do it. 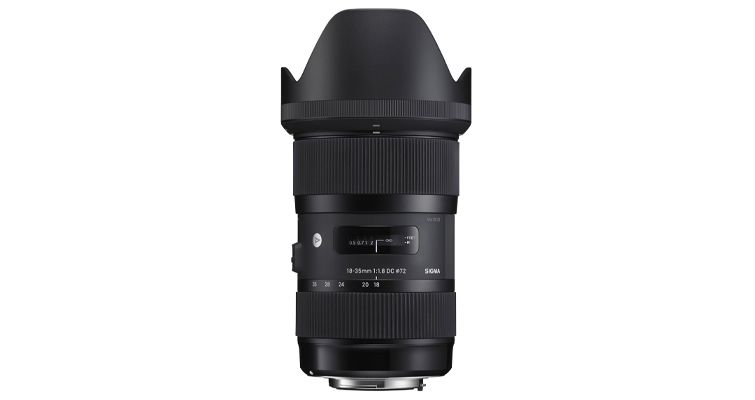 This robust lens is perfect for low-light situations and cinematic dialogue shots. Image via Sigma.

It’s hard to visit a Pocket 4K/6K forum board without someone recommending the Sigma Art 18-35mm 1.8 — and for good reason. Over the past decade, Sigma has evolved from a company that makes relatively cheaper models offered by the primary brand, to a manufacturer that produces lenses better than the camera manufacturer (see Sony 24-70mm f/2.8 vs. Sigma 24-70mm f/2.8).

The Art series is representative of the quality the brand boasts. And while the lens falls under the $1000 threshold, Sigma certainly didn’t skimp on the build. This thing is robust and feels like it can stand the test of time.

When you add this lens to your toolkit, I’d argue that you’re essentially getting three primes built into a zoom. At 18-35mm, you’re covering a focal range that’ll give you sweeping landscapes and cinematic dialogue shots. And, with an F-stop of 1.8 throughout, it’s perfect for keeping noise to a minimum in low-light situations.

This is the lens I used for the Blackmagic 6K review video I posted earlier in this article. While that was a loaner unit from Blackmagic, I’ve previously used this lens as my go-to glass for my URSA Mini 4.6K. 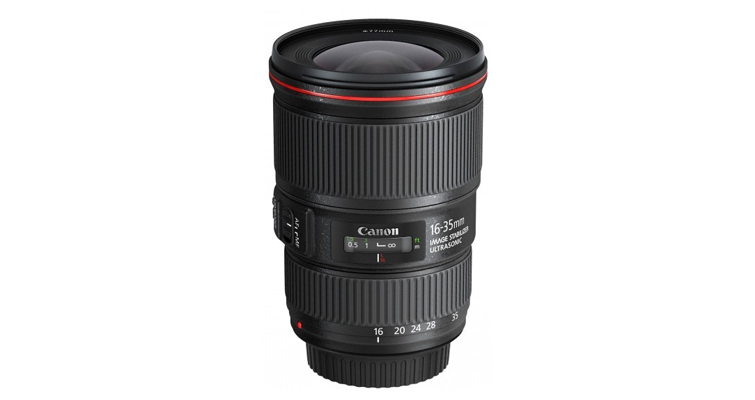 As a sub-recommendation to the 18-35mm by Sigma, if you desperately need a lens with stabilization that still covers the same focal range, you can look at the Canon 18-35mm.

However, while the lens has stabilization, it comes in at f/4, so you do squander over two stops. Ultimately, at this price range, there will always be a trade-off between lens components to keep the cost low. 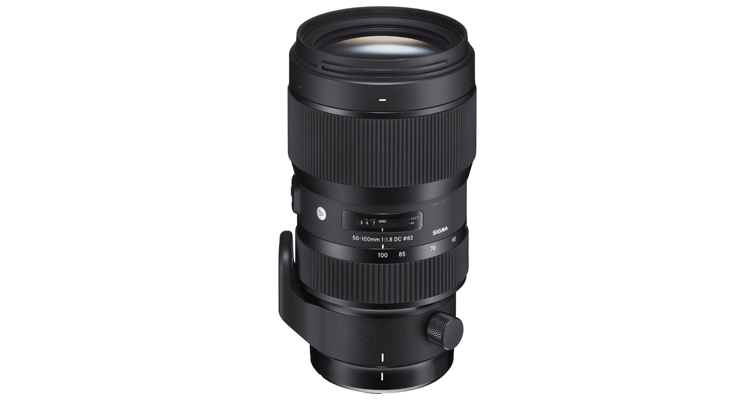 This lens captures a sharp image and has a strong build. Image via Sigma.

Okay, so this lens is slightly above $1,000, but it gets a pass. This is another entry into Sigma’s Art series. And, like the 18-35mm, it boasts the same build quality and a similar level of sharpness, although one could say it’s slightly softer.

Capping off at just 100mm, it’s on the low end of telephoto focal lengths, but we have to acknowledge that the lens also has an f/1.8 aperture throughout the entire focal range.

Sigma has a knack for producing great lenses at fast speeds. At 100mm, the constant f/1.8 aperture makes for an attractive choice when you seek a compressed background with a beautiful shallow depth of field. Honestly, you won’t get a zoom lens that has a wider aperture at this focal range.

There’s no denying that Canon has a decent line of budget-friendly lenses. The EF 50mm 1.8 (nifty fifty) is priced around $125, and it’s often the entry lens of choice for those just starting their photography journey. However, due to things like small focus rings and shifting apertures, filmmakers will likely find this budget glass lacking in practicality.

While a couple of the lenses discussed in this list are priced toward the high end of “under $1000,” it’s important to remember that, even when working with a lower budget, investing a little more in decent lenses will help you get more from your camera.

Check out the articles below for even more info related to lenses, cameras, and other video gear.