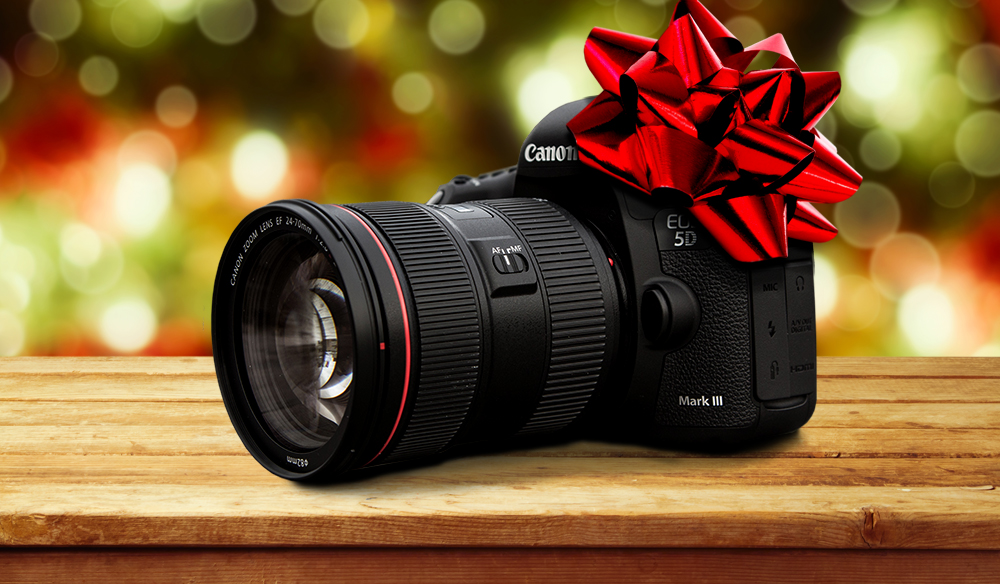 ‘Tis the season for turkey, stuffing, and awesome Black Friday and Cyber Monday deals. Let’s take a look at what’s out there for filmmakers and videographers.

The Black Friday and Cyber Monday chaos is already underway, and good seasonal bargains make it a great time to add to your arsenal of video gear! The killer deals begin November 25th across various brick and mortar and online store fronts. We’ll be highlighting some of our favorite deals, but you can get the full rundown from retailers like B&H Photo, Adorama, Sweetwater, Amazon, eBay, Best Buy, BuyDig, Borrow Lenses, and more. Now, let’s go shopping!

As far as cameras go, you won’t find any killer deals on RED, ARRI, or even Blackmagic Design models. But if you’re in the market for solid DSLR options, there are several deals out there. We found three decent deals that could be worth the money in the Canon 5D Mark III, Nikon D810, and Panasonic GH4.

The Canon 5D Mark III is a workhorse. Used by many documentary and big-budget cinematographers, the 5D Mark III is a great professional camera. The deals below are through standard retailers, as well as from Canon Direct, which offers a refurbished model.

The Nikon D810 is a solid CMOS sensor DSLR and pretty comparable to the Canon 5D Mark III, though its price tag (even at a discount) is going to be a little more than the 5D MKIII. However, it’s a quality camera for someone just starting to get content together.

Lastly, there’s the Panasonic GH4, one of the more cost-effective 4K DSLR camera options. In fact, this camera is used by many timelapse photographers. So this would also be a solid starter option for anyone looking to get into the game.

Now that we’ve found some quality body options, let’s find some solid glass for those cameras. Again, we’ll be looking for quality lenses that wont break the bank. In terms of lens mounts, we’ll try to give options for the cameras listed above.

For many filmmakers and videographers, this lens series consistently performs well against Canon and Zeiss primes.

B&H is running a long list of specials over Black Friday and Cyber Monday. The discounts on lenses compatible with the Panasonic GH4 are especially impressive, with many of the lenses marked down $100-$200.

B&H Photo is also offering a wide range of 50mm lens options as well. The Zeiss 50mm Prime lens isn’t a bank-breaker. With at least a $100 discount and options for Canon and Nikon, this is a pretty good deal.

Red Giant is also offering a special, but it’s not for Black Friday or Cyber Monday. Even so, we thought it would be good to include this upcoming offer. Starting December 8th, Red Giant will be offering all individual software and bundles for 40% off.

The newest Macbook Pros are solid options for any film or video producer. They’re also great for those working with motion graphics. Black Friday and Cyber Monday deals for this line of laptops are pretty wide… Best Buy has a some nice discounts, but B&H Photo has some of the better deals.

If PCs are more your thing, then you’ll want to look at the line of Alienware Laptops. Again, deals can be found for these all over the net, but just like with the Macbooks, B&H Photo seems to have the best deals available.

There’s more out there than just cameras, lenses, software, and hardware. If location shooting is in your future, these gear deals should be right up your alley.

Seen any killer deals that we missed? Share them with the community in the comments below!