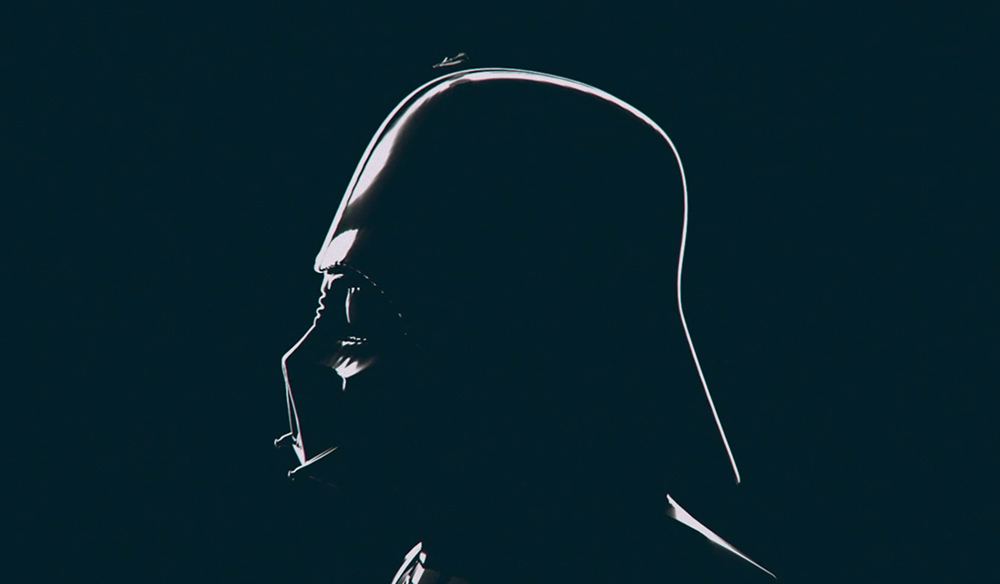 The artist behind the Star Wars/James Bond crossover credit sequence talks about how he created his homage to The Empire Strikes Back.

When artists combine design elements amazing things can happen. If you follow motion design news, then you’ve likely come across the wicked-cool Bond-inspired The Empire Strikes Back title sequence created by Kurt Rauffer. The sequence reimagines a new type of Star Wars credit sequence in which Luke is searching for himself in a dark and artistically inspired void. If you haven’t seen the video yet, here it is.

While this work may seem like it was created by a Hollywood design company, it was actually created by a lone designer for his final college project. We sat down with Rauffer to discuss the process of creating this wildly inventive video.

How long did it take you to complete this project?

It took me about four months to complete the project.

How did you approach this project?

During my last semester, our class was asked to think about our final projects before we graduate. I really wanted to do something different and just started dabbling with 3D. I’ve used 3D software for product design before, but never really made an animation. I also had a slight obsession for title sequences at the time and have always wanted to make something James Bond-esque. Then, the new Star Wars movie released and the idea just sparked.

What was your inspiration for this project?

I’m a huge fan of title sequences, so a big source of inspiration was the previous Bond films. I love how experimental the title sequences were and how some of them, such as Skyfall’s sequence (seen below), began to tell its own narrative, like a mini short story right before the film.

What software/tools did you use to create this project?

I used Cinema 4D with Octane to model and build the scenes. World Machine for building the environments. Vue was used a bit for rendering out HDRIs and sky maps. Everything was eventually comped in After Effects.

How did you go about making your footage look vintage?

At the time, I didn’t know how to produce fog or some type of atmosphere using Octane, so as a workaround I had to fill a cube with an SSS material. When I put the box in front of the camera and tweaked the settings, I got this really interesting grainy look that also seemed to mute the colors a bit. It also seemed to degrade the scene in a tasteful way. It wasn’t intentional, but I loved the results.

Did you build all of the models yourself?

Everything was built myself except for the Snowspeeder and Luke’s texture. The lovely gaming community over at Facepunch was able to supply that. I also got a lot of help from various people online throughout the project.

There seems to be a lot of greeble work in your project, did you do that by hand?

Kind of. I built around eight unique tiles that I referenced from the original Death Star tiles. I shaped out the scene with the tiles but it wasn’t giving me that extra level of detail I wanted. So I built a pattern in Illustrator and used it as a displacement texture on top of the individual tiles.

Where do you go for creative inspiration?

I’d be lying if I didn’t say Beeple wasn’t a big inspiration during the process. Although, I tried to stay away from looking at other’s work and focus on referencing how films lit and composed their scenes. I wanted my sequence to feel cinematic, so I thought the best reference and inspiration would come from movies. Jeremy Vickery, a lighting TD at Pixar, released a really awesome video on cinematic lighting at the Gnomon Workshop. It’s definitely worth a watch and forever changed how I light my scenes.

What is the most important piece of advice you can give to aspiring motion designers?

Get uncomfortable. That was the most important thing I learned from doing this project. Go against the grain and start playing with the unexpected. Some of the most unique things I’ve seen were created by motion designers doing things that they didn’t quite know how to do but really worked hard to exploring it and putting their own twist on it.

I took a job at Microsoft as a motion designer for the design direction team and will be heading out sometime in August. I’m also working with a few friends on some personal projects that I hope to release soon. I’ve never felt this inspired in a long time!

Where can people see more of your work?

It’s been a bit busy, but I’ll be looking to update my website with a bunch of work within the next week. And you can visit my Vimeo. I’m also trying to start a blog that I hope to start updating soon.