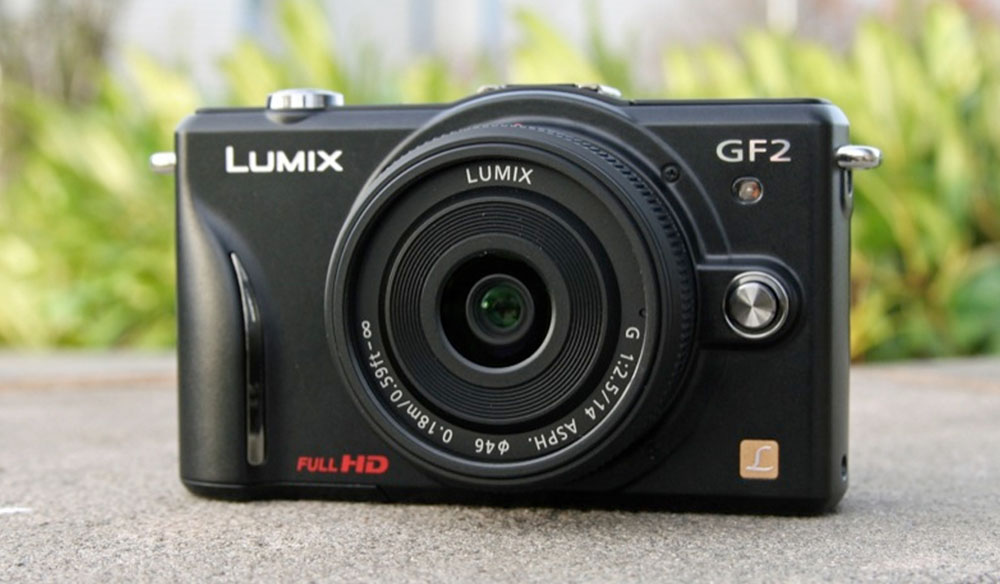 How inexpensively can you put together a digital cinema camera package? Here’s what to spend your money on in the post-peak-camera era.

Film will only become an art when its materials are as inexpensive as pencil and paper.

Words from a mid 20th century filmmaker, often repeated when talking about the “democratization” of filmmaking. A lot of us have assumed he meant the cost of gear, so I did a reality check to see if we are there yet, or more practically: how inexpensively can I put together a digital cinema camera package?

I spent less than $100 on a camera body and memory card, and grand total of 178 dollars to build a rig with a camera body, recording media, interchangeable lenses, rails and follow focus. Here’s how you can do it, too.

USED IS “NEW” TO YOU

In the last couple of years, the camera body has become the most volatile expense when building rig for filmmaking. It started with the Blackmagic Pocket Cinema Camera (BMPCC): a micro 4/3rds sized sensor that captured images in high bitrate and raw video codecs that cost less that a thousand dollars. The trend has continued with DSLRs and other M4/3 systems gaining higher bit rate codecs, slog and UHD (aka 4K). The decision to shoot on these small camera bodies no longer means a compromise in recording quality. This removes a significant barrier between professional and prosumer gear.

While DSLRs and other camera/video hybrid M4/3 systems are priced above the one thousand dollar mark, Blackmagic continues to lower the price bar, debuting its micro cinema camera at NAB this year. The BMMCC shots raw 1080P video, boasting 13 stops of latitude on a 16mm sized sensor. The camera is tiny — it’s really just a sensor with a box around it. No screen, no frills, just a high-end sensor that you can attach all kinds of things to. This is a camera designed for a drone or to be shoved into small places. 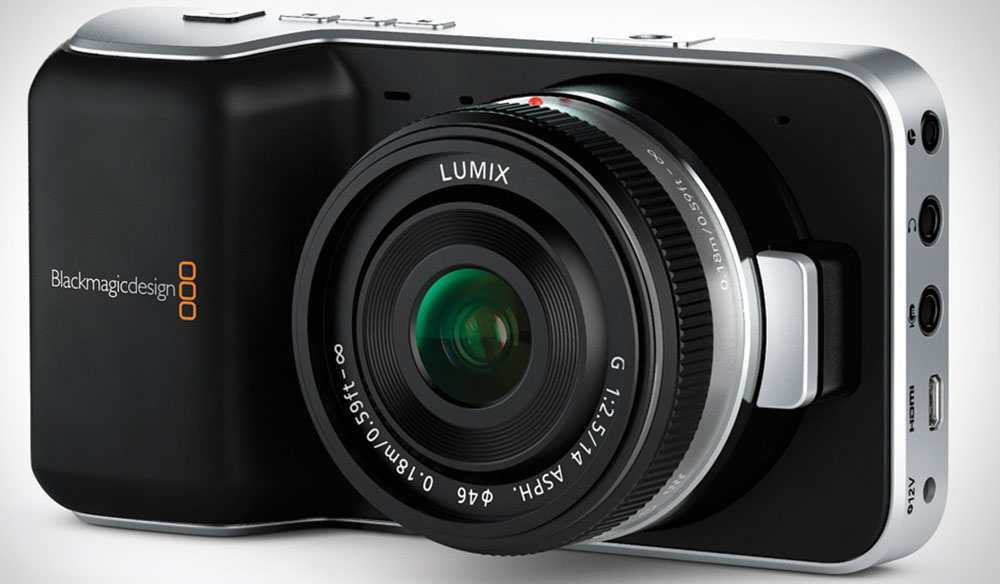 This is a good thing, because in a year, there will be larger sensors recording more stops of latitude, higher frame rates, and costing less. It makes so much sense to just swap a sensor unit out to prevent the rest of your gear from becoming obsolete.

This could be the subject of a very interesting article, that’s not what I am writing. I am writing about what to do when someone throws out their old amazing camera to pursue the shiny and new. This is about the camera for the “rest of us”.

1080P capable camera bodies are already flooding the used markets of Ebay, Craigslist, and Amazon. We have reached some kind of critical mass in abundant cheap digital camera gear. There are enough spare parts laying around now to quickly and cheaply cobble together a digital motion picture camera. Will this camera set the bar for performance and image quality? No. That’s not the point. This project is not about high-end performance, it’s about an “all access” affordable motion picture camera that borders on semi-disposable. I give you the “$100 Digital Cinema Camera.” 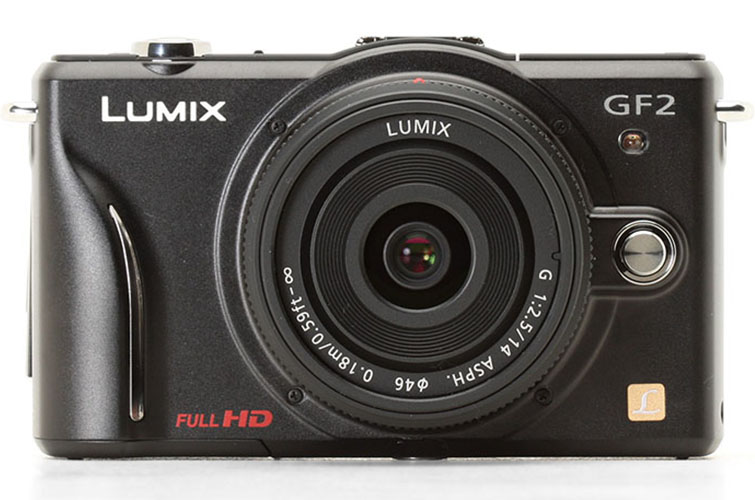 First, some ground rules: by cinematic image, I mean a large enough sensor that a visible change in depth of field could be achieved natively (aka shallow focus.) Second, the sensor had to be sensitive enough so that at least 7-8 stops of latitude would be possible. Finally, I wanted the recording format to be as lossless as possible. 24 progressive frames per second was the target frame rate. Ideally I would get this natively, but, if I had to post process to get this, that would work too. And I wanted to spend a hundred dollars or less on the camera body and media.

A hundred dollars is arbitrary, I know. It’s kind of an economic and psychological pain threshold. It’s the cost of a week’s groceries, or two and a half tanks of gas, a pair of nice sneakers, etc. It’s an amount that fades into the day to day background of a large percentage of people’s economic lives. While not the cost of a pen and paper, it approaches a level of affordability that has the potential to make it just as ubiquitous. Most importantly, it puts the camera and potential for cinema in the hands of some of the most creative and least economically affluent people I know — young people.

I settled on a hacked Panasonic Lumix GF2 shooting 1080/60i at 50m/bits that I picked up used on Amazon for 78 dollars. Using Magic Bullet Frames I was able to swizzle the fields and convert the 60i to 24P just like in the olden days of 2002.

THE PSYCHOLOGY OF CHEAP 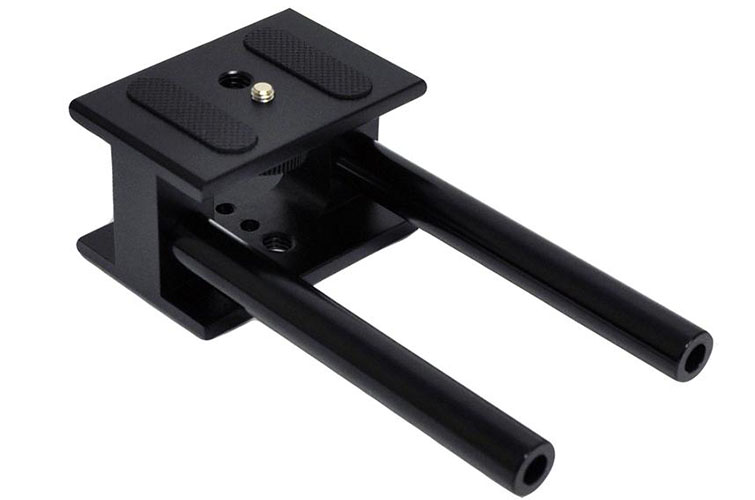 When you spend $78 on a camera it gets hard to justify buying expensive support gear like a Zacuto rig. So instead I spent $60 on the cheapest used kit I could find on Amazon and got rails and a follow focus.

There is a vibrant community of Lumix camera hackers that have juiced the video codec from a meager 17mbit AVCHD up to a card-crushing 110mbit monster. Also there’s a 100mbit MJPEG 4:2:2 codec if you have a fast enough SDHC card. I honestly can’t tell the difference between the rock-solid-50mbit AVCHD codec and the crashes-often-100mbit MJPEG. They both capture a tremendous amount of detail. 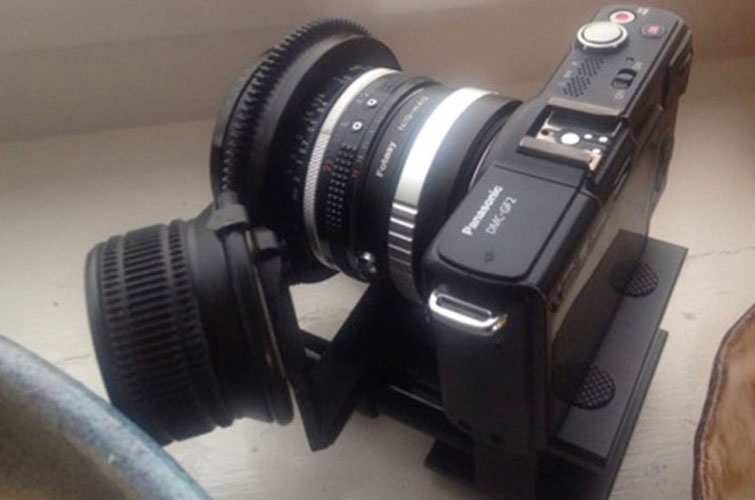 It works! Of course, there are funny things that you have to deal with since it’s a hacked codec (like the camera locking up from time to time.) But I have strapped this system to the top of my car and gone speeding down the streets of San Francisco with it, not really worrying if it flies off, because it was so inexpensive. The cost of the unit makes me feel way less precious about it, like pencil and paper.

Am I making great cinema now that I have a close to zero-cost cinematic camera?

Not really. While M3/4 systems and DSLRs are perfectly capable of capturing stunning cinematic moments, cameras don’t create cinema, they capture it. Cinema is what goes on in front of the lens with light, shadow, color, performance and story. Cinema is experience and craft, not a the result of a camera package alone.

My advice is spend as little as you have to on a camera that works. Spend your budget on wardrobe, location, and lighting. By all means save your money, just don’t spend it on a camera package because now you don’t have to. Instead, take time off work and write a great story. Beautiful image making is unbelievably cheap to do now, almost the cost of pen and paper, while telling a compelling and cinematic story is just as hard, and costly, as it’s ever been.

The upshot is that in a year or two you’ll be able to pick up a used 4K, HFR capable camera body with 17 stops of latitude for next-to-nothing. So, you know, start planning the shot list now!

Here’s some more camera-related (and budget-minded) content from PremiumBeat:

Ready to rush out and build your $100 cinema camera? Share your plan in the comments below!