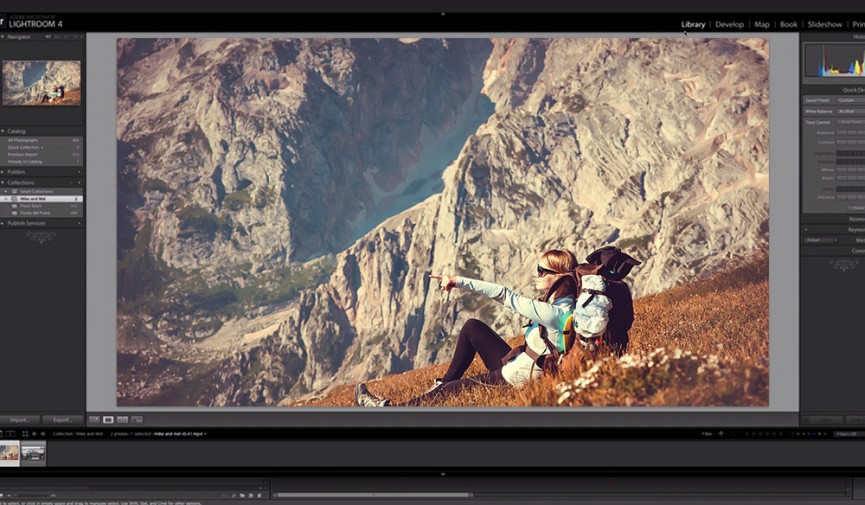 You Can Do That? Color Grading Video in Photoshop and Lightroom

Whether you’re a photographer that enjoys shooting video or just looking for a new color grading solution, you might be surprised to find out that you can color grade and correct your footage directly in Photoshop and Lightroom. Sure these programs have their video limitations, but there are actually some advantages to editing in these photo based applications.

Why grade in Photoshop or Lightroom?

The most obvious reason why someone would want to grade in Lightroom or Photoshop is to utlize your favorite stylized photo presets. This means those hipster VSCO presets that you love can now be applied to any video you want, without having to recreate the look in a more traditional color grading software.

Video files can also be saved as PSDs out of Photoshop. When that file gets imported in another Adobe program, like After Effects, you will likely find improved render speeds above that if you tried to grade in AE. Other notable features like auto coloring or highly customizable black and white conversions tools make both Lightroom and Photoshop a useful alternative to traditional color grading software.

In order to shed some light on this topic we’ve rounded up a few video tutorials that demonstrate how to integrate video into both of these programs.

How to Color Grade in Photoshop

In this quick tutorial from FStoppers, Jaron Schneder shows us how to use adjustment layers in photoshop to give footage a color grade. The tutorial also covers how to export footage from Photoshop.

Integrating Photoshop with After Effects

In this video tutorial from Creative Cow, video editing expert Richard Harrington shows us what a Photoshop/After Effects workflow might look like. The tutorial demonstrates how to get an isolated color look using only the built-in effects and adjustment layers in Photoshop.

When you import video footage into Photoshop you can easily open up the Camera RAW editor to reveal a whole new set of color grading menus. From the RAW Editor you can have access to tools that might not be in your NLE of choice, like chromatic aberration reduction, defringing, and saving camera profiles. Video tutorial by filmmaker Giulio Calisse:

In this tutorial from Learning DSLR Video, Dave Dugdale shows us how to color grade footage in Adobe Lightroom. While the functionality may be more limited in Lightroom, you can still save presets and do basic color grades.

VSCO Presets for Video in Lightroom

One of the most enticing reasons to use Lightroom to edit photos is the fact that it integrates so well with presets like VSCO. So if you’ve ever wanted to use your favorite Lightroom presets in video you can do so using the techniques outlined in the following tutorial. Video tutorial by Shaun Boyte:

While popular video editing applications like Premiere Pro can natively edit RAW footage, not all NLE’s can offer you that luxury. So in some circumstances you will need to color correct and encode your RAW footage, then export it into an editable video file. The following video tutorial shows us how this can be done using Photoshop’s Camera RAW Editor. Video tutorial by Cinema5D:

If you want to learn more about Color Grading in Premiere Pro or Lightroom check out a few of the following resources:

Have you ever tried to color grade in Photoshop or Lightroom? Share your experience in the comments below.