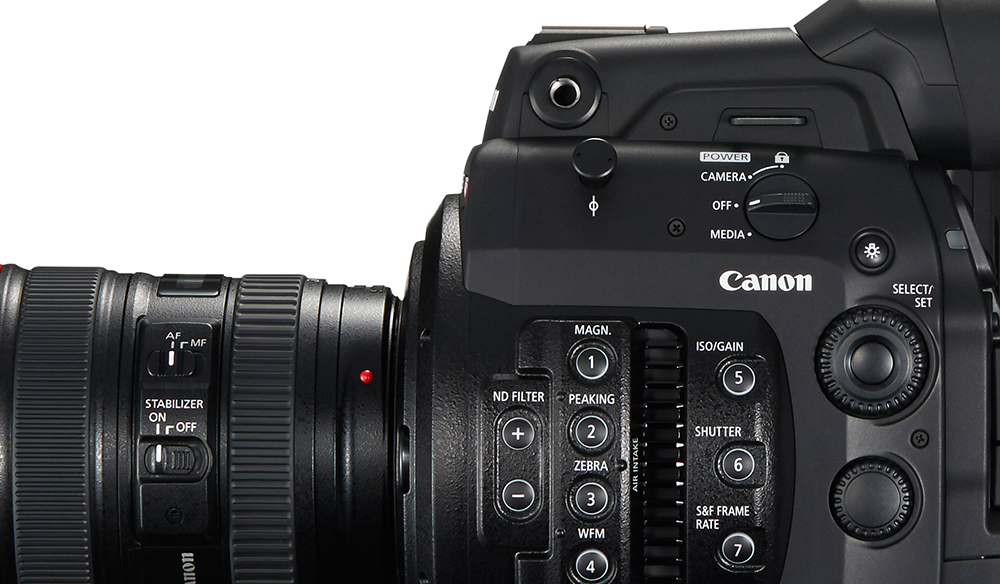 Canon’s latest camera brings some much appreciated improvements to the C300.

With NAB 2015 just around the corner, it’s safe to say that there will be dozens of noteworthy announcements and releases from all the major camera companies. It’s been rumored that Canon would be releasing a new C300 for some time and now the wait is over.

The Canon C300 Mark II has many added improvements over its predecessor, most notably the ability to record 4K footage internally and 4K RAW footage externally. This will hopefully make the C300 Mark II more competitive in the modern production world.

Another jaw-dropping feature added to the C300 is the ability to record footage with up to 15 stops of dynamic range. Yes. You read that right.

At 15 stops, the C300 Mark II would have a dynamic range greater than that of a human eye. This has huge implications for those looking to get the most control over their color in post.

The camera is available in both Canon EF and PL lens mounts. In line with the Blackmagic URSA, the Canon C300 Mark II’s lens mounts were designed to be interchangeable. However, to change the mounts you must send your camera in to Canon.

The only area that the C300 Mark II doesn’t shine greatly is FPS. As of the time of this writing, the camera can only record up to 120fps at a cropped 2K and only 30fps at 4K. This makes it slower than the Blackmagic URSA and much slower than the Sony FS7.

Who knows… maybe Canon will increase the specs in a later firmware update in the future.

The following video, released by Canon, gives us a quick tour of the new C300 Mark II.

There is currently no test footage shot using the C300 Mark II, but if the footage is anything like the specs? It’s going to be amazing.

The C300 Mark II in both the EF mount and PL mount is only available for pre-order at the moment for $16,000. The camera is expected to be released in September 2015.

Want to learn more about the new Canon C300 Mark II? Check out a few of the following resources: