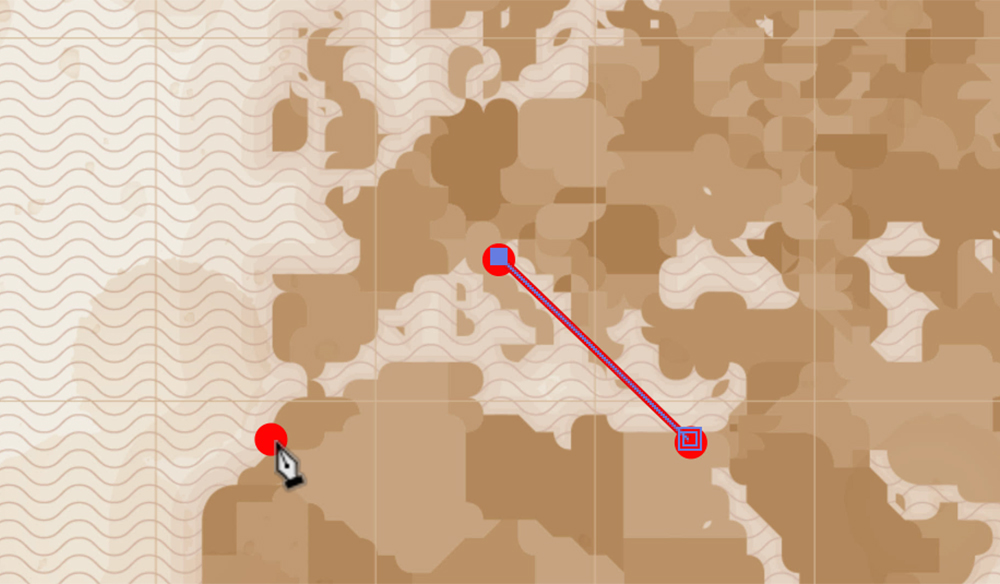 Create a Map Path Inspired by Indiana Jones in After Effects

Learn how to bring a map to life in After Effects with these animation tips and tricks.

Set up the Composition

For the first step, I need to set up my composition in After Effects. Since I’ll be zooming in and moving around on it, I made sure to get a map graphic that has a high enough resolution. This particular image has a resolution of 4253 x 2638, more than enough for the animation I want to create. To easily control the animation, I’ll create a null object to which I will parent the map layer. Now, any transform properties I change on the null will affect the map. I will also use this to simply move my map around.

Create and Design the Path

The best way to create a path is to use the Pen tool. Make sure you don’t have another layer selected when you are using the pen tool or you’ll create a mask instead of a shape layer. To create a path instead of a shape, I’ve turned the Fill off and adjusted my stroke to 15 pixels wide. I can significantly change the look of my path by adjusting the stroke options. Next, I’ll add a keyframe at each location marker in the order that I want my animated path to follow. I’ve parented the path layer to the map so everything stays connected throughout the animation. Now it’s time to animate my path.

Next, I’ll add a Trim Path effect to my path layer. I’ll bring the path to life by adding keyframes to the End property from 0% to 100%. I can control the speed by simply moving these keyframes. To make my animated path last ten seconds, I will place the second End keyframe at the ten-second mark. Finally, to smooth the animation, I’ve added Easy Ease to both keyframes.