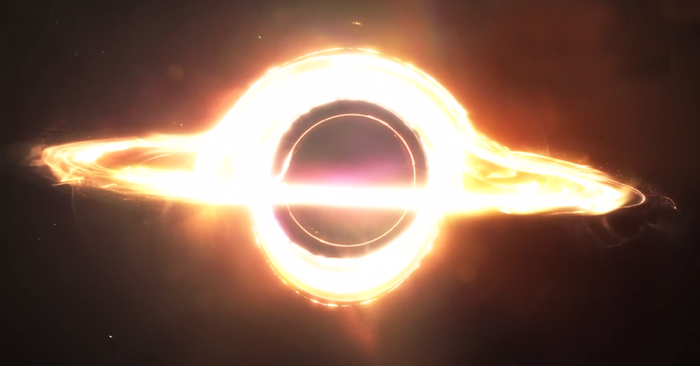 How to Create an ‘Interstellar’ Black Hole

Learn how to create an Interstellar-like black hole in this awesome demonstration video by Shank FX.

On the eve of what could be the most visual stunning Christopher Nolan release in history, it’s hard not to get excited about the VFX in ‘Interstellar‘. While the entire film is one awesome VFX shot after another, it’s impossible not to get captivated by the black hole scene from the movie.

Interstellar is the first film to realistically portray black holes in a Hollywood film. To accomplish this great feat the VFX artists used equations created by physicist/executive producer Kip Thorne to create what can only be described as the most complicated expression we’ve ever seen. The result is absolutely stunning.

While it may seem impossible to create, it is actually very much possible if you use a bit ingenuity and the following video demonstration created by Shanks FX. In the video Joey Shanks shows us how he created a really good copy of Christopher Nolan’s black hole using some household objects and After Effects. With a trip to the hardware store you can get similar results in your home too.

The effect is created by compositing multiple elements that were created using a variety of techniques. Thankfully, Shank FX has created a few video tutorials showing how to create each element.

In this first tutorial we can see how to get the outer ring look by simply igniting steel wool and spinning it around a chain. In doing so you will give the steel wool more oxygen to burn which results in a flurry of sparky goodness.

The next effect that you can create is the color rings inside the outer rings. This effect is pulled off by putting battery powered LED’s on a fan and setting a long exposure. This results in a really accurate light trail that can be easily colored and composited on other elements in your scene.

Creating the etherial space dust will require a little more preparation. In short, placing salt water mixed with regular water in a fish tank you can create a good environment to use ink and paint to shoot fake space dust scenes

As these video proves, when done well, practical effects can definitely hold up to computer graphics.

“However sophisticated your CGI is, if it’s been created from no physical elements and you haven’t shot anything with the camera, it’s going to stick out. – Christopher Nolan

If you haven’t seen the behind-the-scenes video of Interstellar created by Warner Brothers we highly recommend checking it out. In the video Kip Thorne explains how he worked with the VFX team to create a hyper-realistic black hole for the film.

Have any other tips for creating this effect? Share in the comments below.