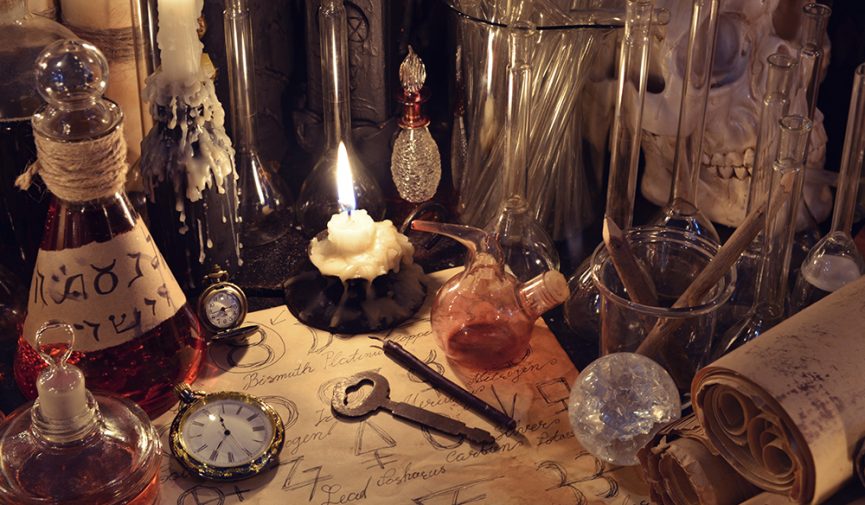 If your next project is set in the realm of fantasy, use these DIY prop tips to add authentic (and affordable) atmosphere to your set.

Top image via Shutterstock. Additional images via UglyMcGregor unless noted.

It’s been a long while since Game of Thrones was simply a television series. It’s now part of the mainstream pop-culture vernacular — for example, I personally know four dogs and one cat named Khaleesi, no joke.

Although the fantasy genre was around long before the HBO drama, it has perhaps never been as popular. If you’re looking to create your own fantasy film or video project, utilize these tried-and-true methods for creating fantasy props. None of these tips and tricks will cost you more than $30.

Get Grungy With Dirty Down 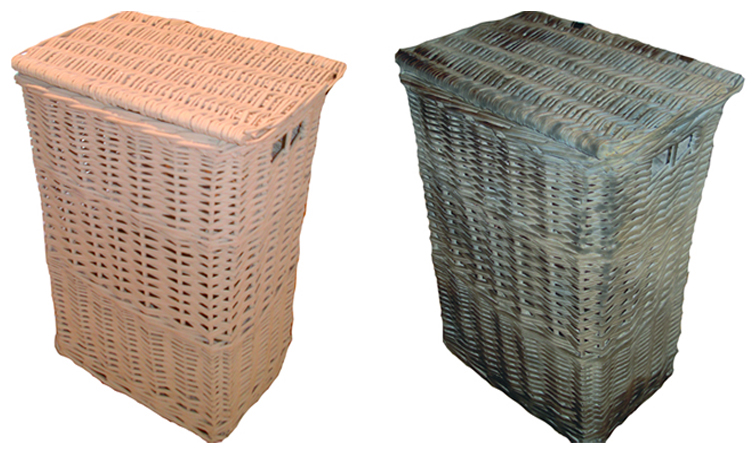 Dirty Down. Put it on everything.  Dirty Down is a production spray for props, sets, and costumes that essentially, well, makes whatever you spray dirty. It’s been used on the sets of The Force Awakens, Spectre, The Martian, and countless more.

It can be applied to literally everything — set pieces, costume fabric, paper, metal, windows, and so forth. While Dirty Down started with just one color, they now have several different dirtying and aging colors to choose from.

All the sprays are water soluble, which gives you more creative leeway in dampening part of the sprayed area, then rubbing it across the material/object to create streaks and patterns.

While I have my own technique for aging paper (you can find a video for that at the bottom), when you’re in a rush, a quick blast of this spray can change any piece of paper into a fantasy relic. 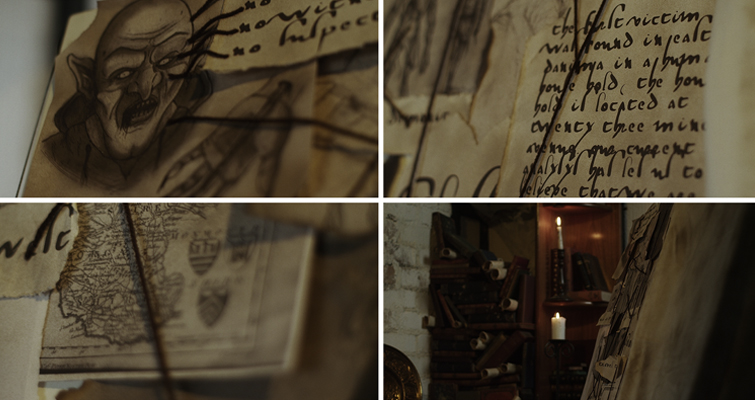 All paper within the stills above were sprayed with the Dirty Down spray, and they instantly became integrated into the scene as artifacts of the past.

Death is practically the main character on Game of Thrones. The same holds true for most fantasy epics, so mortality must be acknowledged. Gravestones are an excellent way to do so.

While the cheaper and more accessible option would be to place a cross in the ground to mark the dead, in many fantasy stories the religions of our world do not exist. Therefore, you’ll probably want to use a gravestone or other form of funerary art.

Gravestones aren’t the easiest to come by, and of course, the real thing can be expensive and cumbersome. 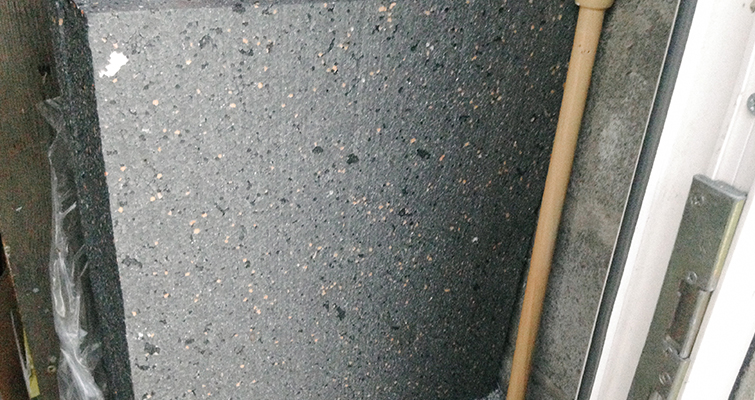 Here’s an efficient way to create a gravestone out of foam. As seen above, I bought a few slabs of foam which you can pick up next to nothing. This pack of three cost me £25/$31. But this was specifically purchased because of its color, as it’s already close to a stone color. 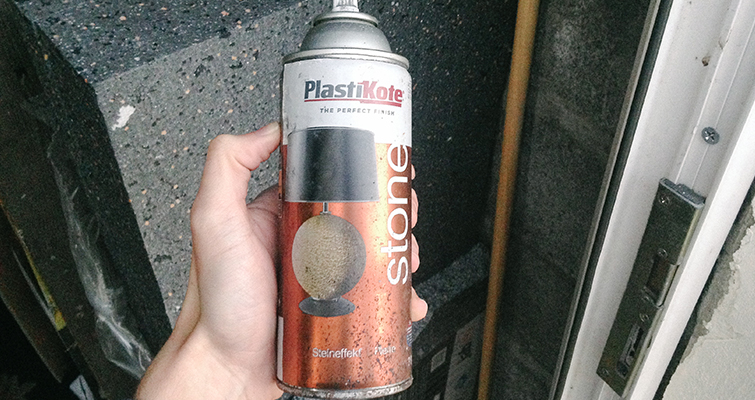 The second element needed here is stone spray paint. These are sprays that leave a textured finish and leave any smooth surface looking and feeling like the stone. It’s perfect for adding that extra bit of flare to a boring lampshade, or changing a plastic plant pot into something a little more elegant. 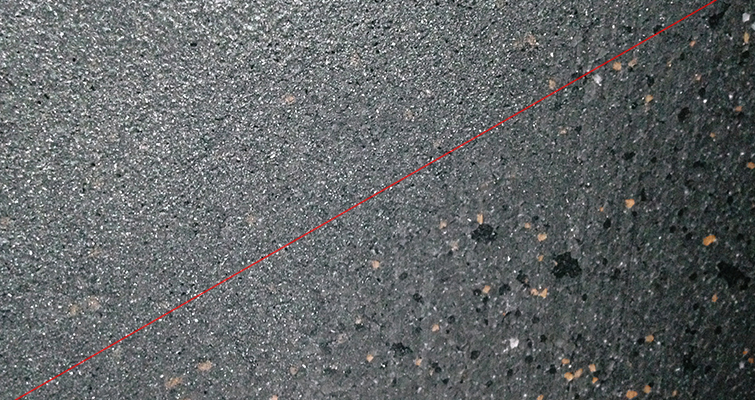 In our case? It was perfect for giving our foam board a gravestone look. In the picture above, I’ve sprayed a small layer onto the left side of the foam board. You can already see that stone-looking texture starting to appear. When you actually put time and effort into this, you can make a 1-meter foam board look like a slab of concrete.

It’s recommended to mark out the name and dates before spraying the board. You can do this with a simple carving knife. For best results, use a lighter color spray on the gravestone name and details. 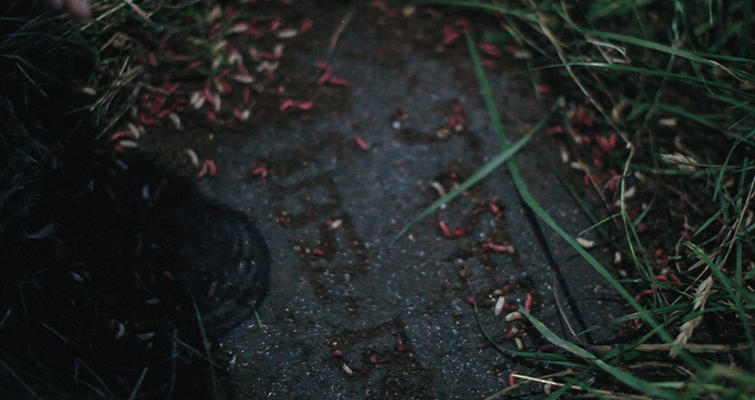 In the shot above, a character finds a fallen gravestone beneath the surface of the ground, and although the prop was only seen on screen for a few seconds, it worked really well.

IMPORTANT — test the spray on a small piece of the foam. Depending on what foam board you buy and the brand of spray paint, it may have an unwanted reaction.

Burn Your Candles at Both Ends — and Everywhere Else 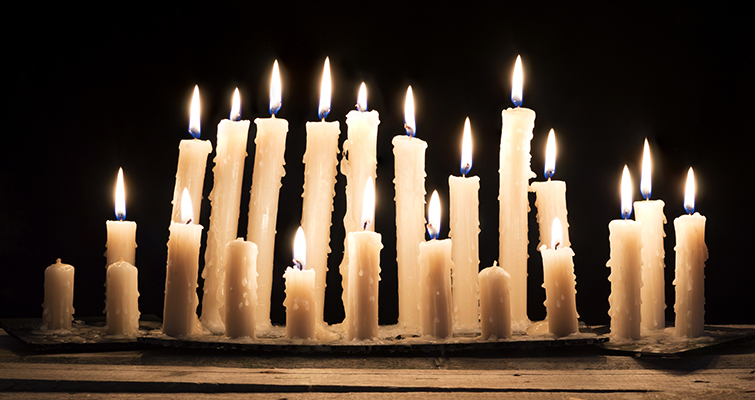 Candles are the main light source in period and fantasy film. In the Harry Potter films and Lord of the Rings trilogy, candles are scattered throughout most scenes.

If you pay close attention, you will notice that the candles never look like they’ve just been pulled out of storage. The candle holder/mantle piece is always covered with dried wax that has cooled down while it was dripping, and the candles look as if they have been burning for several hours.

While many candles used in fantasy films are specially hand made to sell that historic look, most candles are made in an endless automated machine process designed to crank out perfectly identical products.

This will stick out instantly, so you’re going to need to, essentially, age your candle. This can be done very quickly. Here’s my standard taper candle which has been placed into an aged candle stand, perfect for fantasy films. 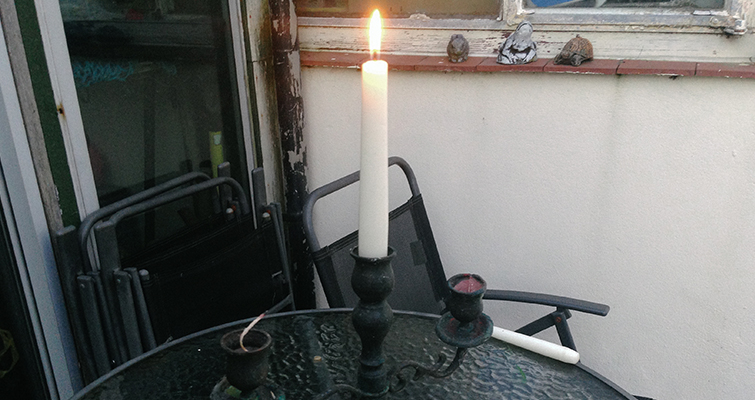 Light the candle in the stand. Then light a second candle to melt down and deform the shape of the primary candle. 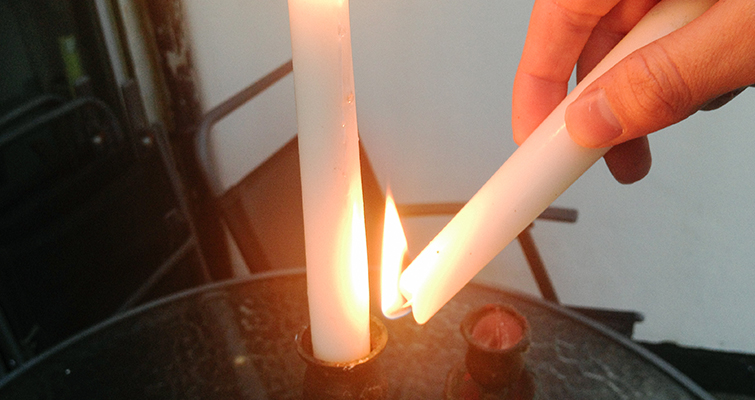 This will cause the candle to lose shape, and will also produce those fantastic wax drips which sell the effect of a used candle holder. You may find that the candle starts to form black wax drips which is caused by the burning of the wick. If this happens, take a lighter and quickly run the flame over the darkened area to remove it. 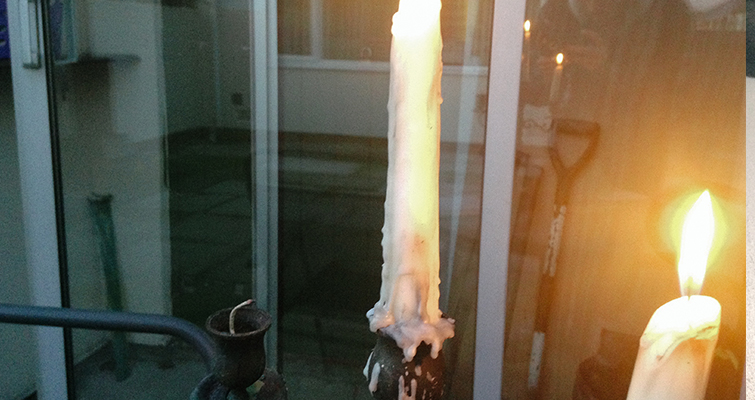 Above is the finished result. It took less than two minutes. This looks a lot more authentic and true to the era.

Rough Around the Edges Is a Good Thing

Is your character a poor farmhand who comes across an enchanted sword? Then why is the bedding in your character’s hut perfectly kept? It’s likely that this would be his only blanket, one which he has owned for years.

I find it puzzling when I see a fantasy short film for which someone took the time to find era-appropriate material, but didn’t take the time to age the material, whether it be a blanket, drapes, a flag, or clothing. They need to be frayed to look convincing.

This can be done very easily. Take a small sheet of sandpaper, wrap it around a wooden block, and vigorously rub the edges of a material until it starts to fray and tear. This will make any material in your shot look a lot more convincing.

As a bonus tip, here’s a video tutorial of mine in which you can learn how to make authentic looking scrolls and documents for the archives of your fantasy world.

Do you have any great tips or tutorials for fantasy props and set design? Let us know in the comments.