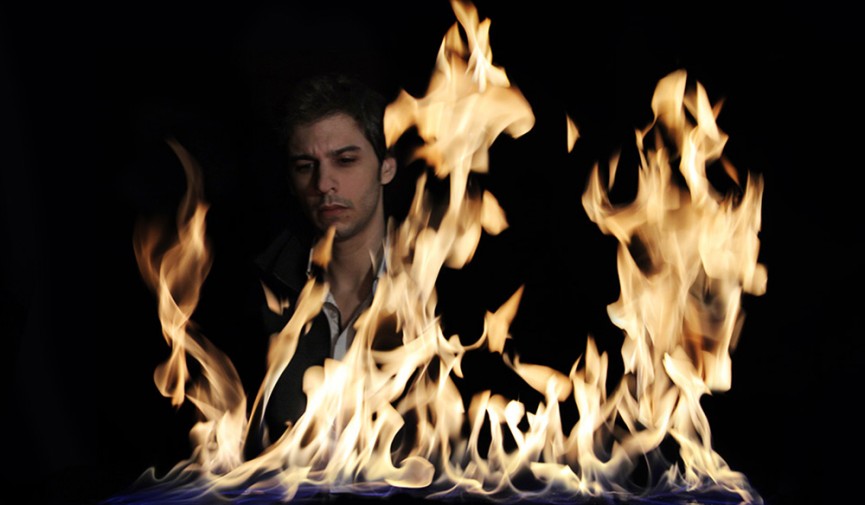 How to Create Original Work: A Q&A with Filmmaker Christophe Thockler

Christophe Thockler is a filmmaker with a propensity for creating innovative work. We shot a few questions at him to get insight into his creative success.

Originality is one of the hardest things to accomplish as a filmmaker. We are influenced by the films we watch , as well as similar stimuli from the world around us, so it’s not surprising that many films also share similar themes and visual styles.

We came across the following music video on Vimeo and were amazed at the creativity and originality. Its creator, Christophe Thockler, is a filmmaker/graphic designer that is known for his creative stop-motion and practical effects. His work has received 5 of the coveted Vimeo Staff Picks, not to mention thousands of likes. If you haven’t seen the music video check it out:

Crazy right? If you’re like us than you probably have a ton of questions for Christophe. So we reached out and he agreed to answer a few…

1. Many of your videos have been staff picked by Vimeo. Were you trying to get Vimeo Staff picked or did it just happen?

I was lucky enough to get those Staff Picks, and it’s really amazing, but unfortunately, there is no magic rule. It just happen sometimes if the staff enjoys your video. On the other hand, I try to do a little bit of communication by mailing art and design websites when I release a video.

2. What did the pre-production process look like for the “Victoria + Jean: Why Won’t You” music video?

Pre-production was not very complicated for this video. The band wanted something full of energy and [to me] the track immediately inspired fire. I wanted to create a video only using flames, different shapes, difference colors, sparks, smoke, etc… The challenge here was to make something metaphorically sensual and to try and stay entertaining for 3 minutes. 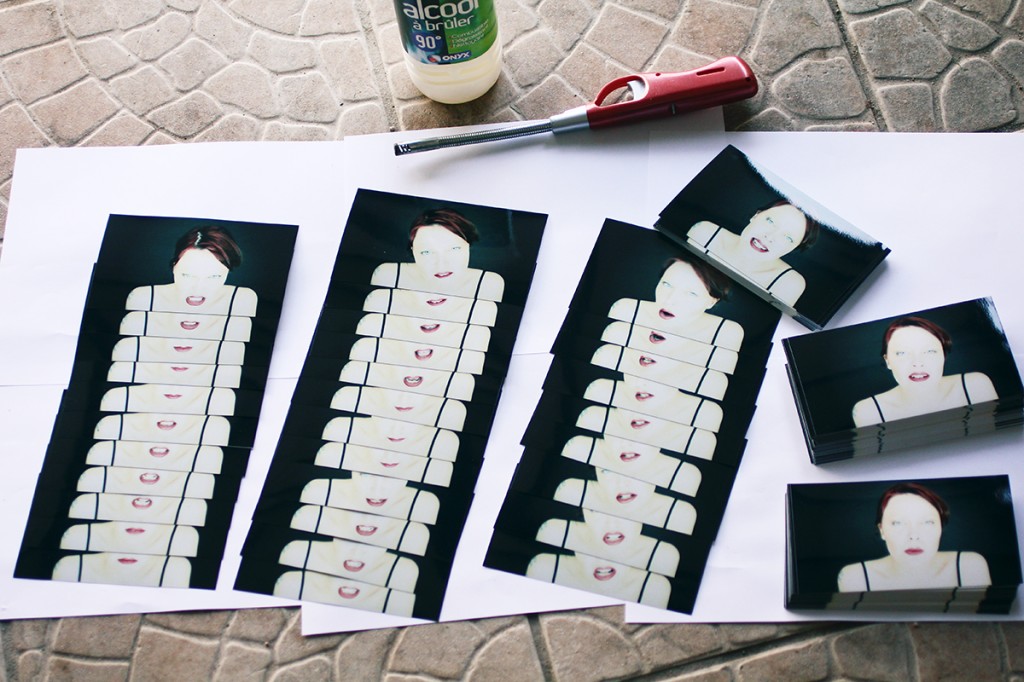 I quickly did a one night test with a simple lighter and sent it to the band. They enjoyed it a lot, so I knew the direction to take. I bought 10 liters of gasoline, 5 kg of powder and 10 boxes of matches, and started to collect used things that I would be able to burn for the video. With all this I was ready to shoot!

3. Did you encounter any problems on set?

I always encounter many problems during shooting. I am a DIY lover so everything on set is not perfect. You may be distracted at one time, and that’s where bad things happen. During shooting [in the past] I fell badly slipping on a block of ice, burnt my arms with sodium lights, shot under heavy rain and realized after 30 minutes that the place where I plugged all my powered material was flooded! I cut my hands various times, opened old french minitel computer screens with large stickers saying “Warning : X-radiation”etc.

But surprisingly, during the shooting of this video involving flames and explosions, there was no problem at all. I assume it was because I was afraid of working with fire, so I made sure everything was safe.

4. Did you have to take any special precautions to protect yourself and your equipment from the fire?

I wore gloves, glasses and a leather jacket, I also had a fire extinguisher and buckets of water near me. I put a black metal plate on an elevated chair to burn things, and managed to create safe bursts of flame with lighter gasoline. As the flames were not very warm, the camera was safe most of the time, however, during the sequences where the flames are coming in front of us, I simply put a window in front of my camera to protect it.

5. How did you achieve the amazing stop motion effect with the burning pictures?

The band was filmed playing guitar and singing. Then, I extracted frames from these videos and printed them in order to have 400 real photos. After that, I burnt all the photos one by one. I put my camera in front of my metal plate where the pictures were, put gasoline on them, then ignited them, one by one. I filmed every photo burning in order to be able to get the best frame, then I extracted two frames for each burning photo to achieve this real stop motion effect. 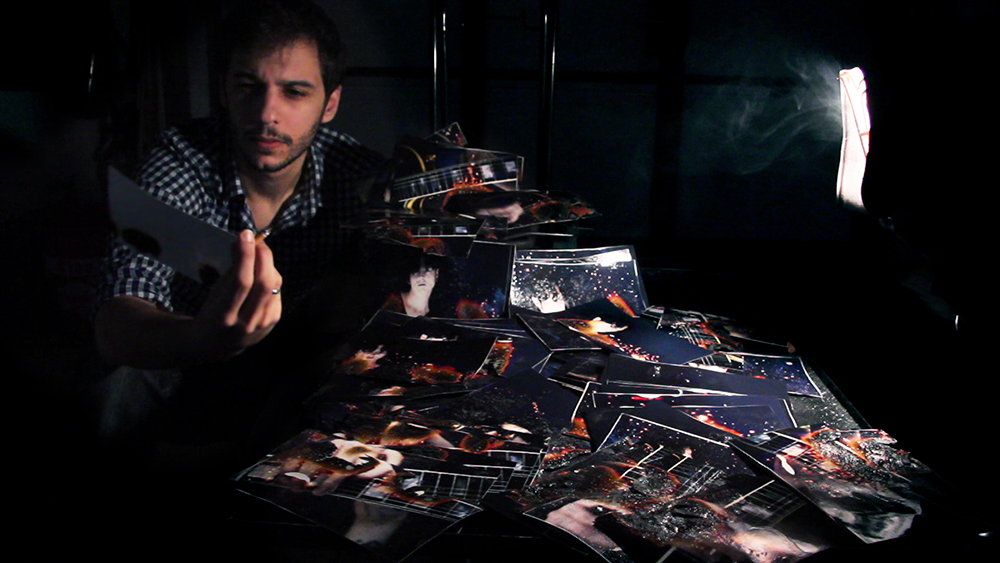 I sometimes do some Twitch sessions where you can see me, in live, shooting music videos. I recorded this session, and you can actually see me doing one of the photo sequence here (it’s in french, but full of tips).

6. It seems like there are a lot of post production techniques used to generate your desired effects. How did you approach editing? Did you find it easy or difficult to edit such an artistic video?

The amount of post production can vary from a music video to another. For the Why Won’t You music video, post production was really at the center of the project. The aim was only to use fire, so one challenge was to create a real variety of flames during shooting. The other challenge was to make something entertaining and play with the rhythm of the images and the song, and in the meantime mixing images together to get something smooth and interesting to watch. 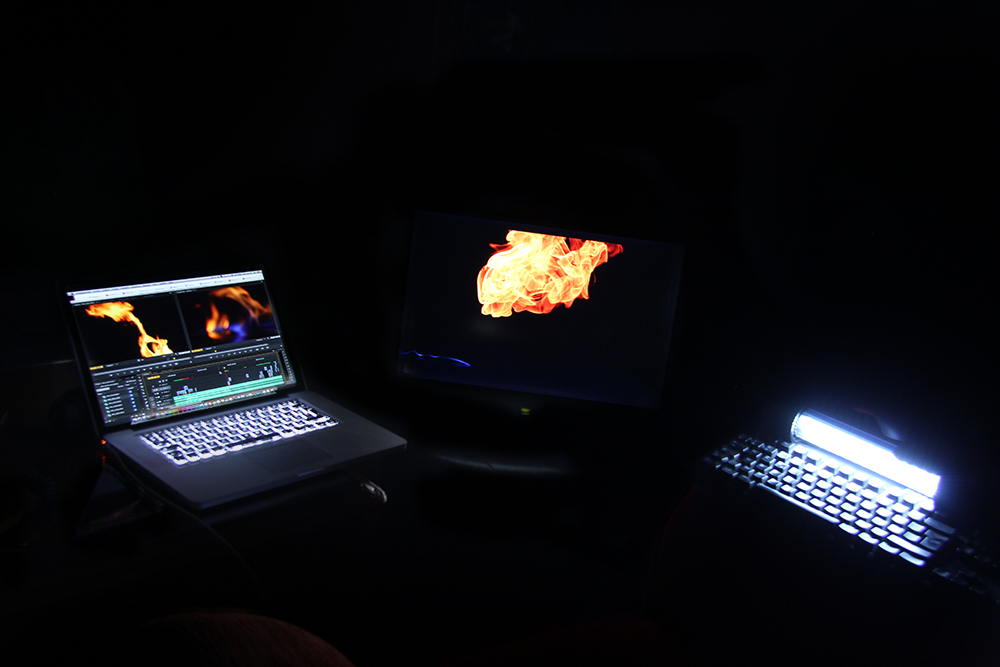 I must say that my favorite thing in this job is the shooting, I found editing a little bit harder because it can be playful, but not as much as shooting can be. That’s why I am not fond of storyboards for these kinds of projects, I like to make a small kind of blueprint of what I should do, and then I built everything piece by piece, from scratch, to slowly manage to link things together. For example, in this video, when I started to edit, I was not sure about how to illustrate the break in the song. After some attempts with slow motion flames, I tried to put some smoke instead, and I immediately loved the idea.

7. Where do you draw your inspiration from?

I think that a part of my inspiration comes from movies and music videos I saw when I was younger. I was a movie buff, but never had the chance to experiment video making. I only started to create things, for fun, when I get my first computer, when I was 23, and it was like all those things I saw started to emerge and mix together in my mind. I grew up in the 80’s and was a teenager in the 90’s, so I always loved stop motion, music videos like Peter Gabriel’s Sledgehammer or the ones directed by Gondry were mesmerizing.

Other than this, I really find inspiration in music. I have a sort of “inspiration trigger” which is very simple: I create a great playlist with music I love, put it on an MP3 player and wander a bit in the streets or in nature with my headphones on. I look at things, simple things like clouds moving behind a streetlight, leaves in the trees moving in rhythm with the music, etc. Try it and you will notice that everything around you can be interesting to look at…it’s a beginning. 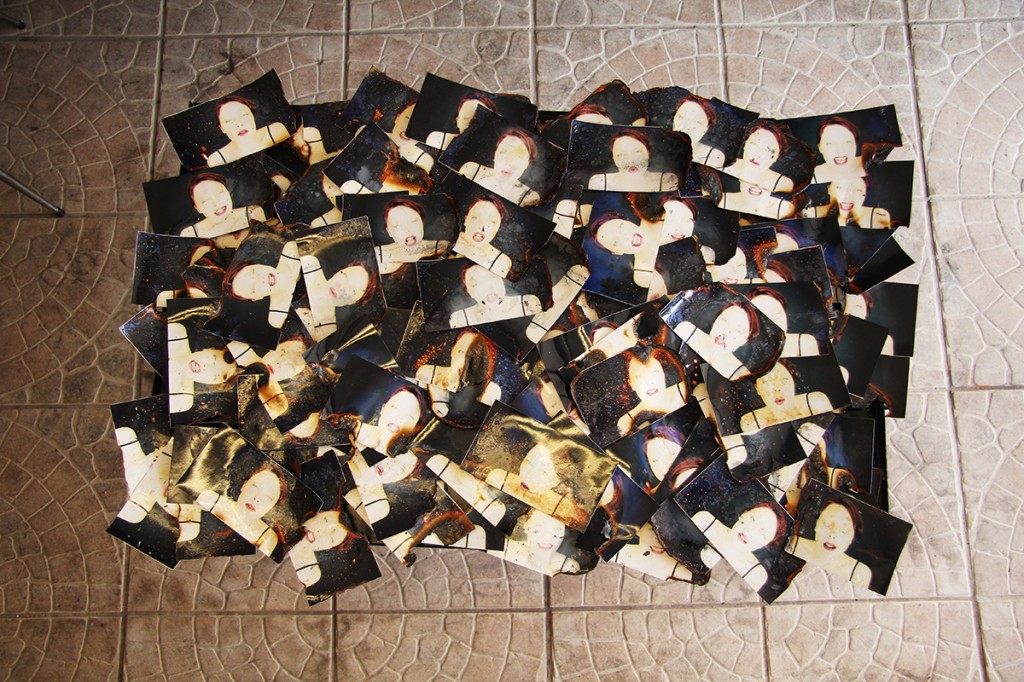 8. How important is originality to you as a filmmaker/artist?

I always try to do something I have never seen. Each time I have an idea I try to look over the Internet to see if someone’s already had the idea or not. Only then, if the idea is “fresh” I consider exploring it.

I am very demanding when I watch a video or a movie. I like original, well crafted works that wonder, intrigue or surprise me, so I simply try to make interesting things myself.

9. Do you feel like creating artistic videos is more or less challenging than creating “traditional” style videos?

Making an artistic and original video is always a challenge, and a very time consuming one. I have to find ideas, meanings and explore them, then, I start doing tests. My shoots take many weeks, not to mention editing. I do everything alone. I can spend 2 or 3 months on a video, I did some projects like Cusp or Un Jour come un Autre, made with more than 35,000 photos for 5 minutes of video. It’s a challenge every time!

When you do something artistic, you have to be able to move the viewer, only with images and what that conveys. I am really into onirism and dreamlike extra diegetic narration. I like the idea that, in my videos, each viewer can see something different and create his own story. It may not sound very complicated at first sight, because for some people there is no “real” story, but there is a lot of thinking behind every frame. I also put a lot of thought into how sequences are mixing together to get something metaphorically interesting. 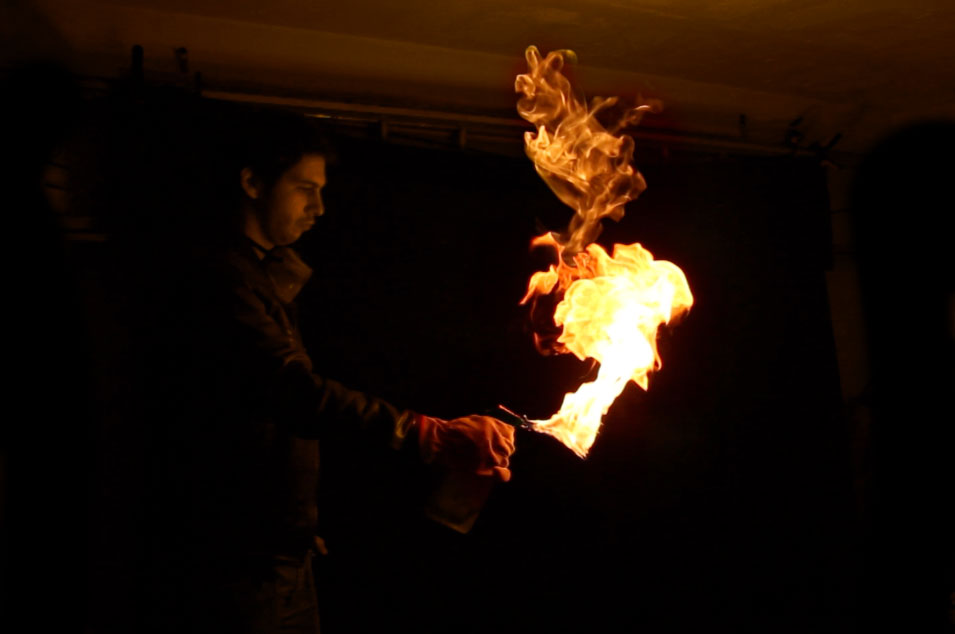 What I like in video (and what cinema nowadays tends to forget), is the narrative power of images…how a camera angle and the relation of two shots can create meaning with the power of suggestion, without any dialogue or any narration technique. This was the cinema style of Sergueï Eisenstein or Dziga Vertov, and what a beautiful one.

But I’m sure that creating ‘”traditional” videos, if the director is really passionate and into what he is doing, can be very complicated too. I like devoted directors, because you can see a lot of passion and thinking in their work, even if what they are producing is not very artistic. I’m sure that, for example, some documentaries made by Werner Herzog were quite challenging to do.

10. What advice can you give someone who is looking to create a one-of-a-kind video?

11. Where can people see more of your work?

What did you think of this video? Share in the comments below.