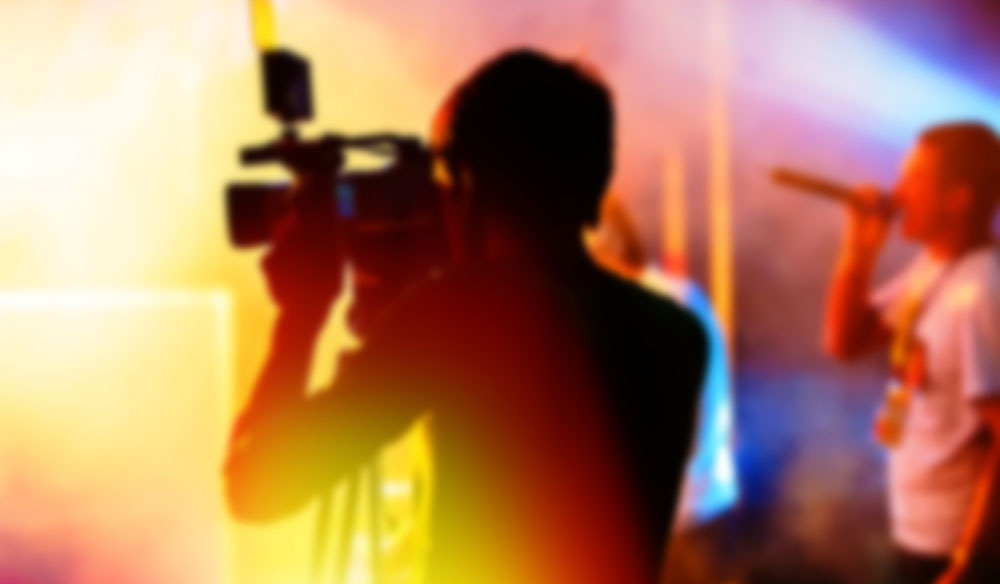 Shooting a concert for a solo artist or a band? Here are some tried-and-true approaches you can use to pull the project together.

We’ve all been there. You have a friend who plays drums in some killer new band, who found out that you “do film and video stuff” and is begging you to come film his band’s concert next weekend. And, of course, because you want to be a good friend, you agree to do it.

How much does it pay? Well, if they’re just starting out, probably nothing, but you can at least get in the venue for free — and maybe a few free drink tickets.

If this exact scenario has happened once, it’s happened a thousand times. At this point, it’s just part of the industry. If you own a camera and know how to use it, your friends, family, and loved ones are going to ask you to film — often for free — and you’ll do it more often than not because it’s good experience, and it’s fun. (And you don’t want to feel like a bad person for turning them down.)

So, here are five ways to make your concert videos really stand out.

(Note: For all the approaches mentioned in this article, recording quality sound and audio are key! Here’s a good article that breaks down some audio tips — including how to hook up to the board and where to put your audio recorders.)

1. The Old-Fashioned Camera on a Tripod 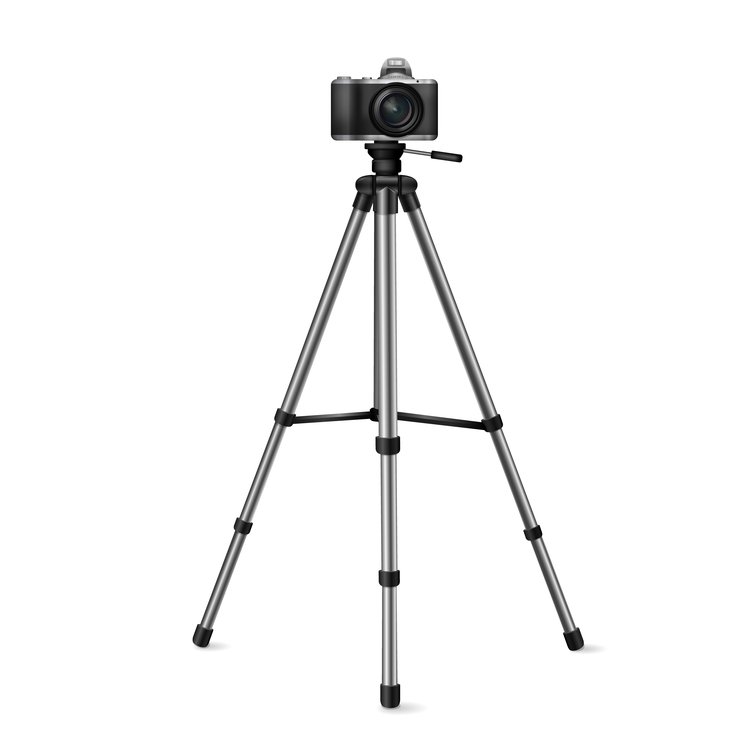 So, your first option is going to be the easiest (read: laziest). Alternatively titled the High School Talent Show Setup, this setup is still a favorite among some filmmakers and videographers. You set up a camcorder in the very back of a venue and shoot the concert as wide as possible. (If the concert footage is for some sort of civil lawsuit, this is what you’d expect to see.)

As a style, it’s pretty much the worst. So unless you’re looking to own it and make it ironic, sarcastic, sardonic, or whatever, you might satisfy the minimum requirements of “shooting a concert,” but said friend may never speak to you again.

One of my favorite creative approaches could also be called lazy in the sense that it’ll require minimal editing, but it can actually create a much more engaging and fun video. The single-take style is just what it sounds like: you start recording at the beginning of a song and — ideally — move your camera slowly around the performance, highlighting the different aspects and musicians.

An even more creative approach would be the “La Blogotheque“ style, where you actually begin your handheld recording far away from the concert (even outside the venue all together), and you make your way inside. When done right, this can be quite engaging — and very vérité.

If you have the luxury of multiple cameras (and hopefully multiple shooters), this might be your best option. It’s also definitely the most professional way to film a concert — if you’ve got the budget for it — as it gives you complete flexibility in the edit.

Ideally, you’d have one camera on every band member. These camera shots could be static on a tripod or monopod, so they can follow (and adjust focus) as the performer moves around. From there, since you’ll be splicing them all together in the edit, you can have some fun with the cinematography and try different camera tricks like reveals and rack focuses.

In many ways, the GoPro (and other action cams) has changed the way we record concerts. While they don’t record the highest quality (or the most cinematic) footage, their rough-and-tumble design and universal mountability make them very practical for filming from hard-to-reach places.

Another style that has sprung up is the point-of-view camera. You’ll most often see this with one of these ridiculous head mounts or sports kits. Since it worked for motorbikers, it didn’t take long for bands to jump on the trend. 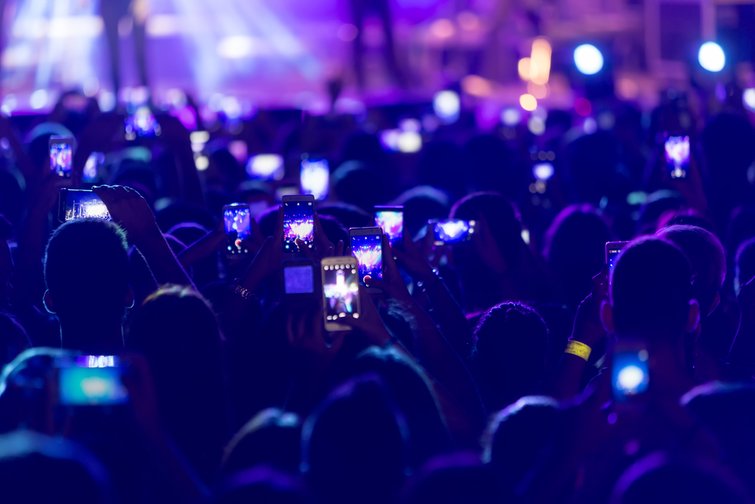 These days, if you go to a concert and watch the crowd, you’ll see an ocean of fans holding up their smartphones and taking pictures — and more often than not, recording part or all of the show. Love it or hate it, it’s the way of the world.

However, it’s a style you can embrace — if you’re willing to do some legwork to put it all together. While I wouldn’t recommend recording an entire show through Snapchat (which can get pretty annoying), if you can track down some smartphone recordings, it can be a cool stylistic break for a few shots in your video. Or, if you don’t want to track down everyone at the show who recorded on their phones, you can always edit your footage to look as if you shot it on a smartphone.

For more videography and filmmaking resources, check out these articles: