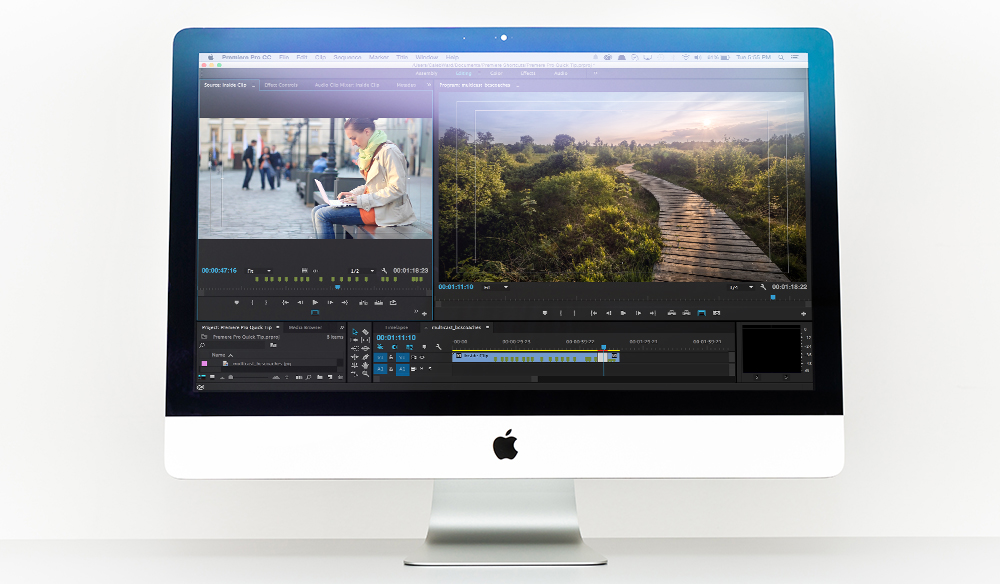 Real talk: the classic 20% crop Title Safe is completely unnecessary for the modern editor. Here’s why.

If you’ve spent a lot of time in the industry, odds are you’ve heard about the term title safe. Some editors will swear by adhering to default title-safe guides — but should a modern video editor follow them? Let’s take a look at title safe and discuss why you may not need to use this old-school method of laying out text.

What Is Title Safe?

Title safe is/was a designated area inside a video frame in which you could place text without worrying about the words getting cut off by the edges of the TV. Every major video editing application has title-safe guides that will pop up over your image so you know that your text is in the designated safe area. Many editors still stick to these standards. You will typically see a title-safe guide and an action-safe guide pop up together.

The title-safe guide will be the inner box and the action safe will be the outer box. As the name implies, title safe is the area where titles are supposed to go, and the action-safe area is where any important moving parts should be. However, these guides are flawed. To understand this, we need to take a step back into the not-so-distant past.

In the days of tube-based TVs, a TV set would use a picture tube to project the image onto the screen. Inside the picture tube was a series of magnets that, over time, would wear out, resulting in a cropped and warped image known as pin-holing. It was a common problem, and it stands to reason that broadcasters would want to keep all text away from the edges of the frame.

So, in 1961, SMPTE issued SMPTE RP 8, which created a 20% cropping guide for broadcasters to place their titles in. This would ensure that 100% of the viewers at home could still see the titles. However, it’s not the 60s anymore.

As of 2014, 80% of all households have HDTVs. Out of those households, 75% of HDTV households watch video primarily on an HDTV. HDTVs, unlike digital projection TVs, don’t use tubes to project their image. Instead, HDTVs use pixel-based technology that doesn’t degrade over time. This means that image cropping stays consistent and certainly won’t dip down into the 20% default crop for title-safe areas.

That’s not to say that HDTVs don’t crop. HDTVs have a cropping issue as well, but it’s not quite the same as the cropping issue found in old CRT televisions. Most modern HDTVs have a small 3% crop inwards, known as overscan. The reason for this: some broadcasters simply leave garbage pixel information on the edges of the frame. Sometimes broadcasters will put important broadcasting data into the edges of the frame, known as a blanking area, so it would stand to reason that a audience doesn’t want to see distracting blinking pixels on the top of their screen. 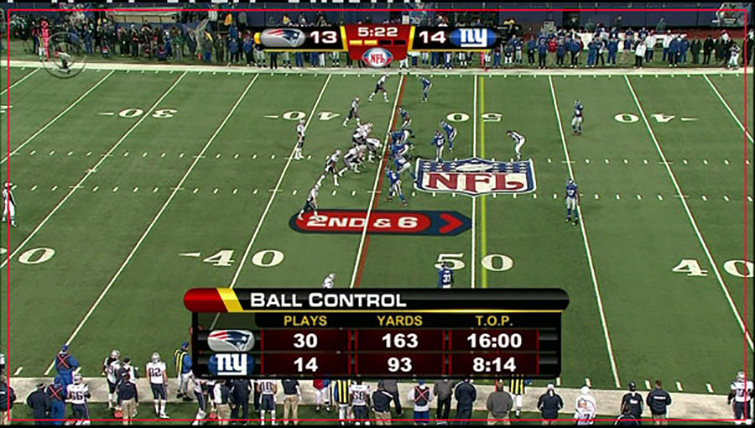 Overscan example from Engadget. Notice the black and white vertical line at the top left of the image? That is an example of a blanking area.

While this cropping is annoying, most modern TVs allow users to change to a 1:1 pixel mapping, which will get rid of the overscan cropping. However, most HDTVs have overscanning by default, meaning there’s a good chance that your audience is watching an overscanned image at home. Side Note: This is why modern video games make you set the boundaries of your image frame when you log in for the first time. 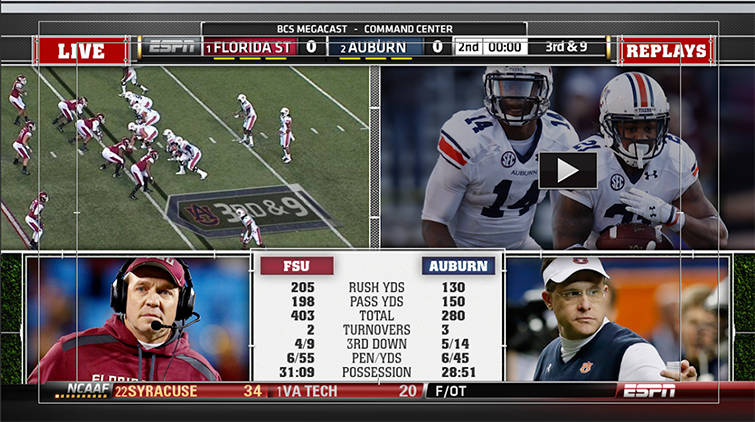 Notice how even ESPN’s logo only fits within the 10% action-safe box, not the 20% title-safe area.

In an effort to address overscanning issues, and the shift from SD to HD in 2008, the SMPTE ST 2046-1 broadcasting standard was introduced. It stated that the new standard for HD broadcasting was a 93% crop action safe and a 90% title safe. This accounts for overscanning, only without the absurd 20% title-safe crop that was the broadcast standard in 1961.

However, most editing applications will have the old 20% crop title safe and 10% action safe as default. This is simply unnecessary for modern editing. You can change the default percentages to 93% and 90% respectively in most major video editing applications. Here’s a look at the difference created by the new title-safe margins.

The biggest takeaway from this should be that the classic 20% title-safe crop is unnecessary for modern editing. In fact, if you’re using a 20% default title safe as your guide, you’re continuing to use standards that were around from before we landed on the moon! If you simply adhere to the SMPTE standard 10% title-safe crop, your audience will still see your titles.

For more information on this change in the industry, check out the TV Safe Area Redefined white paper from NAB.

Should we be adhering to old title-safe standards? Share your thoughts in the comments below!