The most famous scene of Alfred Hitchcock’s career may have actually been shot by famed illustrator, Saul Bass.

Alfred Hitchcock’s Psycho reigns as one of the most critically acclaimed movies of all time. The film has scared audiences for 54 years and the directoral genius Alfred Hitchcock gets most of the credit. But in some breaking news, first reported by Vashi Nedomansky, the famous ‘Shower Scene’ may have not actually been shot by Hitchcock. Rather, there’s now compelling evidence to suggest that illustrator Saul Bass was the actual director of the scene. 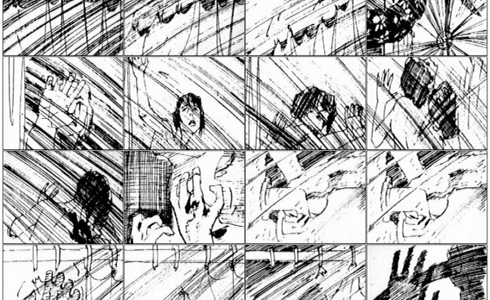 Hitchcock and Bass both claim to have directed the scene but evidence of Saul’s involvement extends far past speculation. Bass was commissioned as a Pictorial Consultant for the scene, for which he created 48 stylized storyboards. Which bear striking resemblance to the actual shots used in Psycho. Moreover, Bass had the following to say about his experience shooting Psycho:

“When the time came to shoot, I was on stage near Hitch, who was sitting in his elevated director’s chair in his Buddha mode, hands folded on his belly. He asked me to set up the first shot, as per my storyboard. After I checked it through the camera, I turned to him and said ‘Here it is.’ Then Hitch said ‘Go ahead, roll it.’ It was an amazing moment. On Hitch’s set, no one would issue orders other than Hitch. So I swallowed hard, gulped and said ‘Roll camera! . . . Action!’ He sat back in the chair, encouraging me, benignly nodding his head periodically, and giving me the ‘Roll’ signal as I matched each shot to the storyboard.”

The story seems too vivid to have been made up but to accept it’s validity is to take credit away from Hitchcock. Hitchcock obviously denied the claim by stating:

“He [Saul Bass] did only one scene, but I didn’t use his montage. He was supposed to do the titles, but since he was interested in the picture, I just let him lay out the sequence of the detective going up the stairs, just before he is stabbed.”

The world will probably never definitively know who shot the famous “shower scene” but what we do know is Bass’s illustrations are strikingly incredibly similar to the final shots in Psycho. Furthermore, Bass was paid $17,000 for his work, which would have been a lot of money for a commissioned illustrator, but not for a hired director.

The following video by Vashi Nedomansky shows Bass’s illustrations side by side with the actual shots from the scene. Take a look and let us know what you think. Was the most famous scene in Psycho shot by Saul Bass? Tell us in the comments below.