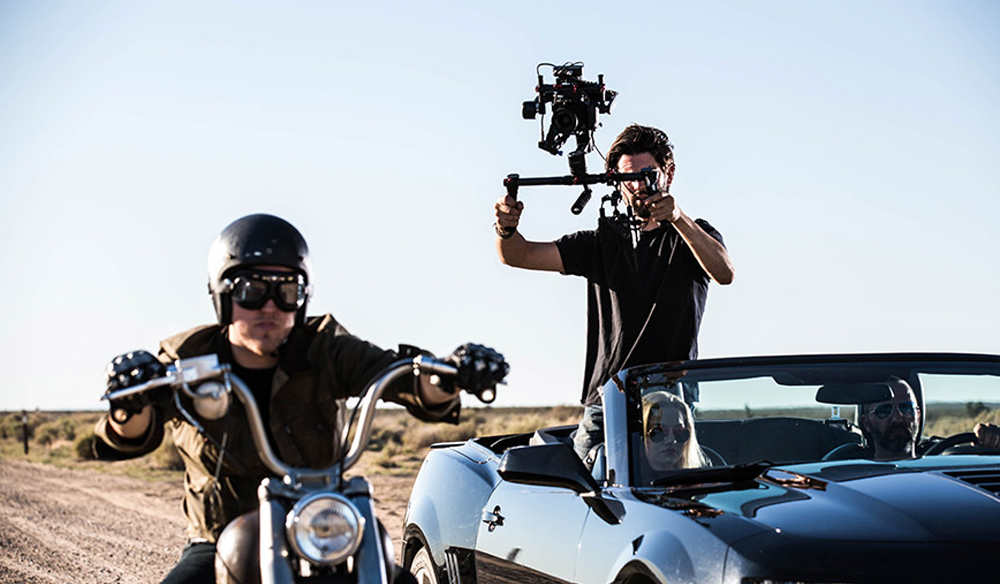 At half the weight of the original stabilizer, the Ronin-M is a welcomed upgrade to the Ronin.

Aside from amazing new camera announcements, NAB 2015 is also a great place to find new accessories to go along with those new cameras. One of the most exciting new accessories to be released this year is the DJI Ronin-M, a sequel to their wildly successful Ronin gimbal stabilizer.

At less than half the weight of the Ronin, the Ronin-M is a fantastic motorized gimbal stabilizer designed to work with any camera less than 8lbs. The stabilizer offers about 6 hours of battery life which could be an issue if you’re on set for a long time.

The Ronin-M has been designed to be more compact than the original Ronin, making it a better choice for lightweight cameras or tight shooting situations.

The good people at News Shooter have created this awesome demo video from NAB 2015.

If you want to see footage of the DJI Ronin-M in action, check out this quick teaser trailer for Lifted, a short film that will be released Friday the 17th.

Other notable specs for the DJI Ronin-M include:

The DJI Ronin M is expected to be priced below $2,000 and will be available for pre-order before the end of the month.

What do you think about the new DJI Ronin-M? Will it integrate well with your current setup? Share your thoughts in the comments below.

News courtesy of No Film School.