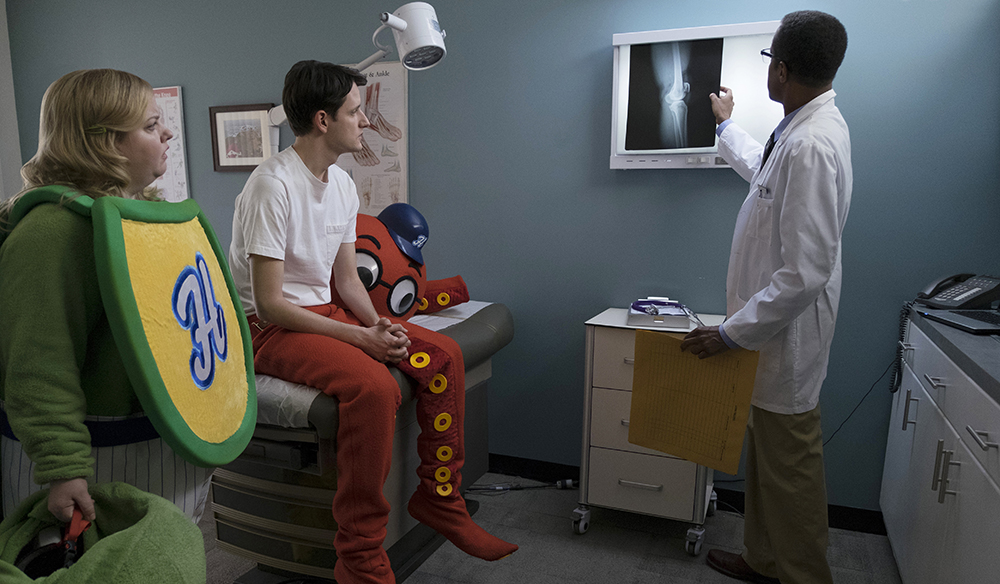 Actual Documentary Tips You Can Learn from Popular Mockumentaries

Documentary filmmaking is no easy task. It takes years of work honing your chops and practicing the skills needed to produce, shoot, and edit meaningful stories, that engage and excite documentary audiences.

And while the documentary industry might be growing in terms of micro-ized content, it still takes filmmakers with a keen understanding of what makes documentaries tick. From finding interesting subjects, to crafting concise narratives, to shooting intense, personal moments, all the elements that make a good documentary can also be found in the genre’s sardonic cousin — the mockumentary.

So, using some of the most popular mockumentaries from the past, let’s take a look at some of the intrinsic lessons you can learn and apply to your documentary endeavors.

The Characters Make the Story 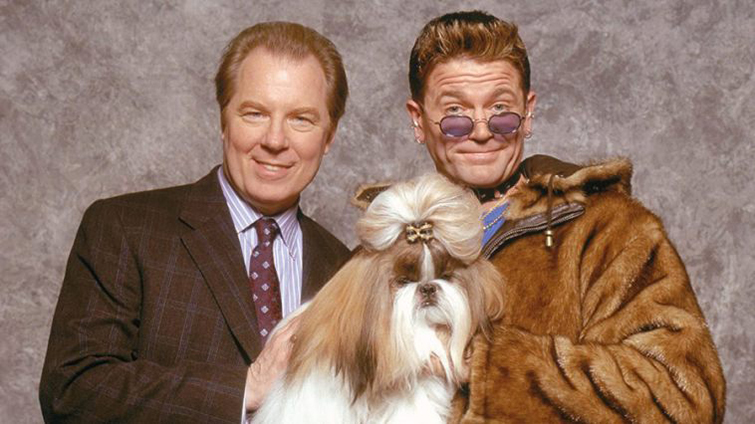 Image from Best in Show (via Warner Bros.).

Just like a mockumentary, your documentary project(s) will only be as good as your subject(s). Yes, sometimes your subject is a concept, cause, or event, but it’s the characters therein that make the story. Best in Show, for example, on the surface is about the Mayflower Kennel Club Dog Show in Philadelphia. But, it’s really about dog owner characters who are the main subjects.

Similarly, a documentary like American Movie is about the making of an independent horror film, but really it’s about the main lead Mark Borchardt and an eccentric cast of characters, in small town Wisconsin. The trick for both is to create, find, and bring your unique characters to life on the screen.

But Conflict Drives the Narrative 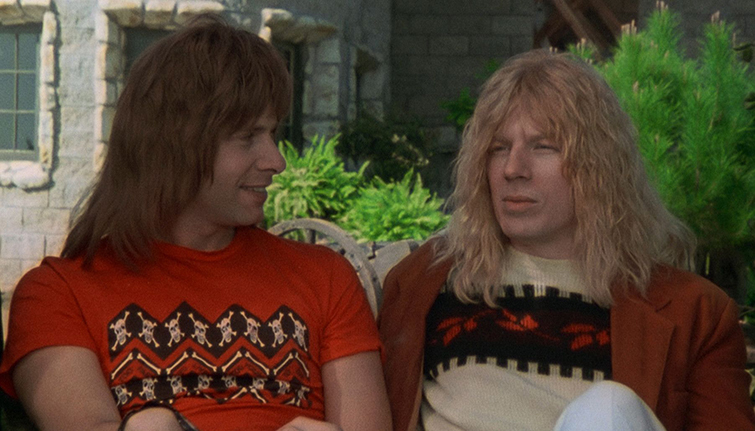 Image from This is Spinal Tap (via Embassy Pictures).

Because they are fiction and often scripted, mockumentaries will always have the advantage over documentaries in terms of developing intriguing conflict and strong narrative arcs. Not that real life isn’t ripe with conflict, but mockumentaries get the luxury of manufacturing the drama.

Take This is Spinal Tap, for example, directed by Rob Reiner and written by its ensemble cast. The mockumentary film lampoons heavy metal culture and the classic rock-style documentaries that seem to exist for every band ever. And while it’s about the music, the inevitable conflicts that arise between band members over their rise and fall are what drives the narrative.

Image from What We Do in the Shadows (via Paramount Pictures).

Documentary filmmaking can often be an art of finding a delicate balance between personal privacy and capturing true intimacy. Mockumentaries don’t actually have to deal with filmmakers being too intrusive of making its subjects uncomfortable because it’s dealing with professional actors and fiction.

What We Do in the Shadows makes great use of this verite-esque style of filmmaking. It employs a number of techniques to suggest that the documentary crew is sneaking around and finding creative ways to capture intimate moments by shooting through windows, relying on audio recordings, or filming from extremely far away.

Documentary filmmakers deal with much more difficult practical and ethical concerns, though. You should never exploit your subjects or document them without their consent. And, even if they do allow it, get their wishes in writing in case they change their mind.

Unless you’re doing expose-style work, only capture intimate moments with previous consent. However, if the subjects agree, keeping space and finding the similar methods to capture private scenes, without obstructing them or distracting them, can become some of your most powerful documentary moments. 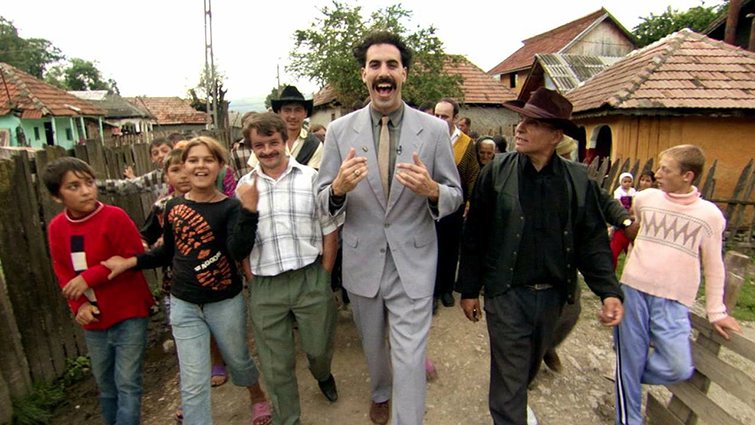 For practical purposes, documentary filmmaking comes in all shapes and sizes. Some docs shoot single camera and make sporadic use of lighting or external equipment. While others use multiple cameras and feature high production quality interviews and motion graphics.

One mockumentary that truly captures the more DIY documentary style would be Borat — or at least based on the segments featuring him on Sasha Baron Cohen’s Da Ali G Show. For an HBO produced program, the show works hard to hide its production values with camcorder quality footage and small crews.

However, if you watch it, Borat is a masterclass in balancing character interactions and reaction shots. Most of the show’s humor comes from the authentic reactions from the non-actors being interviewed. Similarly, for Cohen’s Ali G and Bruno characters, the crew puts as much of the focus — if not more — on capturing reactions and responses to the main subjects’ dialogue and actions. 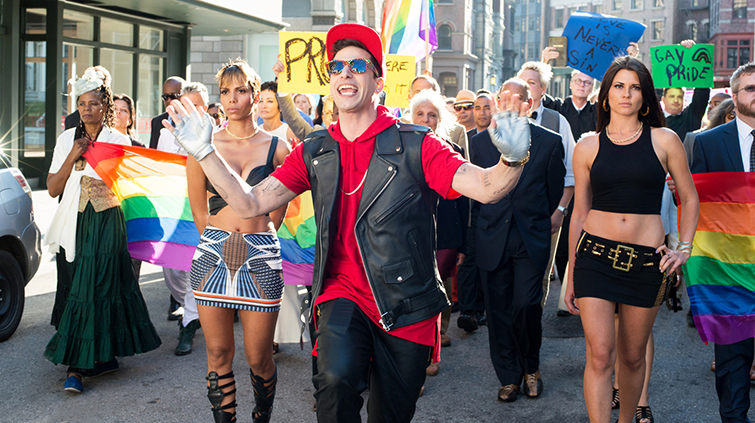 It’s odd to think that the mockumentary genre has predominantly been used to create comedy. Conversely, documentaries are often thought to be a more serious (or somber) art form that shines a mirror upon society with the hopes of eliciting change. However, as the medium has developed and grown, humor has found its way alongside it. Documentaries themselves have found more ways to entertain.

The Lonely Island’s Popstar: Never Stop Never Stopping is one of the latest in a line of parody mockumentaries that satires recent pop culture phenomenons, placing them in a comical light. You could even say it’s still meant to explore, or poke fun at, things that society actually takes seriously.

Documentaries are no different. For the ones looking to provide information in order to help bring about change, part of the appeal to audiences can be expressed through the same funny principles.

Cover image from Mascots (via Netflix).

For more documentary filmmaking tips, tricks and advice, check out some of these articles below.